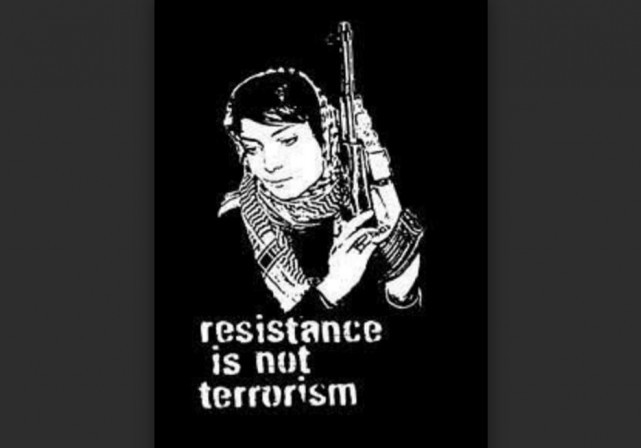 The Popular Front for the Liberation of Palestine (PFLP), a US-designated foreign terrorist organization, has endorsed the Mapping Project, even as others including the Palestinian BDS National Committee disavow it. 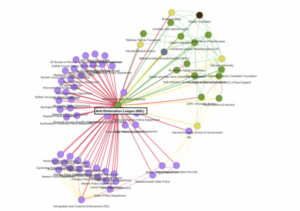 Founded in 1967, the PFLP has “carried out a long list of terrorist attacks in the international arena, particularly hijackings against aviation targets,” according to GlobalSecurity.org. Rasmea Odeh, the supermarket bomber whom we have covered extensively, was prominent in the PFLP. Convicted PFLP terrorist Leila Khaled [see Featured Image], the first female airplane hijacker (she hijacked one plane and tried to hijack another), is deemed by the Israeli security service, the Shin Bet, to be part of the Jordanian command of the PFLP. Odeh and Khaled are heroes among anti-Israel activists on campus, where the PFLP is widely supported.

Prominent terror attacks it has carried out have included:

The PFLP is also believed to have planned three other attacks carried out with the help of the Japanese Red Army:

The Mapping Project is an anonymous self-described “multi-generational collective of activists and organizers” that may or may not be an alter ego of BDS Boston. We previously wrote about it here. The Mapping Project runs a website purporting to connect pro-Israel Jewish billionaires – and any Jewish (and non-Jewish) institutions supported by them – to oppression of Palestinians and of minorities in the U.S. As the website’s title suggests, it maps the locations of these supposed Jewish “oppressors” and lists specific addresses.

The Mapping Project has received serious blowback. As our prior blog noted, many politicians have denounced it. Apparently sensing the political wind, the Palestinian BDS National Committee sent a letter to BDS Boston directing it to take down the Mapping Project from its social media and dissociate itself from the project, or else to “remove the BDS acronym from your name.” The letter acknowledged that by promoting the Mapping Project, BDS Boston was “promoting messaging which indirectly advocates for armed resistance and associating with groups that do,” and that furthermore, “The association of the BDS name with such groups and activities hurts our entire movement…”

I have obtained a letter that @BDSmovement sent to @BDSBoston telling them to take down the Mapping Project from their social media or else "remove the BDS acronym from your name." "The association of the BDS name with such groups and activities hurts our entire movement." pic.twitter.com/czRYWFLjRL

It also issued a public disclaimer, captioned, “Palestinian BDS National Committee Has No Connection To and Does Not Endorse The Mapping Project.” Naturally, the BDS National Committee could not resist the opportunity to claim the “Palestinian solidarity movement” was the real victim here – not the Jews against whom the Mapping Project “indirectly” advocated for violence. It also baselessly accused AIPAC and the ADL of being “anti-Palestinian racists and apologists for Israeli apartheid…”

But the Mapping Project has found a stalwart supporter. Enter the Palestinian Front for the Liberation of Palestine. According to a PFLP press release (who knew terrorist organizations issued press releases?),

The Mapping Project was just endorsed by the PFLP help I can’t go on like this. pic.twitter.com/wrPBjg4IFk

Moreover, both groups try to present their hatred of Israel as an anti-colonialist “liberation” struggle that other so-called liberation movements would naturally want to support. The Mapping Project constantly uses the language of “apartheid” and “white supremacy,” and portrays the Israeli fight against terrorism as analogous to supposed police oppression of black people in America. The PFLP endorses it using similar language:

We in the Popular Front for the Liberation of Palestine, at a time when we value the launch of this project and see in it a new and qualitative addition to the campaigns to confront the Zionist entity through the use of new technology and documented information, we call for the unity of the joint struggle in the United States with the various liberation movements and friendly forces to confront the mechanisms of… [t]he whole racist system and its bias towards reactionary regimes around the world.

Aesop, the ancient Greek fabulist, observed that “A man is known by the company he keeps.” The anonymous Mapping Project should be known as the fellow traveler of rejectionist terrorists.

The elite of the American left are in denial about left wing support for anti-Semitic endeavors. They bail Antifa out of jails, minimize the destruction of entire neighborhoods, and ignore the threat to themselves and their loved one.

I note this involves Massachusetts. Despite the recent 2A rulings, try owning or using firearms there.

Hey, I bet that “assault weapon” graphic sent naughty tingles up their legs!

This is Obama’s third term: wait till the terrorists pouring across our border start their work.

Muslims fought a war to abort the Jew. Muslims lost ground to the burden. Muslims demand to Roe, Roe, Roe their burden, gayly into the sea.

Change the “targets” to, say, Muslim schools, etc. and see how that goes over.

I’m so disgusted by these vile Muslim supremacists/terrorists and their Jew-hating, Dumb-o-crat enablers and allies. They are birds of a feather.

“Are you the Judean People’s Front?”

Once more with feeling: ‘Palestinians are not a people,’ and ‘Palestine’ is not a nation. Until 5 minutes ago, no one gave a crap about this geographic region alternately called levant, palestine, and, of course, Israel. The empires of the world – from Egypt, Rome, France, Ottoman, Germany, USA – used as a desert highway for greater conquest, and a destinations for Jews.