Prestigious private schools affiliated with the National Association Of Independent Schools host events with “Drag Story Hour NYC” and “Sez Me”, using drag culture as a vector for gender ideology. 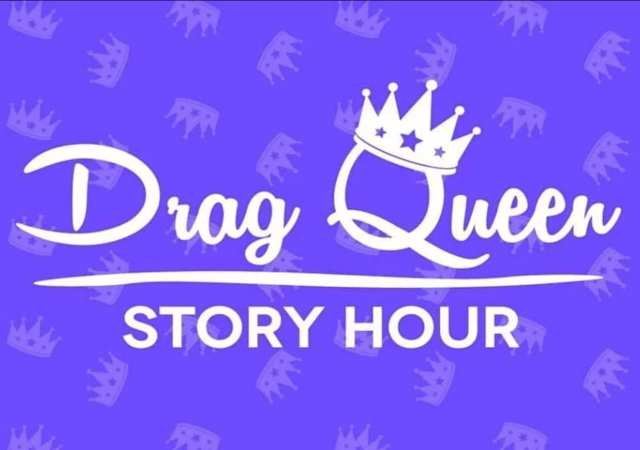 Ignoring parent concerns that schools are inappropriately introducing their children to drag culture, private schools in the National Association of Independent (NAIS) network have also hired men dressed in “drag” as women to hold events for students.

In 2021, Grace Church School (where I used to work) virtually hosted a collaboration with Drag Queen Story Hour NYC and Sez Me, a curriculum developer that promotes gender ideology in their video series and “DragTivity Book” for kids.

At the event, a performer named Cholula Lemon reads the book Neither by Airlie Anderson, a story about a hybrid creature who leaves the constricting world of “This” and “That” to find acceptance only in “The Land of All”.

In an interview for “Thotyssey: Peek Through the Glory Hole of NYC Nightlife,” Cholula shared early experiences in the New York City drag scene:

“Peppermint (née Gummybear) was my introduction to live drag in NYC. She used to host a weekly underwear party and hot body contest at an East Village bar called Opaline; it’s closed now, but that’s also where I saw Amanda Lepore for the first time and was immediately mesmerized.” 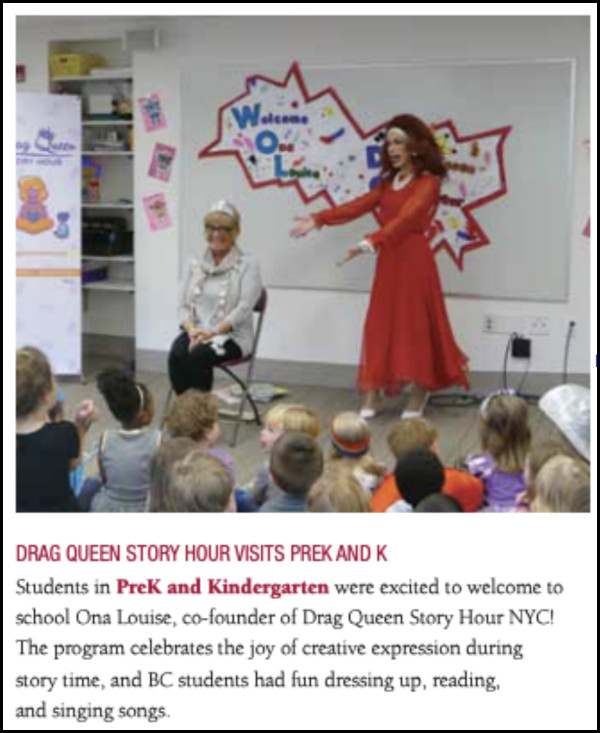 In Aimee’s 2019 interview with Erlich for “Mutha” Magazine, Erlich said of his videos, “time and time again, it’s a tool that doesn’t fail”:

“One time, Davon [aka Miz Jade, one of the drag queens on the show] brought his five-year-old nephew over to my apartment and we showed him the first episode of Sez Me. His nephew was raised in church and he didn’t know that Davon does drag. He was commenting out loud, like “What is it, a boy? A boy can’t wear a dress.” So he was conflicted but he wanted to keep watching and he thought it was really funny. And he would say things like “Oh, but you can’t be gay. Gay’s not good.” But he kept asking to watch more and more, and then at the end he said, “I wanna see more of it.” And we said “That’s it. That’s all we have for now.” Then he goes, “So I would need to be on it.” So Davon said, “If you want to be on it you have to talk with a drag queen,” and he goes, “That’s cool.” This kid that forty-five minutes ago had a real issue with drag queens and a boy wearing a dress, because he heard some things in church—forty-five minutes later this kid is ready to be on screen with a drag queen. So then Davon pulled out his phone and showed him pictures of himself in drag and actually kind of came out to him, and he was totally chill about it. That was the point where I knew that, time and time again, it’s a tool that doesn’t fail.”

Erlich is also the creator of the Dragtivity Book, which

“features 20 fabulous pages -‘find your own drag name,’ ‘circle your pronouns,’ and ‘match the styling objects,’ and “gives kids an introduction to the art of drag to helps them to unpack stereotypes and see beyond the gender binary in the world around them.” 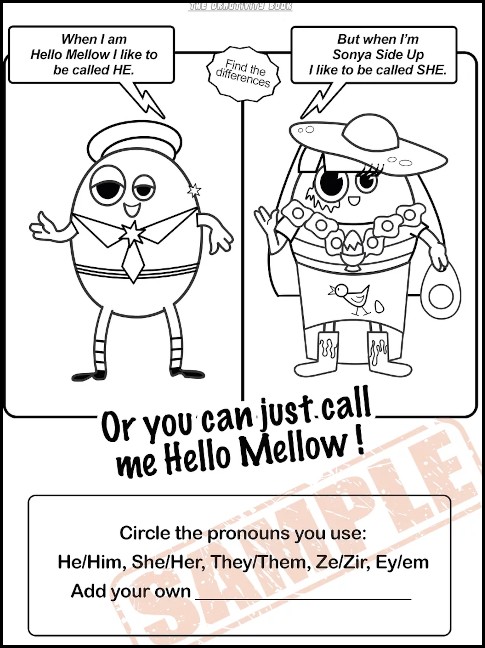 A video guide helps educators implement the Dragtivity lessons with their students.

Although proponents of Drag Queen Story Hour attempt to sanitize drag culture, not everyone in that community is cheering the growing popularity of these sorts of programs. For instance, a drag queen named Kitty Demure has chided parents who “might want to look like they’re with it” by introducing their children in drag culture.

This is amazing. Drag queen, Kitty Demure, has a message for parents that take their children to drag shows and drag queen story hours: STOP IT.#GaysAgainstGroomers pic.twitter.com/NVT0kXXDEW

Advocates of programs like Drag Queen Story Hour, Drag Brunches, and “Drag Your Kid to Pride” like to present such events merely as family-friendly ways to build confidence, empathy, and self-expression.  Yet these attempts to present an anodyne “all-ages” drag culture and claim drag has no relation to overt sexual behavior strains credulity. It requires us not only to ignore several actual instances of grooming, but also the very experiences that introduced performers like Cholula Lemon into drag culture in the first place. Many private school parents are through with being gaslit that drag culture is somehow appropriate for children.

Paul Rossi,
“… Yet these attempts to present an anodyne “all-ages” drag culture… ”

Do you mean androgyne?

They got so many requests???? From who pray tell??? Surely not parents.

Comes down to the original question that got this whole LGBTQ thing started; is it an innate or acquired condition? If you think it’s innate these story hours accomplish nothing. If you think LGBTQ is acquired, the stories encourage, promote, enable and facilitate, a child’s eventual sodomization.

And there’s a word for that… grooming

I think it has swerved into brainwashing.

Sadly, I think “wokeism” is just another manifestation of leftist white guilt, and seems to drive everything they do, from the old “political correctness” to the election of the amazingly underqualified Barack Obama.

Would anyone be OK with spring break bikini contest winners reading to kids? Other than the dads of said kids, if the kids were not around?

There is no hetero equivalent of drag queen story hour where this would be allowed. But because for some inexplicable reason we have to bow down to the most flamboyant weirdos no matter what, or else be called a bigot, this is allowed to continue.

I do not understand why there has not been more pushback against this crap.

Drag queens are another subculture that replaces women. So why aren’t women pushing back hard on this? I think it is safe to say that NOW is dead. There is no one protecting women (except men who marry the right ones).

Good eye. I was thinking almost but not quite Disney.

Disney is coming along quite nicely, thank you.

A trans/social culture as a vector for transgender spectrum disorder. Lions, lionesses, and unPlanned cubs excluded.

Parents are so upset about it that they keep paying obscene tuition and bragging about what school their neglected child attends.

When we tried to point this out years ago that this pervert train was headed straight (no pun intended) for kiddie station, we were mocked and told that was a slippery slope fallacy, and all they wanted was tolerance.

They’ve had their queer eye on the straight kids all along. They KNOW that “born this way” is by and large a myth – otherwise why insist on spending so much time and effort to be around kids? Why tell kids “it’ll be our little secret” and hide everything from the parents? Most of these guys got their introduction at a young age into the world of perversion by other, often much older groomers, and now they see it as their grand opportunity to pay it forward in a sick way.

Parents need to be parents and protect their kids from this soul-destroying perversion.

I think mocking by the left is de facto validation that you are absolutely correct in your predictions.

We are in the end times.

Now, it’s possible to get arrested at a public school board meeting for reading from a book available in an elementary school library.

The good news is, and take it from a Catholic who stopped being Catholic when the Pope wasn’t Catholic enough, the tide seems to be turning. The demons scream louder when they’re circling the bowl as they are flushed to Hell.

Musk is not a conservative. Not even close. He is all over the map and hasn’t learned how to navigate the political options. He just goes his own way chasing his dreams and bumping into problems to overcome. He is making a mess of his politics and should retreat while he still can. Focus on the specific problems and people causing them. Let the politics sort themselves out. He is an idiot stepping into the Trump vs DeSantis issue for personal vanity issues. He has no idea about the pitfalls that await the naive in politics.

Like all business leaders, he should just stay out of the politics and keep his political opinions to himself.

This is Marxist propaganda in practice at its worst

It’s beginning to appear as if homeschooling will be the only way to protect one’s children from the groomers, although no doubt they’ll try to outlaw homeschooling next.

Yes, that’s something we should be exposing little kids to: glory holes.

Who could possibly object to that?