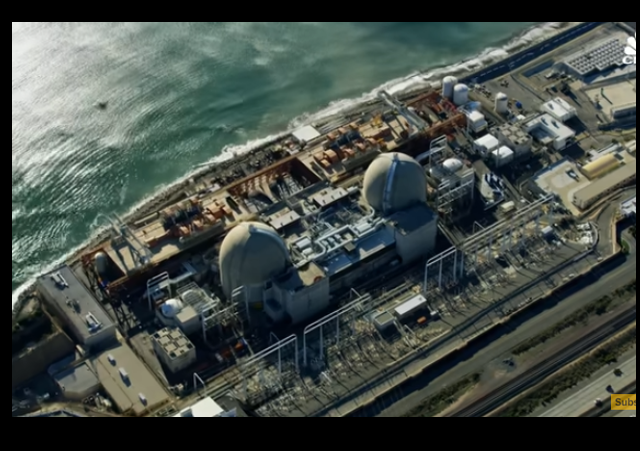 Between German warnings of a cold, dark winter as the Russians turn off the fossil fuel spigot, it appears the bureaucrats are rethinking their complete embrace of ecoactivist energy policies.

Reality is now encroaching on “green energy” fever dreams, and politicos are word-smithing new policies so that some more reliable and traditional forms of fuel can be deemed environmentally friendly.

The European Union voted on Wednesday to keep some specific uses of natural gas and nuclear energy in its taxonomy of sustainable sources of energy.

Europe’s taxonomy is its classification system for defining “environmentally sustainable economic activities” for investors, policymakers and companies. This official opinion of the EU matters because it affects funding for projects as the region charts its path to address climate change. In theory, the taxonomy “aims to boost green investments and prevent ‘greenwashing,’” according to the EU’s parliament.

The vote on natural gas and nuclear energy follows one that was passed in February, which amounted to a referendum on what had been a particularly controversial piece of the ruling. Natural gas emits 58.5% as much carbon dioxide as coal, according to the U.S. Energy Information Association. Nuclear power does not generate any emissions, though it draws criticism surrounding the problem of storing radioactive waste.

The bureaucratic rationale behind the move is fascinating.

Gas is a fossil fuel that produces planet-warming emissions – but far less than coal, and some EU states see it as a temporary alternative to replace the dirtier fuel.

Nuclear energy is free from CO2 emissions but produces radioactive waste. Supporters such as France say nuclear is vital to meet emissions-cutting goals, while opponents cite concerns about waste disposal.

Ecoactivists and unhappy bureaucrats are already complaining the move is “green-washing” nuclear power and natural gas. Austria intends to bring the matter to the European Court.

Austria will bring a legal complaint against the European Union’s decision to classify gas and nuclear energy as green and sustainable transitional energy sources, its climate protection minister said.

“Especially with the war waging in Ukraine, we can’t have a greenwashing program for investment in nuclear power and fossil gas,” Leonore Gewessler said in a statement. “Nuclear energy and natural gas do not contribute to climate protection.”

Interestingly, the climate change push seems to be fueling a renaissance in nuclear power.

The International Energy Agency says it expects global nuclear power capacity will have to double by 2050 for the world to reach so-called net zero, in which greenhouse gas emissions are so low that they can be completely offset by forests and other natural means of absorbing carbon dioxide from the atmosphere. Scientists say that achieving net zero is essential to fulfilling the Paris climate accord, which calls for governments to limit global warming close to 1.5 degrees Celsius above preindustrial temperatures.

The U.K., Poland, the Czech Republic and the Netherlands have all announced plans to build new reactors, adding to Europe’s decades-old reactor fleet. France, which already generates 70% of its electricity from nuclear power plants, is beginning to train thousands of workers in the rigorous requirements of nuclear engineering and construction as part of a plan to build up to 14 new full-size reactors and other smaller ones.

Meanwhile, China and India happily use all the fossil fuels Europe is not.

India and other Asian nations are becoming an increasingly vital source of oil revenues for Moscow despite strong pressure from the U.S. not to increase their purchases, as the European Union and other allies cut off energy imports from Russia in line with sanctions over its war on Ukraine.

Such sales are boosting Russian export revenues at a time when Washington and allies are trying to limit financial flows supporting Moscow’s war effort.

A report by the Helsinki, Finland-based Centre for Research on Energy and Clean Air, an independent think tank released Monday said Russia earned 93 billion euros ($97.4 billion) in revenue from fossil fuel exports in the first 100 days of the country’s invasion of Ukraine, despite a fall in export volumes in May.

There are no appeasing eco-activists. However, it is heartening to see some Europeans are unwilling to pull the plug on reliable sources of fuel entirely.

I posted this on another article a little while back but it bears repeating since it’s about nuclear waste: https://www.youtube.com/watch?v=4aUODXeAM-k

Our hangups over nuclear power and dealing with the waste products are one of our biggest things we as a society need to get over. The problem is nowhere near as bad as it’s hyped up to be and nuclear power, so long as proper safety protocols are followed, is one of the safest forms of power generation.

Absolutely correct. And we should be developing Gen IV systems. The “arguments” against fission are shallow. We have thr best labs, scie tests, engineers, experience and money to bring about a very bright energy production future.

Beyond that, we could have nuclear shipping, nuclear space propulsion and nuclear powered turbine jet and ramjet engines. All of this can be engineered to be safe and efficient. “Waste” issues are so distorted – people don’t realize how little actual waste there is and how easy it is to manage it.

These morons don’t understand half-life. They scream “it lasts 50,000 years!”, but that sort of waste is practically safe enough to eat, and there would be no danger being in the same room with it, even unshielded. It’s the stuff that burns out in a decade that is lethally radioactive, and there’s very very little of that.

Few of them got a “C” or better in high school physics.

You all must remember that the original Anti-Nuke Green movement in Europe was a Russian FSB project to keep nuclear power out of Western Europe. This is a confirmed historical fact. They influenced gullible people to believe absurd claims.

Also note – the Anti-fracking movement in the USA was founded with Middle Eastern Oil money. Also, an historical fact.

The major issue with nuclear fuel reprocessing in the US is that one man can shut it down with the stroke of a pen, and everything out into it goes away.

It’s already happened once within living memory of the folk with the money, and we’ve got another one of those holding the same pen and phone.

Unless that investment has protections against being summarily destroyed by executive order, only a fanatic or a moron would find US based nuclear waste reprocessing.

We of the Common Sense Tribe have always said nuclear energy was the greenest of them all.

Yes, finally! Look up Mike Shellenberger…this was a hardcore solar/wind guy who has 100% on board with nuclear as the way to go! He’s about as far from conservative as you can get and pretty much explained why our future is nuclear and not solar/wind. You won’t hear that from the Biden/Steyer faction of the Dems though….and make sure you don’t let those green justice jackasses off the hook for their bullshit!

By the way, he is no fan of Biden and his energy policy

Nothing will slap a little sense into you like an imminent power grid shutdown.

My my, now isn’t this a coincidence?

“We have never been at war with Nuclearasia.”

Talking about waste disposal, what about wind turbine blades?

Actually waste disposal has a bright future, too. Read up on plasma gasification. That can wind turbine blades, garbage and a whole lot more without making air pollution.

Currently, Germany is turning back to lignite and anthracite coal in a big way. It is currently, their only option other than de-industrialization.

Can we send pedo joe to north korea to live a green life of using less energy and eating bugs to save the urf?

They still need to get the nuclear fuel and nat/gas and Russians will be shutting down Nordstream for 2 weeks of scheduled maintenance on July 11. They are signalling that they may not re-open it after that and are sending out warnings to EU countries supporting Ukraine. That Israeli natgas is probably looking pretty good to the EU these days.

I’m thinking we may soon see resignations in the White House. Brandon is worse than Bojo and his advisors cannot possibly continue to be as stupid as whoever is making the decisions these days. The curtain may soon open revealing who is in charge.

China’s economy is collapsing and yet they can take over our economy? How much information does anyone need to understand that our government and industries are almost hopelessly compromised? Where are those investigations?

…and to advance their ideology of destroying the oil industry and ICE vehicles because both underpin independence and freedom.

With limited range EV the act of choosing to reside in the exurbs or bedroom communities and commute become less likely. The d/prog desire the end of suburban life and single family homes/neighborhoods because they, for the most part, don’t have them under their political thumb.

Just as with their efforts to undercut zoning laws the d/prog are using elimination of ICE vehicles as a proxy to implement their worldview and consolidate their power and control.

Adopting the revised definitions of what constitutes ‘green’ energy to include nuke and Nat gas was only done to extend their fantasy. Had they not done so the entire economy of Europe would collapse. Absent the very real world demonstration of how feckless their ideology is in the face of actual implementation (no more Russian energy and totally insufficient wind and solar generation) they were forced to adapt in order to extend the day of reckoning.

If madness consists of doing the same thing over and over in the hope that “this time it will be different” then this is madness.

Are there no German politicians with the courage to point this out?

As for “changing the definitions,” Europeans are quite used to being comfortable. I don’t doubt that they would burn dung before they’d condemn themselves to shiver in the dark.