Climate ‘Crisis’ Is Collateral Damage in Putin’s Attack on Ukraine

Climate ‘Crisis’ Is Collateral Damage in Putin’s Attack on Ukraine

As nations restart their coal-fire plants, it is clear that a real political climate crisis is replacing the fake meteorological one. 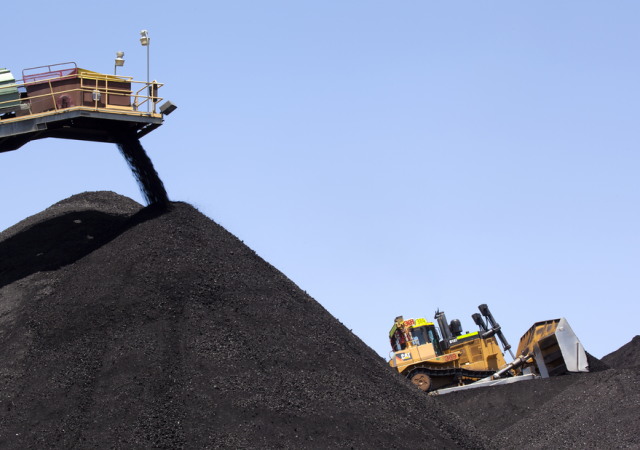 In the wake of Russia’s unprovoked attack on Ukraine and the West’s rush to impose sanctions, followed by Russia’s response in cutting gas supplies, the supply of vital energy sources has been diminished for many countries.

Now political leaders worldwide are beginning to realize that all the green technologies that were supposed to replace fossil fuels aren’t up to the task, technologically speaking. Several nations are backtracking on their shuttering of coal plants.

Germany is firing up its coal plants again in preparation for the winter.

[German Economy Minister Robert] Habeck said security of supply was currently guaranteed in spite of a “worsened situation on the gas market” in recent days. Soaring prices were “(Russian President Vladimir) Putin’s strategy to unsettle us, drive up prices and divide us,” Habeck said.

“We will not allow that. We are fighting back decisively, precisely and thoughtfully,” he said.

Despite Germany’s plans to exit coal-fueled energy production, Habeck, who is a Green Party politician in the center-left ruling coalition, announced a return to “coal-fired power plants for a transitional period” in order to reduce gas consumption for electricity production.
“We are setting up a gas substitute reserve on call. “That’s bitter, but it’s almost necessary in this situation to reduce gas consumption,” Habeck said.

The United Kingdom is keeping its coal plants open.

UK gas prices were up almost 50% last week alone. While the country only imports 4% of its gas from Russia, the market is exposed to prices in Europe where cuts to flows along a key pipeline are driving huge spikes in costs. Even environmentalists concede that higher emissions in the short term may be the cost of reducing reliance on Russian fuels in the longer term.

“We have bigger problems to worry about,” said Dave Jones, a global electricity analyst at London-based climate think tank Ember. “The government is taking some decisions — like keeping a coal power plant open — that, to some people, look like a softening on fossil fuels. To me, it looks like a rational short-term decision to help keep the lights on.”

The Australian Resources Minister wants coal-fired plants back online to ease the energy crisis amid fears of an ‘expensive winter.’

Resources Minister Madeleine King wants coal-fired power station operators “to get moving on fixing their plants” which she views as key to helping ease the nation’s energy crisis, as consumers are warned of an “expensive” winter ahead.

“In the very short term, what we really need to do is to have the coal power stations come back online because that is the missing piece of the puzzle right now,” Ms King told ABC radio on Tuesday.

“There’s been unplanned outages for many reasons, many beyond the control of those operators and I do accept that, but I hope they’re doing their best to make sure this power source comes online as well.”

Sorry, the problem is MUCH larger than the Ukraine war. We were already running out of Natural gas before the war started. Last year, natural gas was selling over $30 in Europe before the War. The US is seeing Natural Gas double and triple in Price. And, we have never bought natural gas from Russia.

Ultimately, this is all because in 2014 – Team Obama told the banks to shift lending from Gas and Oil exploration and production to Green Energy. Since 2015 – Global investment in O&G is down 54%.

No investment, no Gas and Oil, no fossil fuel fertilizer – Industrial production crashes and we have Global Famine.

The very definition of “fascism”, all at the hands of Oblamo.

So, it took a war to show these idiots that “green energy” is not viable. Educated people are too stupid

Anything that makes John Kerry cry is 👍 with me.

If I had $100K I could fly a private jet and complain about Global Warming.

Dogma giving you power and wealth is fun, until real world consequences hit you in the head. I wonder how Senator Stabenow will like her electric car if a blackout comes her way? Also, will the 2030 deadline for taking major action, according to climate experts Greta and AOC, now be advanced?

Gas prices are high because the oil is in Texas, but the liberal dipsticks are in DC!

The acceptance of the narrative for Putin’s price hike is breathtaking.

There is not going to be a climate crisis just because some countries go back to burning coal. That’s the same old Chicken Little BS.

There never was a climate crisis. There has only been the oldest religion on Earth being repackaged as “science” and has been called climate change.

It’s hilarious to watch these morons close their nuclear plants because they offend gaia only to replace them with coal because wind and solar don’t work.

Sadly, California is all in on this idiocy, closing its final nuclear power plant, Diablo Canyon, after previously closing San Onofre and Rancho Seco, and I have no doubt that the Biden administration is looking at having DoE cancel licenses, if they can, for all remaining nuclear plants in the US.

the politicians will make more money with green energy than with coal, oil or nuclear so we have to transition to energy that benefits them. Sad how that works out.

Here is NO CLIMATE CRISIS.
This is all a ploy to bankrupt oil and gas in order to secure State control of energy. Whoever controls energy controls everything else.