Charges Dropped Against The “Colbert 9” After Illegal Entry Into Capitol

Charges Dropped Against The “Colbert 9” After Illegal Entry Into Capitol

Some Capitol Hill illegal trespassers are more equal than others. 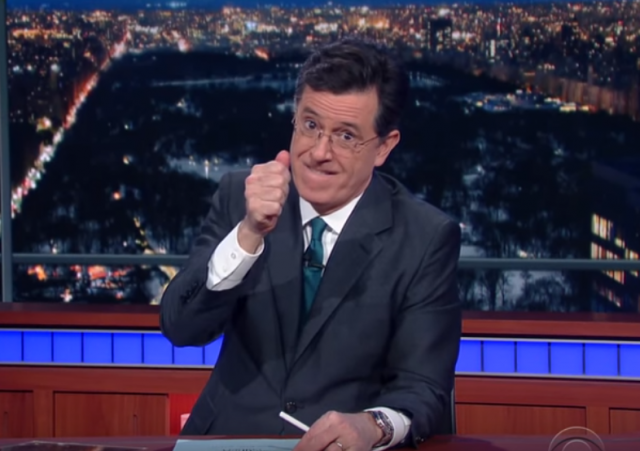 You knew it would happen, but its official charges have been dropped for the ‘Colbert 9.’

A statement from the U.S. Attorney’s office read:  “After a comprehensive review of all of the evidence and the relevant legal authority, the U.S. Attorney’s Office for the District of Columbia has determined that it cannot move forward with misdemeanor charges of unlawful entry against the nine individuals who were arrested on June 16, 2022 at the Longworth Office Building. The individuals, who entered the building on two separate occasions, were invited by Congressional staffers to enter the building in each instance and were never asked to leave by the staffers who invited them, though, members of the group had been told at various points by the U.S. Capitol Police that they were supposed to have an escort. The Office would be required to prove beyond a reasonable doubt that these invited guests were guilty of the crime of unlawful entry because their escort chose to leave them unattended. We do not believe it is probable that the Office would be able to obtain and sustain convictions on these charges. The defendants no longer will be required to appear for a scheduled hearing in the Superior Court of the District of Columbia on July 20, 2022.”

1) Prosecutors have dropped charges against the “Colbert 9” after the USCP arrested them for unlawful entry were caught recording comedy skits inside a House Office Building after hours without permission in June.

12) Prosecutors didn’t think they could prove the case

Is the law equal? Some have questions:

.@nedryun Joins @JesseBWatters To React To Charges Against The Colbert 9 Being Dropped

Fox News originally reported that the nine people were arrested near Rep. Boebert’s office in June. The group was also in the Cannon House Office Building earlier in the day, around the time of the 1/6 committee hearing.

It’s so easy being a leftist.
No consequences.
No thinking.
Nonstop adoration for being an idiot.
Guess that’s why it’s so appealing.

Job One when the GOP takes the House: impeach Merrick Garland.

But then, if swamp milquetoast Kevin McCarthy is Speaker: he’s too compromised to do any such thing.

There will e. No impeachments, McCarthy had already said that
“We have to heal ( I think he meant heel) as a nation

F-k him and his Republican buffont…

McCarthy is probablhy as compromised as McConnell and other swamp rats of DC.
Dump him.

Impeaching and removing, hopefully jailing, Garland would be a healing balm for me.

She was only wandering

But if your a democrat, especially a well connected, but not really that important, it’s all good

There are few men left in this Country that we are putting 69 y/o grandmothers in jail for wandering in the house that they built with their blood , sweat, and tears…

Some days I think I’d prefer the violent solution just so these people don’t get away with their corruption.

But they do anyway

Make no mistake: That’s what they want too. . They are just gathering enough strength and power first.

They may not be out of the woods just yet.

If I recall correctly the federal statute of limitations for such a crime is five years and there should be a new sheriff in town long before then.

You REALLY think the GOP will do anything?
Remember “Repeal and Replace”? I do.

The old GOP. Fuck no. Especially not the old GOP!

But a new GOP headed up by President DeSantis could be a totally different game. All we need to happen is for the old GOP to finally realise they are dead. Dead as fuck.

The GOP we need is not “headed” by any President. We already tried that with Trump, and they sliced him up.

The ONLY way that happens is if TRUMP gets reelected. Otherwise, prepare to go along to get along…same as always…whilst the left tears it all down.

Not entirely, Trump is but one man and even as President can only accomplish so much against the size of the enemy against him.

We must get Trump in but unless we want a repeat of Trump round 1, we MUST cull the RINO herds in both the House and Senate (We wont get them all in 22 so the realistic goal is to establish the beachhead and Mulberry- then march to Berlin).

Along with that, we MUST win at the STATE levels.

Losing those to RINO’s mainly is what put us here initially and only reversing that is going to get us out.

Capitol Police answer up through the Speaker’s office. Even with a GOP President and a GOP Speaker, the Dems will run to their favorite hack-in-black for a stay under “separation of powers.” That said, I think it should be tried, if for nothing more than a show of equality before the law. That, and the nuisance value. It would give the chuckle-headed parrots in the media something to fulminate over for a couple years.

“12) Prosecutors didn’t think they could prove the case”
So what? You don’t even have to try, until after the defendants have sat in the DC Jail for 18 months.

This is the usual Democrat Opposite Day Bizarro World:

• If the cop tells you to leave, it’s perfectly OK if you stay.
• If the cop welcomes you into the door with a fist bump, you are illegally trespassing and must leave immediately.

Bingo! Now let’s see those hundreds of hours of video they dare not show us from J6.

Pardons and restitution for the J6 political prisoners!

Rules for thee but not for me. I’m glad I don’t have to see these wretches in person. I would not be able to hold my tongue and I must have been a sailor in another life. Better that my 71 year old mama doesn’t have to wash my mouth out with soap at the ripe old age of 48.

Prosecutors didn’t think they could or wanted to?

No one didn’t see this coming

Funny how long it takes them to come to that conclusion on the J6 political prisoners.

…and the choice to shadow ban words is the repair, huh?
I lost all respect for LI.
Hot Air and Drudge, now the good professor?
Marxism sure creeps!

No surprise. the communists never go after their propaganda wing. At least, not until they’re no longer useful.

We all expected this result because we know rules—this was clearly trespass—don’t apply to leftists, only to the Deplorables.

Hillary is an expert on deplorables, she understands that her followers are deplorables, just useless idiots.

I’m glad to see this happen and hope we have many more just like it.

The conduct of both the left and RINO should now be to the point where the average voter can clearly see them for either the evil they are or the totality of their uselessness. (many cases both)

There is no pretense, illusion or masks on now. There are no “wolves in sheep’s clothing” now-we can now literally know them “by their fruits”.

There are the actively evil and those who support them ( and NOT taking action is supporting the evil)- there is no sitting still.

I see a “Choose this day whom you will serve” moment being thrust upon this nation and there are only 2 choices.

So, if this conduct doesn’t show and motivate “the sheeple” to actually wake up and DO (an action verb) something ant not stop doing it- then we deserve what we get and we will certainly get it.

No more middle ground, no more sideline to sit on, no mutual compromise and no more armchair QB.

That’s just the short simple truth of the matter.

Well… this is what you get when you don’t support right leaning or even centrist attorneys. Nearly every AUSA I’ve dealt with is a hardcore leftist. Even when right leaning US Attorneys are appointed by “Republican” presidents, they turn their back on right thinking attorneys. Instead, they hire more leftists, and incompetent, inexperienced leftists at that. And I don’t want to hear about the lack of right thinking attorneys when GOPers fail to develop the bench of attorneys. When you turn your back on right thinkers, this is the type of corruption you get.