“PBS NewsHour only managed to give the story fifty seconds” 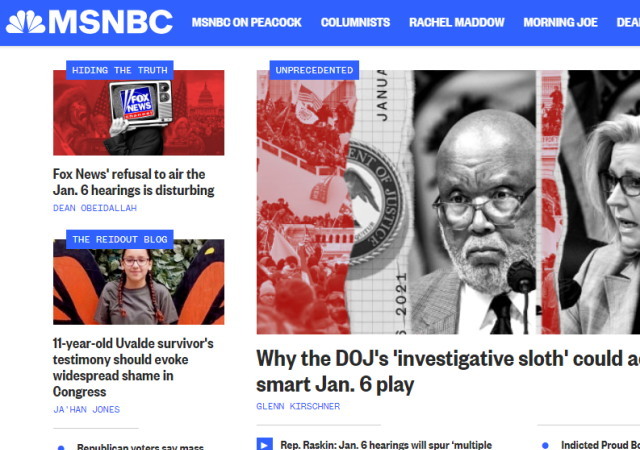 We all know that the majority of our media is biased, but sometimes it’s hard to believe the lengths they will go to amplify or ignore a story.

The threat to the life of Supreme Court Justice Brett Kavanaugh was all too real, but some outlets ignored it, downplayed it, or memory-holed it as quickly as possible.

Press Coverage on the Assassination Attempt of Justice Kavanaugh

Just look at how far down the story is on the homepage:

I don't agree at all with blaming the leak for it, but yeah it's sort of crazy that it's not being treated as a bigger story (NYT homepage screenshot presented for posterity). There's often more bias in which stories are deemed to be salient than how they're written about. pic.twitter.com/aNJZAdmUG8

The FBI was very clear that Brett Kavanaugh's would-be murderer was acting to advance standard Democratic Party/liberal dogma about Roe and gun control. He said he'd find purpose in killing Kavanaugh to advance that agenda. So of course it's getting so little media attention. https://t.co/jB1vq8R9rw

That was at around 5:30 PM. At the time of this writing, several hours later, it’s still way down at the bottom of the page (click to enlarge): 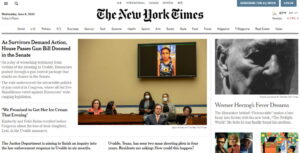 Here’s the top of MSNBC’s homepage. Not even a mention:

PBS NewsHour devoted a whopping 50 seconds to the story.

On Wednesday morning, a pro-abortion leftist from California was caught outside Supreme Court Justice Brett Kavanaugh’s house with a gun, knife, and zip ties in what the man admitted was an attempt to assassinate Justice Kavanaugh. Despite this shocking report, PBS NewsHour only managed to give the story fifty seconds.

This is despite running a six-minute and twenty-two-minute-long segment on COVID vaccine inequality in India and the rest of the third world.

Anchor Judy Woodruff introduced the Kavanaugh assassination attempt in a dismissive tone by opening with the phrase “in the day’s other news,” as if she was about to report on a water main break in New York City as opposed to the attempted assassination of a Supreme Court justice in an attempt to convince the court to change its apparent opinion overturning Roe v. Wade.

There are other examples:

Someone attempted to assassinate a Supreme Court justice today, but you’d hardly know it if you happen to get your news from @nytimes or @abcnews pic.twitter.com/WDt8L0kMg1

Top of the page – story about Jurassic Park film franchise. A foiled plot to assassinate a sitting Supreme Court Justice? Near the story about Trader Joe's employees wanting to unionize. pic.twitter.com/bofXoLFey0

If it was a red hat with a gun and knife arrested outside Sotomayor's residence, it would be only thing on several news stations and Pelosi would be having the Nat. Guard putting the fencing back up around the Capitol.

They aren’t downplaying it at all.

They are just making space for the “real” crime of the week..

The “vanishing DUI” of Pelosi.

Its a matter of priorities

Legacy media is like Trump said, an enemy of the people.

This has already passed the Senate, it’s the House that is holding this up and denying Supreme Court Justices some much needed extra protection.

House Dems want it expanded throughout the court system, almost certainly because they want to further protect lower court judges where they have a stronger foothold. Where, for example, radical decisions with irrational justifications can be handed out about abortion (e.g. in Oklahoma) to impede the states’ legislation. Or decisions on voting laws can be made which stop any and all efforts to clean it up. With protection at the lower level comes greater sense of security to be as extreme as you want to be.

just pass the one bill about supreme court judges now and put it in the rearview mirror, if they want to expand the bill they can do a new bill at a later date. This is why nothing gets done in DC today.

no surprise there. Absolute evil

The beauty of this increased effort by media to form an overt and no longer covert alliance will turn out to be a benefit. The knee-jerk responses that media is not biased are so perfectly nonsense now, even lifelong Dems snicker at those words. And liberals like Greenwald and many more are sickened by it, mostly because it represents a portion of the left that is getting even smaller as people realize how insane some of the progressive politics are.

Indeed. There’s a great deal of difference between the casual d/prog voter and the vocal minority of activist d/prog.

These normal folks are looking around at d/prog policies and wondering WTF. What appears to be trans grooming and CRT/equity in schools, soft on crime, riot endorsing, defund LEO policies, ESG jammed down our throat, rampant inflation, open borders, failed energy policies. It’s too much too fast and average folks are waking up to the fact that many members of the establishment seem willing to sacrifice average folks to fulfill their utopian dreams.

Trump was impeached for saying the word “fight.”
Schumer calls out specific fire and brimstone retribution against a named Supreme Court Justice… and get a pass from everybody.

He has excited domestic insurrections amongst us, and has endeavoured to bring on the inhabitants of our frontiers, the merciless [ethnic] Savages, whose known rule of warfare, is an undistinguished destruction of all ages, sexes and conditions.

I hear history starting to rhyme.

Trump was impeached because he could be. It had nothing to do with what he said or did. The Dems had the numbers, and they hated him, and that’s all it took. Oh, and to cheapen impeachment generally, so that Clinton wouldn’t look so bad.

There is nothing more to it.

There’s hypocrisy to point out. That’s the other thing to it.

1: Mr. La Chance: The word “liberal” does not accurately describe the group whom you are describing by that moniker. There is nothing liberal about them except that they liberally spend other people’s money and liberally advocate for laws to restrict our liberties. A more appropriate term is Leftists.
2: With regard to the media, almost every outlet is part of the Maoist State Media. To expect Izvestia on the Hudson and Pravda on the Potomac to report the truth is like waiting for Godot. It won’t happen. The only print medium that I know that comes close to reporting the truth is the NY Post.

Well said. I say use the political affiliation -Democrat- and let them fight among themselves as to who is still ‘liberal’ or Maoist and who is moderate. Our side does not need to offer them the cover of distinction. In war, name your enemy and stick to it.

Thank you. However, I have been very adamant in not using the term “Liberal” to describe these people. To say the least, it is false advertising. To me, to be liberal is to advocate for liberty. I am OK with people doing their own thing so long as they don’t harm others. (There is a caveat on this: In cases involving goods and property that cannot be privatized, a cost-benefit analysis will have to be made to determine whether someone’s actions will on net be harmful, and therefore need to be limited.) I am not OK when the force of the government being used to restrict liberty, which is what DemoncRats do, all the while calling themselves liberal. That’s why I have settled on the term Leftist. A leftist to me ranges all the way from someone mildly socialist to someone who is a fire-engine red Commie. (and National Socialists would be included in that range). I think DemoncRats, with rare exceptions, fit nicely into that range.

I occasionally use the word “liberal” purposely and to my advantage, to discomfit moderate bystanders who still consider themselves “liberals,” driving it home to them who their actual standard-bearers are and what class of insane idiots purports to represent their interests today.

For conservatives who are no longer content to be just ‘conservative’:
https://imprimis.hillsdale.edu/laying-siege-to-the-institutions/

Apparently it is page 20 in the NY Times. We all know that if Kagan or Sotomayor were targeted it would be the entire front page.

Biden now predicts more violence if Roe overturned. Another spoiler alert. Forget the two-tier legal system….it is a three tier where the third is unrestricted terrorism with no legal recourse. This is a sneak peek at the nation under one party rule…. Oh, and Biden jokes of jailing gun owners….spoiler alert no. 2.

Of course, Schummy made the threat

Garland is such a phony.

Of course the Leftist media [redundancy admitted] is downplaying this, They probably are not done.

Remember the name Gavrilo Princip. He is the actual person who shot and killed Archduke Francis Ferdinand and his wife, precipitating WW-I. What most people do not know was in that assassination alone there were 5 other wanna-be assassins. One threw a grenade which went off under the wrong car . . . wounding some of the Archduke’s staff. The rest missed their chances because the cars were moving too fast. After the official parade, the Archduke insisted on visiting his people in the hospital, and told his driver to go there. The driver took a wrong turn and got stuck in a narrow street. Unfortunately for the Archduke, the car was stopped by an outdoor coffee shop, where Princip and some of the others were mourning their missed opportunity. Princip looked up, saw the Archduke, jumped up drawing his pistol and shot and fatally wounded the Archduke and Archduchess.

Lessons to be learned:

1) assassins are not always solo.
2) the Serbian Black Hand Movement that paid for and equipped the assassination team did not only pay for the single team, but in fact had a number of attempts afoot.

Whether we recognize it now or not, lines are being crossed and cannot be crossed back the other way.

Imagine had some dude in a MAGA hat done the same to Sotomayor? 24/7 MSM coverage, nationwide manhunt for everyone that ever spoke to the guy. They would be arresting his barber’s cousin’s cat. Solitary confinement.

Let’s not kid ourselves. They’re praying another lunatic will knock off one of the conservatives justices so that the pedophile-in-chief can place another communist lunatic.