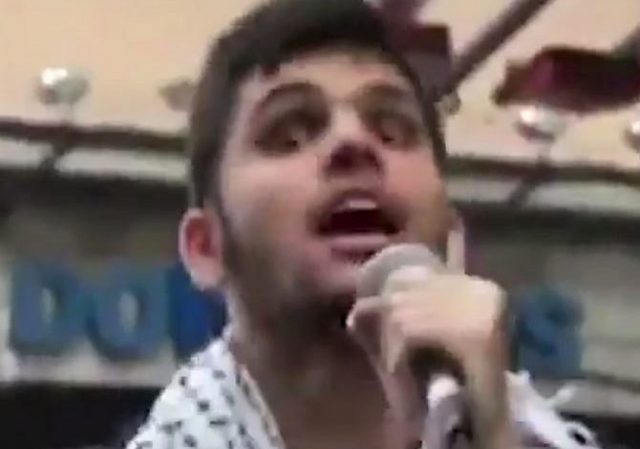 Arkansas’s anti-BDS law requiring state contractors to certify they don’t boycott Israel passes constitutional muster, according to the full Court of Appeals for the Eighth Circuit. The court’s decision in the highly watched case of Arkansas Times LP v. Waldrip, handed down this morning, affirmed the lower court decision upholding the state law.

LIF covered the case previously, at:

Back in 2019, U.S. District Judge Brian S. Miller dismissed the case after finding that the state violated no constitutional right by requiring its vendors to certify that they don’t boycott Israel.

The case was appealed. A 2021 decision by the Eighth Circuit initially reversed the lower court and claimed the law violated the First Amendment, based on a tortured reading of the statute. The Eighth Circuit then vacated (i.e., rescinded) that decision and ordered the case reheard before all judges of the circuit, instead of just the three-judge panel who had decided it earlier.

The case was reargued on September 21, 2021. Judge Jonathan A. Kobes, who dissented from the vacated 2021 decision, wrote the majority opinion upholding the law. “The basic dispute in this case,” Kobes wrote, “is whether ‘boycotting Israel’ only covers unexpressive commercial conduct, or whether it also prohibits protected expressive conduct.” Briefly, the court upheld the state’s right to regulate boycotts as commercial conduct. While economic boycotts are often accompanied by expressive conduct protected by the First Amendment, Kobes’ majority opinion concluded, the boycott itself is not protected by the First Amendment.

The opinion on this point corrected an absurd misreading of the statute’s so-called catch-all or garbage can provision in the vacated opinion. Frequently, laws will list examples of things that are covered by it, and then add in something like, ‘and other actions.’ That’s exactly what the Arkansas statute does. The court’s opinion explained:

The statute defines “boycott of Israel” as “engaging in refusals to deal, terminating business activities, or other actions that are intended to limit commercial relations with Israel, or persons or entities doing business in Israel or in Israeli-controlled territories, in a discriminatory manner.” Ark. Code Ann. § 25-1-502(1)(A)(i).

Furthermore, the court’s opinion continued, the certification required of vendors is not unconstitutionally compelled speech. The majority opinion noted, “We are not aware of any cases where a court has held that a certification requirement concerning unprotected, nondiscriminatory conduct is unconstitutionally compelled speech.”

Although the majority opinion did not discuss this, government contractors are commonly required to provide certifications for many things, including their assurance that they do not discriminate. In fact, the paperwork government contractors are required to submit is frequently copious and oppressive. But, certifications of this nature have not been held to be unconstitutionally compelled speech.

Judge Jane L. Kelly, who wrote the subsequently-vacated opinion reversing Judge Miller’s original decision, wrote a dissent. She continued to argue that the term “other actions” in the statute reading

“Boycott Israel” and “boycott of Israel” means engaging in refusals to deal, terminating business activities, or other actions that are intended to limit commercial relations with Israel (emphasis added),

It’s unclear and therefore should be interpreted as potentially including expressive activity protected by the First Amendment.

This is the first federal appellate opinion to address the substantive issues of anti-BDS laws, which have not been specifically addressed by the Supreme Court. (The Fifth and Ninth Circuit appellate courts previously vacated district court opinions after the states involved amended their anti-BDS laws, but neither court addressed the merits of the cases below.) Another case, A&R Engineering and Testing, Inc. v. Paxton, is currently pending before the Fifth Circuit. Circuit courts are not bound by the decisions of courts in other circuits, but as an en banc decision – that is, a decision by the entire circuit court and not just three judges from it – the Eighth Circuit’s Waldrip opinion is likely to carry a lot of persuasive authority.

It’s amazing that so many courts have got this wrong. The constitutional status is clear: you have the right to advocate a boycott against Israelis, blacks, women, or anyone else you don’t like, but you don’t have a right to engage in such a boycott. How do presumably educated judges not automatically understand that distinction?

They do understand. She is grasping at straws.

Not mentioned in the article but I will say it here. Judge Jane L. Kelly is an Obama judge. That’s all you need to know about her legal scholarship.

The plaintiff in this case, The Arkansas Times (backed in this case by the ACLU), is a free left wing periodical that went from being a cheap rag to a nice looking magazine printed on glossy stock. A lot of folks grab it because of the flashy cover and the fact that it offers timely local news and night/weekend entertainment info. It works because they have a good handle on the arts of marketing and psychology and they can subtlety brainwash their readers to accept their Leftist ideals.

Over a decade ago one of their principal content writers/editors, Max Brantley, obtained a file of concealed carry license holders from the Arkansas State Police, under false pretenses, and published it online. The list contained the names and addresses of all the license holders in Arkansas. It was argued (rightly IMO) that it exposed some people to harm (think of formerly abused spouses and others that had relocated to a supposedly unknown location for their own safety, for example, or any other case where an individual didn’t want it publicly known that they were exercising their right to maintain personal lethal-force frittering on their person). Max Brantley got away with it, probably with the help of more folks like the ACLU.

Just one man’s opinion of the pond scum called The Arkansas Times..

Our only state-wide daily “news” paper is ‘The Arkansas Democrat-Gazette’, if that helps clear up any misunderstandings one might have about which side of the information Swamp Arkansas locates itself.

The late Paul Greenberg of the editorial staff was an anomaly. He was a Jew with Conservative values and was one of the only reasons I used to subscribe. The publisher, Walter E. Hussman, Jr., has a journalism department named after him at UNC. He was pivotal in keeping the 1619 Project author from getting a tenured position there, I believe. The Dem-Gaz may lean left but it isn’t totally lost.

Al.com is another leftist rag based in Birmingafghanistan, AL passing itself as ‘voice of the people’. They bought out daily papers in Mobile, Montgomery, both Birmingafghanistan papers, & the Huntsville paper. They are slowly sinking into financial ruin. Josh Moon & John Archibald are two of their worst Lib writers. How they stay employed & believable is beyond me & others w/a pound of common sense.

You know, this means that states can now refuse state contracts to those that DON”T boycott Israel as well.