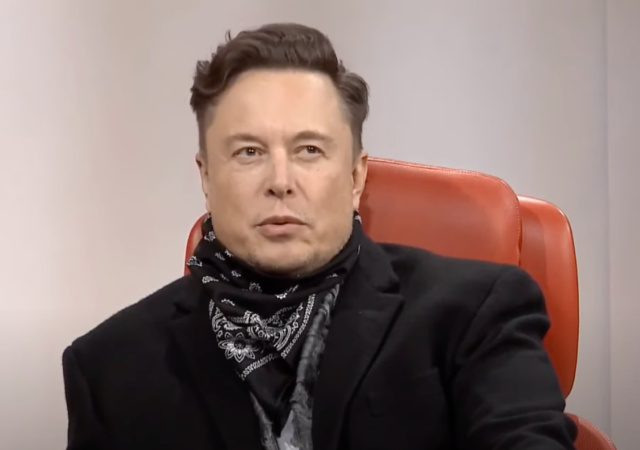 Elon Musk threatened to nuke his deal to buy Twitter if the company does not provide accurate data on the number of fake and spam accounts.

Mike Ringler, Musk’s lawyer, told Twitter CLO Vijaya Gadde that the company’s actions are “a clear material breach of Twitter’s obligations under the merger agreement and” his client is within his right to terminate the deal due to the misinformation:

As Twitter’s prospective owner, Mr. Musk is clearly entitled to the requested data to enable him to prepare for transitioning Twitter’s business to his ownership and to facilitate his transaction financing. To do both, he must have a complete and accurate understanding of the very core of Twitter’s business model—its active user base. In any event, Mr. Musk is not required to explain his rationale for requesting the data, nor submit to the new conditions the company has attempted to impose on his contractual right to the requested data. At this point, Mr. Musk believes Twitter is transparently refusing to comply with its obligations under the merger agreement, which is causing further suspicion that the company is withholding the requested data due to concern for what Mr. Musk’s own analysis of that data will uncover.

If Twitter is confident in its publicized spam estimates, Mr. Musk does not understand the company’s reluctance to allow Mr. Musk to independently evaluate those estimates. As noted in our previous correspondence, Mr. Musk will of course comply with the restrictions provided under Section 6.4, including by ensuring that anyone reviewing the data is bound by a non-disclosure agreement, and Mr. Musk will not retain or otherwise use any competitively sensitive information if the transaction is not consummated.

Right now the Twitter price tag is at $44 billion. Musk based this offer on the accuracy of Twitter’s SEC filings.

The social media platform claims spam and fake accounts only make up about 5% of all the accounts. It could be closer to 20%.

Musk first voiced his concerns in May.

Twitter is down the shitter. Recommend Musk start his own company from scratch.

If I were him, I’d buy it just to ban all the liberals…..but then I would have no subscribers – fake or otherwise.

Another issue with the fake accounts will be the LAWSUITS coming from advertisers!! It’s FRAUD when you present your business to be one thing and KNOW it’s NOT! All the advertisers paid based on exposure and if it’s proven that that “exposure” was a LIE then they have grounds to sue those involved. Jack bailed but SHOULD be on the hook for his participation. All those Board Members would be liable too! I’d love to see all that mucky muck thrown into a courtroom – would make the Depp vs Hurd look like a June Cleaver tea party!!

This is all part of Musk’s trap.

He is the predator playing with his food.

Don’t think for a second he did know ( or strongly suspect) this from the beginning. He baited the trap- they walked right into it now he is about ready to take them out.

Twitter knows goddamn well what the real numbers are, that’s why they’re refusing to release them.

I said from the start, Musk was throwing around 20% bots like he had some kind of inside knowledge, and even that seems really low to me.

We saw behind the curtain for a couple days when somebody clearly put a pause on all the shenanigans and suddenly liberal accounts lost hundreds of thousands of followers and commenters and conservatives gained them.

But then it went right back to business as usual.

Yeah, I think we are seeing this the same way.

He caught them and they know it

Yeah, if you round down instead of up.

Twitter and the rest of the “free” technology out there has to have eyeballs in order to make money. Advertising rates and revenue are based on the clicks and how many people see something. If Twitter is overrun with fake accounts and bots, there are a lot of advertisers who will be looking for compensation. In addition, Musk can price his buy differently if the subscriber count is low because the advertising dollars won’t be there. Either way, Musk will likely win. He either gets Twitter at a discount or he walks away and Twitter gets hammered by advertisers and shareholders.

Take them out how? This is exactly what we should have expected to happen, even if Twitter’s numbers were 100% honest. I doubt the merger contract has any penalty at all for not being timely, other than letting Musk walk away, which is what they wanted in the first place.

Our corrupt DoJ wouldn’t prosecute them for securities fraud even if they publicly said their numbers were lies.

Crash the value of the business and pick it up then rebuild it.

You speculate much- have you seen the contract and you know what the DOJ will do how?

I would so love to be a fly on the wall at HQ, just so I could watch every one of the Frantic Awshit Moments. Way better than anything on Netflix.

Hope that popcorn shortage doesn’t start to bite. Looks like he’s setting up the idea that they are in breach of terms.

Surprise, surprise! Elon Musk turns out to be just as much of a fraud as Zelenskyy and even Joe Biden. Musk never had any intention of actually buying Twitter® and is now squirming around about “fake accounts” as the reason to nix the deal.

I strongly doubt that to be the case. (But admittedly, it could be)

I think more likely than not this is a plan to hurt Twitter and bring the price substantially down.

LoL. I guess people don’t like the truth. And the truth is that Elon Musk never had any real intention of buying Twitter®. All he was doing was shit stirring the pot to see what would come out and now is just using the excuse of “inaccurate SEC filing number for fake Twitter® accounts” as a convenient excuse to get out of the $44 Billion deal. Would be hilariously funny if the Twitter® stockholders sued him and forced him to go through with his offer of purchase. Especially now that Twitter® stock is on a downward trajectory..

The Twitter PTB, radical lefties one and all, will never come clean.

Musk is smart enough to know this.

He’s negotiating the price down. And he has great leverage. If the deal were to fall thru Twitter stock could fall below $20/share. Possibly below $10. Who invests in a company that hides important data about its operations and is likely lying to investors?

It seems to me that the threat to withdraw is an empty one anyway. The board didn’t want to sell to him in the first place. Fear of investors howling for their heads was the only reason they accepted his offer.

When he sells his stake in Twitter it will totter like a house on a sink hole.

Forget Twitter. It’s a glorified chat room. He should have bought MSNBC and the NY Times and every other media outlet he could.

If he gets Twitter at a substantial discount, he may still have enough FU money to begin those things.

Or take the advice Glenn Reynolds has been giving for years, and buy a women’s magazine or three. Those are highly influential, and they’re all hard left.

Elon should sue Twitter. Not to get out of the deal but to demand that they hand over the information liked they promised they would.