Ben & Jerry’s owner Unilever has agreed to a new arrangement under which the ice-cream will continue to be sold throughout Israel, including in the Jewish Quarter of Jerusalem’s Old City, and in Judea, and Samaria. 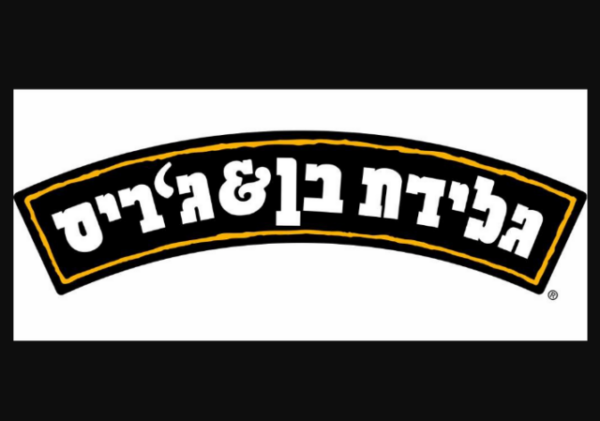 In another victory over the boycott, divestment, and sanctions (BDS) movement, Ben & Jerry’s owner Unilever has agreed to a new arrangement under which the ice-cream will continue to be sold throughout Israel, including in the Jewish Quarter of Jerusalem’s Old City, and in Judea, and Samaria.

We have previously covered Ben & Jerry’s decision to boycott Israel and its fallout:

As we reported in March, Ben & Jerry’s Israeli manufacturer-distributor sued the ice-cream maker and its owner, Unilever, for canceling his contract in a dispute arising from Ben & Jerry’s decision to stop selling ice-cream in what it called “Occupied Palestinian Territory.” The Israeli manufacturer-distributer, Avi Zinger and his company, American Quality Products Ltd., refused to stop selling across the “Green Line” (i.e., within the eastern part of Jerusalem, Judea, and Samaria). Ben & Jerry’s then refused to renew Zinger’s license, and Zinger sued,

Unilever has now reached a deal that will ensure the ice cream stays available to all consumers in Israel. Unilever explained the arrangement in a press release issued June 28:

The company has sold its Ben & Jerry’s business interests in Israel to Avi Zinger, the owner of American Quality Products Ltd (AQP), the current Israel-based licensee. The new arrangement means Ben & Jerry’s will be sold under its Hebrew and Arabic names throughout Israel and the West Bank under the full ownership of its current licensee.

Unilever also denounced discrimination. It made clear that it doesn’t support the anti-Israel boycott movement – although it didn’t explicitly denounce it:

Unilever rejects completely and repudiates unequivocally any form of discrimination or intolerance. Antisemitism has no place in any society. We have never expressed any support for the Boycott Divestment Sanctions (BDS) movement and have no intention of changing that position.

Not all have presented the deal as a victory for BDS opponents and for Israel. Some on the left have tried to portray it as the beginning of the end for Israel.

Based on reports, hard to see why this is being spun as a victory by anti-BDS folks. In effect this marks B&J – the intl brand's – complete withdrawal from both Israel & West Bank, replaced by a wholly distinct Israeli brand (permitted to sell ONLY in Israel & WB). https://t.co/4oCFlKV1HK

Despite efforts to force an apartheid analogy onto Israel by comparing the deal to foreign investors “selling off assets” and “abandoning” South Africa, Unilever is still there. Unilever’s press release explicitly states:

Unilever is very proud of our business in Israel which supplies everyday household products to people across the country. Today, Unilever Israel employs around 2,000 people of diverse backgrounds, has four local manufacturing plants, and works with a network of around 2,000 local suppliers and service providers – helping to support the livelihoods of tens of thousands of Israelis across its value chain.

Over the last decade, Unilever has invested more than 1 billion Shekels (around €250 million) in our business in Israel. We look forward to continuing to make a positive contribution to Israel’s economy and society for many decades to come, and hope that Israelis and Palestinians can reach a peaceful resolution of their conflict.

Rather than abandoning Israel, Unilever is selling Israel a small piece of its business so it can stay there. At the same time, people throughout Israel will be able to buy the same ice-cream product, from the same (local) manufacturer as before, whereas they had been threatened with a cutoff.

Israel welcomed Unilever’s announcement with its own press release, commending Unilever for its decision to let the ice-cream be sold without discrimination, and congratulating Avi Zinger.

This decision not only ensures that the Ben & Jerry’s factory and its diverse workforce, will be protected, but that its customers both Jewish and Muslim, Israeli and Palestinian, will not be targeted by the de-legitimization campaign against Israel.

Israel appreciates the constructive and respectful manner in which Unilever worked to resolve this issue, and the very strong stand the company has taken against antisemitism and the BDS agenda.

I don’t see this as a victory. Sure, consumers will continue to be able to buy the product, but only because Unilever is selling the whole business rather than continue to engage in it itself. And the Israeli buyer will not be allowed to use Ben & Jerry’s English trademarks; it can only use its own Hebrew and Arabic trademarks that it developed. All its buying is the local rights to the recipe (if that’s patented) and the graphics, and assurance that Ben & Jerry’s won’t one day change its mind and re-enter the Israeli market to compete with it.

Unilever gets rid of a headache, so it can continue to do business in Israel without risking legal consequences either in Israel for not selling B&J or in the USA for overriding B&J’s independent board.

And the B&J board gets what it wants — it will not be “tainted” by having its products sold anywhere in Israel. Tourists will not see the familiar English B&J logo on Israeli shelves; they’ll see something that reminds them of B&J, but it will be “some local knockoff that we can’t do anything about”.

Just whitewashes (can I say that word?) over the real issues. It’s also buying protection for Unilever from mayhem.

The recipe is probably held as a trade secret

The Israeli manufacturer by definition has to be in on the secret. So if it’s not patented then once his contract is over he could make it for himself even without Unilever’s consent.

While this can be touted by all parties as a win-win situation, I think that the rest of us can pretty well read the situation: go woke, go broke. Unless sales suffer with the name change, I can see this legerdemain satisfying everyone except the BDS crowd and, quite frankly, I’m sick of hearing their demands.

Don’t know how it is in Israel, but I always considered it overpriced here in the States.

What does it say in Hebrew? Benjamin and Jeremiah?

“Benjamin and Jeremiah’s ice cream” would be גלידת בנימין וירמיהו

Oh, that’s good. Otherwise it might offend Palestinians—-they start their children on Cherry Bomb Garcia and work their way up to Chocolate C-4.

What those losers in Palestine do to their children makes it clear that they are not salvageable and that they deserve a permanent peace.

The Arab world would interpret that as being a statement on Israel.

And they would be wrong.

Bear in mind that Unilever didn’t want any of this. It does a lot of business in Israel, and in compliance with Israeli law it does not discriminate between Israel proper and the “territories”.

But when it bought Ben & Jerry’s part of the deal was that a guarantee that the B&J board would continue to exist and to control the brand’s “social mission”, without interference by Unilever. No doubt they thought all this meant was that the board would donate money to various “worthy causes” and signal its “virtue” in various other ways. They didn’t anticipate that one day the board would decide to break off its contract with a manufacturer for a whole country.