“The Illinois Investment Policy Board vote to add Unilever to the state’s prohibited entity list was unanimous.” 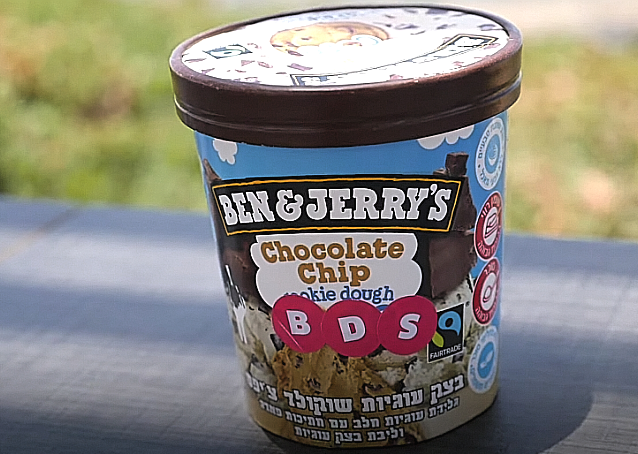 Illinois has joined a growing list of states divesting from Unilever over its subsidiary Ben & Jerry’s decision to restrict the distribution of its ice cream in parts of Israel.

On Wednesday, the Illinois Investment Policy Board voted unanimously to divest state employee pension funds from Unilever. The seven-member board added Ben & Jerry’s parent company “to its prohibited entity list,” the Reuters reported.

The move was in response to Ben & Jerry’s announcement made in July to stop selling its products in the so-called “Occupied Palestinian Territory,” a reference to Israel’s Judea and Samaria region as well as East Jerusalem. The Vermont-based  company cancelled a nationwide licensing deal with the Israeli distributor after it objected to the decision to stop selling the ice dream throughout the country.

An Illinois board overseeing state employee pension funds on Wednesday voted to bar funds from holding Unilever PLC shares due to sales limits by the company’s Ben & Jerry’s ice cream brand in Israel, joining at least five other U.S. states moving to restrict the stock.

A representative for the Illinois Investment Policy Board said it voted 7-0 at a meeting on Wednesday “to add Unilever to its prohibited entity list,” following similar moves by other states including New York and New Jersey.

Unilever representatives did not immediately respond to questions.

An exact value of Unilever shares that state funds must now sell, if they own them, was not immediately available. Members of the board include representatives of Illinois teachers and university retirement systems and the Illinois State Board of Investment, who did not immediately respond to questions Wednesday evening.

Like other states Illinois law bars investments in companies that boycott Israel. Ben & Jerry’s moved in July to end a license for its ice cream to be sold in the West Bank and East Jerusalem, saying sales there were “inconsistent with its values.

Unilever has distanced itself from Ben & Jerry’s decision, but has refused to intervene, claiming that the move was taken by the subsidiary’s “independent social-mission board.”

Proud of my home state of Illinois, which voted to join Arizona, Florida, New York, New Jersey, and Texas in divesting pension funds from Unilever. because it owns Ben&Jerrys and has refused to reverse the company's discriminatory decision to cut ties with its factory in #Israel.

In 2015, Illinois became the first U.S. state to approve a bill that prevents its pension funds from investing in companies that boycott Israel. “This anti-boycott law requires the creation of a state-run blacklist of foreign companies that boycott Israel and “territories controlled by Israel” and compels the state’s pension fund to divest from and prohibit investment in those companies,” the Illinois bill says. The bill was followed by similar legislations in 32 other states.

The Ben & Jerry’s decision was met with cheers from the antisemitic Boycott, Divestment and Sanctions (BDS) campaign and leftists agitators from across the world. “The groundswell for Palestinian freedom has reached new levels.” The Guardian, a leading leftwing British newspaper, declared. “It’s only a matter of time before other companies take Ben & Jerry’s lead,” the daily triumphantly added.

The initial news reports do not mention the actual worth of the bonds set to be divested, but the state’s pension fund investment in the company could be well in the tens of millions. In September, Arizona “sold off $93 million in Unilever bonds and plan[ed] to sell the remaining $50 million” over the Ben & Jerry’s Israel boycott, The Associated Press noted.

Nobody is buying their Maxist – neo-racist bullshit nor their ice cream.

I guess that’s why it’s still on the market.

Well, if I were still in RI, I’d say… CookiePuss!

It seems strange Retired Viking—two left-leaning Jewish guys support Israel’s enemies. What can I compare it to?

Well, I can explain that. I looked up and saw “Gentle Grizzly” and was so shocked my paw inadvertantly came down hard on the key pad and out came “left-leaning”.

Liberal Jews are more dangerous to world Jewry than any Iranian nuke will be or Nazi concentration camp ever was. They’re just not Jew anymore – except to their leftist buddies, who would see them dead in a heartbeat.

Is B&J going to turn around and sue Illinois for being homophobic as well? No?
What a shame – and here I was setting up popcorn stands.

Good for Illinois. And good for my home state of Texas.

Even from an apolitical perspective, ben and Jerry’s was innovative when started but now it is just another choice among the weeds that can be easily overlooked and ignored.

Too many chunky monkeys in this country as it is

Aside from being a couple of a-hole fake hippies, they’re product is crap wrapped up in containers that are supposed to look like someone drew them up on the spot and given stupid dad-pun names.

It’s corn syrup, guar gum and all the same junk every other lousy factory ice cream uses. I went past their plant on my way to smugglers notch a few years back and my travelling companion says “Oooo…they do tours! wanna take one?” and i said “I think I’d rather hammer my toes flat”

It was a late Christmas eve…

Just between you and me, I wouldn’t want my pension funds anywhere near Illinois’ funds (or lack thereof) 🙂

Dude, where Ilinois has its money is the same place Pelosi has hers. Do you imagine you’re going to lose?

I think all political “divestments” are bullshit, including this one.

Illinois? Illinois did this?

I am such a jerk. My mind works, well it works the way it does. Christ was born to atone for my sins. Which are many. The next thing I know I’m thinking of that song from Zulu. Men of Harlech. Because Rick Rescorla, a Welshman, died noisily rather than give up quietly. I think he’d want to be remembered as a Welshman.

Don’t even ask me about the 1979 Thunderbird. Speaking of sins. Can you imagine a car company wasting that amount of real estate on a car today?

I don’t know why I’m jonesing for a late seventies T Bird.