Don’t hold your breath, though. Sec. Haaland’s attention has been focused on race activism rather than solving America’s energy crisis. 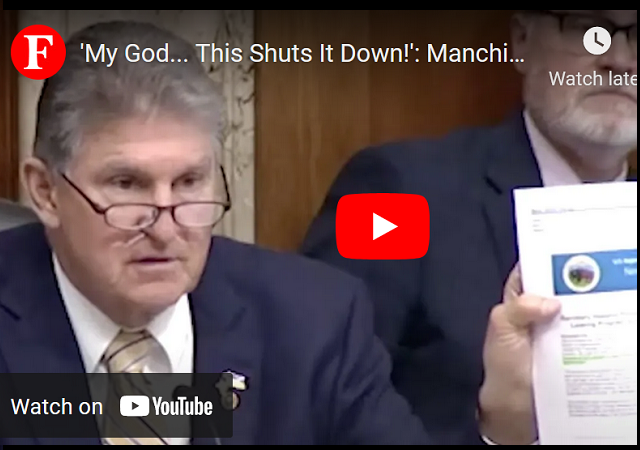 It has been another spectacular week of incompetence and buffoonery by members of the Biden administration.

I would like you introduce you to Deb Haaland, the Secretary if the Interior.  Haaland is a classic Biden appointment, selected for her minority status (Native American) and focus on progressive activism, in addition to her adherence to party over citizens.

The former New Mexico congresswoman was confirmed by the the Senate with a 51–40 vote.  The four Republicans joining were Susan Collins, Lisa Murkowski, Dan Sullivan, and Lindsey Graham.

Since that appointment, her attention seems to have been primarily focused on race activism.  Here is a list of Haaland’s accomplishments in her current position:

In April 2021, Haaland announced a new unit within Bureau of Indian Affairs that plans to tackle the decades-long crisis of missing and murdered Native Americans, saying, “We are fully committed to assisting Tribal communities with these investigations, and the MMU will leverage every resource available to be a force-multiplier in preventing these cases from becoming cold case investigations”.

In May 2021, Haaland approved the new constitution of the Cherokee Nation with protections for Cherokee Freedmen.

In June 2021, Haaland announced the creation of the Federal Indian Boarding School Initiative. The initiative’s goal is to investigate long-standing abuse in the now defunct residential boarding schools that housed Native American children under the 1819 Civilization Fund Act.

In November 2021, Haaland declared the word “squaw” to be derogatory and ordered a task force to determine new names for the 650 places in the country affected by the ruling.

The neglect of allowing Americans to actually utilize the resources in the nation’s interior has now gotten substantial attention, thanks to escalating gasoline prices. So, Haaland spent some time in front of a Senate hearing this week explaining administration priorities.

Sen. Joe Manchin and Republicans on the committee expressed concern that the Department of Interior appeared to be delaying holding more oil and gas lease sales just as gasoline prices are surging in the US.

“The President says he wants his administration to encourage more American energy,” said Sen. John Barrasso, a Republican from Wyoming. “Instead your department, Madam Secretary, stalls, postpones and kills oil and natural gas lease sales. Your department is undermining domestic energy production, not expediting it.”

Manchin was especially disturbed by her responses. He confronted the Secretary on the Interior Department’s memo highlighting the intention to kill oil and gas exploration.

MANCHIN: “It looks like you all are going to shut everything down.”

HAALAND: “I am sorry. I am sitting in this hearing…”

“We are holding this hearing during trying times,” Manchin told Haaland, adding that his frustration had hit “an all-time high” as the U.S. seeks to increase oil production in Iran and Venezuela in an attempt to replace Russian energy “while we are at the same time blocking increased energy production at home.”

Manchin told Haaland that he backed the Interior Department’s decision last year to “pause” energy lease sales while the Biden administration conducted a review of the federal oil and gas program.

But he added: “Almost a year and a half into the administration, and as the world begs for North American oil and gas, we still have no leases. … I’m sorry to say it has become crystal-clear that the pause is in fact a ban.”

During the grilling, Haaland did promise a serious offshore leasing plan within six months. However, the announcement drew skepticism from the oil and gas industry.

“It’s an announcement that there will be another announcement,” said Erik Milito, president of the trade group National Offshore Industries Association. “Interior has had 16 months to fulfill its statutory obligation to develop and maintain an offshore oil and gas leasing program and it has failed.”

During the hearing, Halaand declined to say whether or not the Interior Department planned to include any lease sales in the five-year plan.

Don’t hold your breath.  Clearly, Sec. Haaland’s attention has been focused on race activism rather than on solving America’s energy crisis. Her focus is not likely to change anytime soon, either.

Halaand is a lying red liberal bastard like the rest of ‘Joe’s Junta’. They collectively are a threat to national security.

Manchin remaining in the democrat party is bizarre.

Manchin is truly the last of the Mohicans

The Admin considers all of this a temporary issue on the way to a green future of “renewable” energy (defying the laws of thermodynamics… the REAL Science). So this stalling is baked into the plans. The Left’s idea of energy independence will wind up being independent of energy… as in how many candles you will need to read by. No matter how much suffering and financial ruin is created,,,, it’s all needed to save a large ball of dirt appropriately called “Earth”.

They have several things planned to take your mind off the subject:

Silver lining alert: six months from now is November which just happens to when the midterms are held.

Thanks for the heads up. Looking forward to it. I need all the silver linings I can get.

In Haaland’s defense (bear with me) the first thing on the list of “accomplishments” is addressing a real problem. Too bad it’s BIA “handling” it.

If this sounds like a weak defense of Haaland, it is. It’s clear that she didn’t want to say, “No, there will be no leases” but it really looks like the administration has no intention of allowing any leases, or anything else that would be in this country’s interest.

“incompetence and buffoonery”
I don’t think this is the key issue. Every agency that is involved in permitting or regulating oil and gas production is cancelling leases, stalling permits, etc. There is a “whole of government” effort to crush energy.

Haaland may or may not be competent, but it appears also that she actually isn’t in control of her department. Someone else seems to be coordinating all of these departments as they are moving the same way. She doesn’t even know what her department is doing and has to pretend that she will do something about Manchin’s concerns. All she can do is sit there and take the questions, though.

During the pandemic where people were isolating at home and businesses were closed, the ‘elite’ still traveled and frequented businesses which opened just to serve them …

Reveling in their special treatment, I’m certain they want to make it a permanent perk for themselves. Together with the optics and message of a fence around the capital and the NG deployed to keep people out, their intent seems clear.

At the rate gas prices are increasing, in six months it will be too late for a fix. And they are not even promising to fix it in six months!

My guess is that their announcement for a fix will be two weeks before the November election. They will make beautiful promises, probably even include energy independence in it. Then in December they will scratch everything and go back to “buy an electric car but not from Tesla.”

The problem with the electric car push is that there are now warnings across the US that we will have rolling blackouts this summer – because of “climate change”! Nothing to do with scaling back conventional generation to replace it with intermittent wind and solar, though. It’s all climate change.

Manchin is just a scumbag weasel trying to deflect blame.

EVERYBODY knew that this so-called ‘pause’ was just a ban, and he voted for it anyway.

Now he’s trying to pull the, ‘aw gee shucks guys, how could I have known?’

He doesn’t give one single fuck about the problem, he’s just hoping that he can avoid the blame.

Six more months of nothing and then rules that will continue to strangle the economy.

i had to laugh when she said they were doing everything they could to bring down the cost, The feds tax gasoline, why not suspend fuel taxes at the federal level, then again all it would do is just add to the debt.

He’s lying about the lies.

And by that time we shall be in worse shape, thanks xiden!

It doesn’t actually take them six months to write out “we do not plan to issue any leases.” They just don’t want to admit it.

Remember, it’s not just the leases, it’s the drilling permits. If you take a lease and do the exploration to find a significant deposit, but then Interior refuses to issue a permit, you’ve spent your money (lease and exploration) for exactly nothing.

Leases are just the start. You need the drilling permits, road permits, pipeline permits, or you can’t extract anything from the lease.

Who cares, in six months Biden will be knee deep in impeachment hearings and we will take care of oil ourselves.

This is deliberate enemy action, not incompetence and buffoonery.