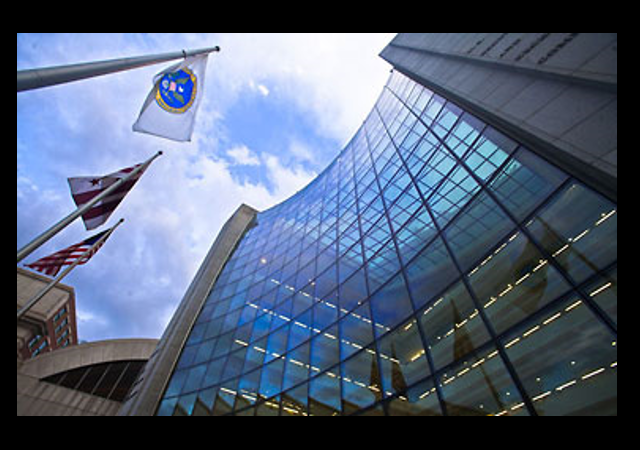 How can you tell the coronavirus pandemic is winding down?

Because bureaucrats are now moving back to “climate change” as the priority panic issue.

And the officials who want a piece of the power pie has expanded beyond the Environmental Protection Agency, which has been keen to view life-essential carbon dioxide as a “pollutant” for regulations, fees, and general domain enhancement.

The Securities and Exchange Commission is poised to unleash rules mandating that public companies tell their shareholders and the federal government how they affect the climate.

The nation’s top financial regulator gave initial approval to the much-anticipated climate disclosure rule at a meeting on Monday, moving forward with a measure that would bolster the Biden administration’s stalled environmental agenda.

The proposed rule — approved by a 3-to-1 vote — aims to give investors a clearer picture of the risks that climate change might pose to companies, because of disasters like droughts and wildfires, changes in government environmental policies or consumers’ declining interest in products that contribute to global warming.

But the consequences could be more far-reaching: Environmental and corporate-governance advocates said the transparency the rule requires would hold companies accountable for their role in climate change, and give investors more leverage in forcing changes to business practices that contribute to rising global temperatures.

Will companies get tax breaks if global temperatures decrease? After all, there is a projection of a Maunder Minimum that is usually associated with global cooling. The Antarctic had its chilliest summer on record last year, and there was early freezing in the Arctic.

The regulations are open for public comment for 60 days before the SEC can finalize and enforce them. I am sure there will be many choice remarks on this idea, especially as the nation struggles with supply chain issues, inflation, and recovering from the burdens of the ill-considered pandemic response that has resulted in a myriad of unintended consequences.

Under the proposed rules, publicly traded companies will be required to explain in their regular disclosures to investors how certain climate-related risks can affect their finances. Potential risks include the rising frequency of severe weather, the potential costs of shifting away from fossil fuels and a company’s own efforts to limit its carbon footprint. Companies will be required to calculate these potential costs from data they already compile for regular disclosures to investors.

Companies will also be required to disclose their “Scope 1” emissions — the amount of greenhouse gas emissions they directly produce through their own business operations, such as manufacturing or mining — along with their “Scope 2” emissions, which come from the energy they purchase to keep their business running.

Companies would also be required to report their “Scope 3” greenhouse gas emissions, which include emissions from the goods and services purchased by the firm, if they have set public emissions reduction targets or if those emissions pose a direct financial risk to the business. Firms required to report Scope 3 emissions, however, will not face penalties if they come forward with mistakes or miscalculations in those figures.

The cost of compliance will be enormous and have a bearing on the price of purchasing goods. The hours, resources, and energy required to complete these forms will be staggering and hinder companies from transitioning to being publicly-traded entities.

But then again, there are other stock exchanges in the world. I am sure India might be open to companies conducting trades on its exchange without this flaming regulatory hoop.

I am sure the green justice activists in the Beltway and the associated media view this as “progress.” However, the reality is that the SEC has just polluted America’s business environment.

Looks like the SEC is looking to set up a massive government fraud engine. Question is, how to stop it, or get it overturned? It seems, based on the ambiguity of the science, that this is can only be enforced in an arbitrary and capricious way.

If the property is going to be at risk to be “underwater” during the 30 year useful life, then the value is overrated by 90%.
Manhattan property values need to be adjusted downward by 90%.

Unless you’re just making stuff up, while colluding with others.

Better yet, I am certain SCOTUS will entertain the first challenge to this as unconstitutional. The companies should already be preparing for this as well as being willing to ignore it if/when issued. I am expecting it won’t be issued. It is unenforceable and makes absolutely no sense even at the scientific level. Companies would have to guess about everything that companies they do business with who are not publicly traded or who operate outside of the US.

Congress should be blasting the SEC right now and if they don’t, remember in November that the Cocaine Turtle’s Uniparty was again MIA. Make it a Republican squish problem.

Please stop apostrophising your plurals. It is very confusing.

How to stop it? Pitchforks, torches, tar, feathers, pillories….

These dirtbags really need (and so much deserve) the full treatment.

Chanllenging thier authority to do so and getting it in front of the SCOTUS is the only way. That’s why we need to somehow get rid or curtail this massive administrative state we have, whereby government agencies, NOT Congress, runs the country.
Barring that, we need to reassert state’s rights and federalism.

…and who is John Galt?

Not only public comments but lawsuits. The mandate of the SEC doesn’t run to allow them to require it. This is regulatory drift and ideological mission creep at it’s worst.

Where in the enabling legislation for the SEC does it allow for non-financial information gathering?
In other words, what gives the SEC the right to demand these kinds of reports?

The answer is it does not and it won’t matter because no one will stop them.

According to the SEC’s website, the SEC has a three-part mission of the SEC is:

How does this rule further that mission?

I agree. Once they wrap their little heads around another lever to control another function of our economy — ??

Remember the old days when we lived in a country where the legislature wrote the laws and the executive branch executed and enforced the laws?

That is what killed the vaccine mandate last year and what will kill this mandate if issued. Bureaucratic over-reach. SCOTUS already ruled on this last year. This would require an act of Congress and even then….

I am a CPA, though I dont work in the area of publicly held company financial audits and disclosure.

Technology changes, demographic changes are vastly greater risks than the effects of climate change, and no disclosures are required for those risks.

Except real estate valuation. If during the useful life of the property it will be unusable, the valuation must reflect that. AND the Property Tax Assessment needs to be reduced to reflect that toot.
Let’s see if Mayor’s REALLY believe that their city will be underwater in 12 years. Having their tax base reduced by 90%, may not win hearts and minds, but it will change their public statements.

What part of “This isn’t your job” don’t they understand?

We’re waist deep in illegals, crime is rampant and inflation is through the roof, and they yell at us, “The sky is falling. The sky is falling. It will get warmer by July and someday the ocean will rise an inch.” You scratch your head and think to yourself, “Maybe a war with Russia ain’t so bad after all.”

This is why Americans despise bureaucrats. A total abuse of power with no consequences.

There is always something new about climate on my works website but the funny thing is they continue to lend on sea front properties like they are going out of fashion!

It is always easy to see these people that make Climate issues like Warming and the sea will rise and the coast will be affected, but they buy mansions along the coast. It taught me years ago it was a scam and they were just out to make money. This is just them and the Deep State doing it. It will require lawsuits and lawyers, but these people will get money while we lose our money while it is tied up in lawsuits.

Having been more or less smacked down for trying to legislate CO2 by the EPA, the greedy little control freaks are now taking the back door to getting their way and crippling our economy.

Once the CDC started issuing dictats regarding evictions (and it was allowed to go on for years) you knew it was all over. “Our” feral government is far worse than King George’s ever was.

There really is nothing short of a national divorce that will do.

Commissioner Hester Peirce’s critique of the rule is excellent:

Hopefully this rule will be challenged and stricken as beyond the purview of the SEC.