My WSJ op-ed with Andrew Gutmann “Inside the Woke Indoctrination Machine” continues to generate enormous attention. Watch three more excerpts from the training sessions cited in the article, including critical analysis of the claims they make, and how these ideas influence children in NAIS schools. 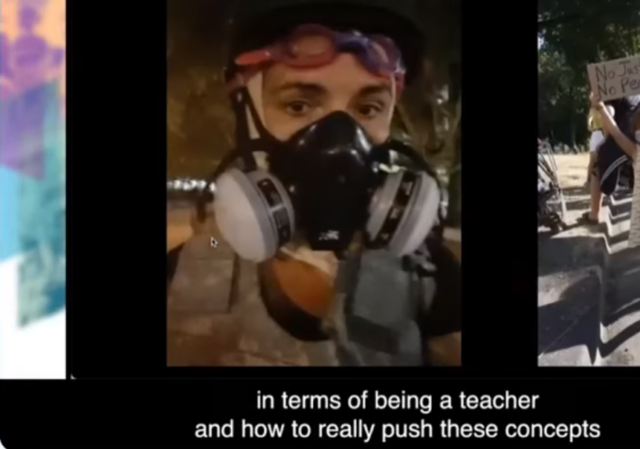 Over the past week, both Andrew Gutmann and I continued to receive emails from readers of our WSJ op-ed on the National Association of Independent Schools’ (NAIS) People of Color Conference (PoCC). 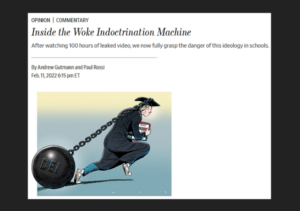 In last week’s piece in this series on NAIS schools, I shared three excerpts from the sessions we watched, with analysis of some of the concepts raised by presenters. Reader, let me continue to be your Virgil as I lead you through three more clips from within the woke indoctrination machine.

Decolonizing the Minds of Second Graders

The teacher-activist is a staple at NAIS independent schools, and I knew many at Grace. For seminal “critical pedagogues” like Paolo Freire and Henry Giroux, all teaching is political, so it is essential for these educators to embrace teaching as a vehicle for social change. This second grade teacher embraces the philosophy with gusto. Imagine being a second grader in her classroom, and learning that “settler colonialism” means passing this litmus test–if your ancestors were not indigenous to a region (I would assume that’s the majority of them), then you are complicit with genocide.

“Not all Skinfolk Are Kinfolk”

NAIS schools’ stated aims of diversity actually result in a stifling intellectual monoculture. Practitioners justify their interventions with research showing that groups containing diverse viewpoints are more creative and productive. However, this clip illustrates clearly how diversity within oppressed groups is strictly policed, lest it undermine the political project these radicals want to impose.

To maintain a united front, it is crucial that social justice pedagogues maintain ideological conformity within oppressed groups. Voices of dissent within minority blocks are at best a distraction, and at worst, undermine the solidarity they must maintain to achieve their radical vision of social change. Remember Ayanna Presley (D-Mass) saying “We don’t need any more black faces that don’t want to be a black voice“? Or when Joe Biden said “If you have a problem figuring out whether you’re for me or Trump, then you ain’t black.”

The presenter here supports this line of thinking by invoking the maxim “Not all skinfolk are kinfolk”–a phrase we heard repeatedly across sessions when confronting the problems viewpoint diversity can cause. This phrase was popularized by the great writer and social commentator, Zora Neale Hurston. Dr. Henry Louis Gates shows how she popularized the saying in a story illustrating how the black bourgeoisie looked down on unruly behavior. Ironically, Hurston held many conservative views (she opposed the New Deal, and, as someone highly critical of “race consciousness”, most likely would have abhorred the identity politics of today). Is this presenter is even aware of the provenance of the line she’s quoting here?

Transparency is the current front in the war on CRT in our schools. It’s a hot issue precisely because parents are so often denied access to their children’s curriculum and teachers and administrations dissimulate about what their children are learning, as well as the kinds of divisive activities they require the students to participate in. In this clip, this fifth grade teacher from New York City explains that making systemic and transformational change to a school means limiting transparency, because you don’t want to give meddlesome parents or alumni the idea that they might have a say when they don’t. Additionally, you wouldn’t want them to raise a lot of “pointed questions” that might obstruct “this work”.

Sadly, administrations who take this presenter’s advice are absolutely within their power. The reality is that parents sign highly one-sided enrollment contracts at these NAIS schools, which completely limit a parent’s right to have input in any changes schools make over the course of a child’s education. Schools know that transfer costs are high, once a student has become part of a community, and it can be an enormous social and academic adjustment. Not surprisingly, they use this leverage to their advantage.

For all the talk of kindergarteners being “natural social justice warriors” because of their “innate understanding of fairness,” NAIS has extraordinarily one-sided enrollment contracts! They must be rewritten to correct the power imbalance @megynkelly @RubinReport @kate_freedomer https://t.co/PRF1ZaP2bM

Many readers sent corroborating stories about the downstream effects on their schools of the DEI training we described. One parent sent a quote from an academic paper written by a former teacher at her NAIS school, which states: “It is impossible to institute social change in this population without the implementation and indoctrination of knowledge and values shared through education”

One reader who sent our WSJ article to other parents to gauge their reactions said, “What I got back was shock. I was assuming they realized how deep and pernicious this was.  They weren’t. That was a surprise to me.”

Another reader shared similarities with what we saw to the Liberated Ethnic Studies program, which is currently finding its way into classrooms in California. “What you are writing about is unhealthy, insidious stuff,” says another parent, “And I like the way you point out where it is intended to head.”

Later this week my series will continue with an in-depth look into how the BLM at School curriculum is used with 4th and 5th graders at one NAIS school. Keep an eye out for this in coming days.

Had to over 10 years ago Dennis Prager labeled the public school system Leftist Seminaries, indoctrinated children into the Leftist religion just as a Seminary would in any other religion.

How can a school be Independent if it belongs to such an organization?

This is Marxist brainwashing

It’s one thing to indoctrinate your own kids. It’s quite another to brainwash kids other than your own – that’s evil.

All these smartasses who talk about “indigenous peoples” convenienty forget to mention that the history of mankind is nothing if not a history of migration of tribes and people groups… making it difficult for one single group to claim that they are “the originals” since one bunch would move on and another would move in to take their place.

In a very real sense we are all “settlers” and “colonists,” but of course the only “settlers” they have problems with are European settlers, bringing their “whiteness” and their Christianity.

@PaulRossi,
With parents signing “highly one-sided enrollment contracts at these NAIS schools,” maybe the only ones who might speak out against CRT are a school’s alumni. What national or regional organizations can we alumni join towards this end?

It would be wonderful if Alumni took a more active role. Asking some pointed questions before sending checks for example.