Carjackings Skyrocket During COVID Pandemic With D.C. Having At Least One a Day

Carjackings Skyrocket During COVID Pandemic With D.C. Having At Least One a Day

Soft-on-crime policies are causing major problems in these blue cities. 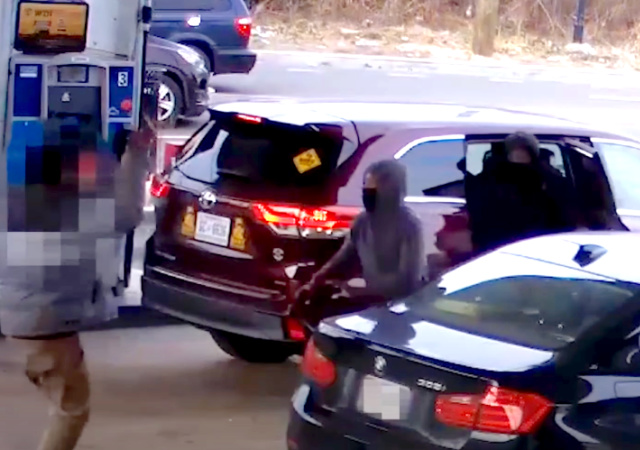 Major cities have seen an increase in carjackings and car thefts during the COVID pandemic. Washington, D.C., is receiving the most attention because as of January 20 it averages at least one a day.

A carjacking takes place in the presence of the victim. Car theft is stealing an unattended car.

This is important because people are literally taking a person’s car from them in front of the person. I’m disappointed outlets rarely note the difference. It seems to me people have become bolder and don’t care about the consequences.

“It is lawless,” said Raymond Lopez, an alderman for Chicago’s 15th Ward. “It doesn’t feel lawless. It is.”

Lopez said, “It’s like the perfect storm, where all these soft on crime policies have come to a head during this pandemic.”

Chicago will send home people with electronic monitoring. They will “sometimes reoffend while awaiting trial”:

Lopez said the choice to not take crime seriously among young teens will have consequences years later when they age out of the juvenile justice system.

“When you have carjackers who are 15 on their third car, that’s a problem,” he said.

Carjackings are also up in D.C. with 37 between January 1 and 20. That means it has at least one carjacking a day:

D.C.’s carjacking problem appeared on the radar last year when two teenage girls carjacked and murdered a Pakistani Uber Eats driver. Mike wrote that by the end of March 2021 D.C. had 101 carjackings.

Four men carjacked Nate Fleming, a D.C. Council candidate, on January 20. He “was in fear for my life” and felt “lucky to be alive.” They took his black BMW.

Philadelphia has had 100 carjackings so far this year. Its problem got national attention when a 19-year-old carjacked Pennsylvania Rep. Mary Gay Scanlon at gunpoint in December.

I wonder what will happen in New York now that the DA has proclaimed criminals will not be prosecuted for most crimes as long as they don’t use a gun.

Crime is the new black entitlement.

— most prevalent in Democrat-run cities

When will the voters make the connections?

The charges of white privilege and systemic racism that are tearing the country apart fIoat free of reality. Two known facts, long since documented beyond reasonable doubt, need to be brought into the open and incorporated into the way we think about public policy: American whites, blacks, Hispanics, and Asians have different violent crime rates and different means and distributions of cognitive ability. The allegations of racism in policing, college admissions, segregation in housing, and hiring and promotions in the workplace ignore the ways in which the problems that prompt the allegations of systemic racism are driven by these two realities.

Cure racism by having everyone recognize that according to science mankind originated in Africa. This fact makes all of us African Americans and this will end racism because we will all be of the same race. There will be no need for affirmative action 100 percent of the workforce is African American.

A woman in Seattle was car jack twice in the space of three days.

I had a dial installed on my iPhone. Nobody wants to steal it.

They don’t even know what it is. Good one.

They will steal it because they think it has a cool phone grip attached.

My mechanic has commented that nobody will steal any of my standard shift vehicles because they don’t know how to drive them. Anti-jacking system is the legal ability to carry in a vehicle or on your person. When they might confront the wrong person, it helps to reduce carjacks by redirecting them to plain old car theft. A quick Duck Duck search for Dallas carjacks in 2021 returned info on Chicago and DC, but nothing on Dallas. I’m sure there were some, but apparently not particularly noteworthy numbers.

Maybe as we become South Africa we should borrow an idea from South Africa. Lots of automobiles there are equipped with flamethrowers the room along the rocker panels. One of the local animals starts to attack the car driver throws a switch and burns whoever it is trying to attack the car.

Mandela’s Zhosa vs Zulu, native South Africans caught in the middle, and public and not so private lynchings in a Pro-Choice progression. A novel normal, NOW.

The contrast between areas governed by d/prog and those governed by the sane is going to continue to widen. The continued sorting as people relocate to areas in line with their societal expectations is accelerating. If you are still in a deep blue location and don’t share the d/prog vision then I suggest you consider relocation.

A novel legalized bag limit for social justice and other purposes.