Stocks sink, with the Dow briefly down 1,000 points. 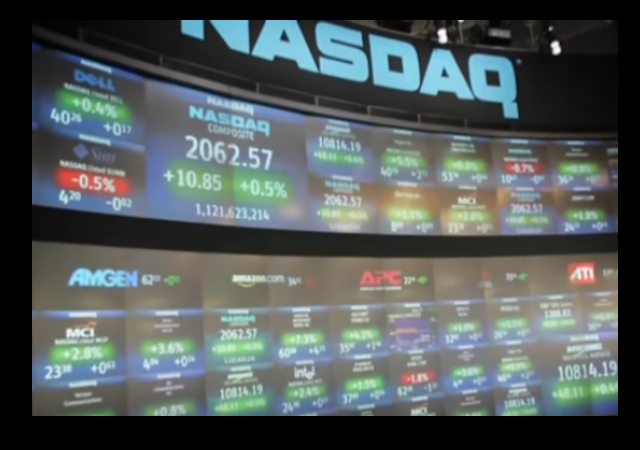 As I have pointed out many times before, we will be experiencing cycles of SARS-Cov-2 virus infection, in all its variations, until the global population has achieved enough immunity that this pathogen joins the rest of the others causing cold-like respiratory illnesses.

The failure to conduct appropriate risk assessment, allow for natural immunity, and focus on cost-efficient and effective therapeutics rather than rely on vaccine mandates will have significant economic consequences.

In the wake of the World Health Organization’s designation of Omicron as a “Variant of Concern,” what has been a fairly robust stock market succumbed to the subsequent border-closing panic and bureaucratic drama.

U.S. stocks suffered from some of the biggest single-day declines of the year on Friday as a new, fast-spreading COVID-19 variant detected in South Africa triggered fresh fears that a resurgent coronavirus could scuttle the global economy’s recovery from the pandemic.

The Dow Jones Industrial Average – after briefly falling more than 1,000 points – ended the day down 905 points, or 2.5%, for its worst drop of the year, while the S&P 500 fell 2.27%, its worst day since February. The Nasdaq Composite dropped 2.23% in the shortened trading session on Friday (U.S. markets close at 1 p.m. ET due to the Thanksgiving holiday.)

The drop comes after health officials warned of a new variant found in South Africa that has a high number of mutations and has spread quickly among young people. The World Health Organization is due to meet Friday to discuss whether the strain is a concern and to determine whether to give it a name from the Greek alphabet.

And while “experts” point to “profit-taking” as part of the reason, the continued disruption to supply chains, employment, and travel opportunities if the response to the Omicron variant will occur before the nature of the real health hazards are identified.

Friday’s decline pulled the benchmark S&P 500 down further from a record high reached just last week. Amid supply chain disruptions and shortages of goods and workers in some sectors, investors have been preoccupied by rising prices and expectations about central banks withdrawing stimulus to combat inflation.

But the emergence of a new variant abruptly shifted their focus back to the core woes of the pandemic. A fourth wave of the virus in Europe has already led to a tightening of restrictions, including some lockdowns.

“The pandemic and Covid variants remain one of the biggest risks to markets, and are likely to continue to inject volatility,” Keith Lerner, a strategist at Truist, wrote in a note to clients.

Mr. Lerner said a modest sell-off is hardly unexpected, given the heights at which stocks have been trading. “We are not making any changes to our investment guidance at this point,” he wrote, adding that consumers and companies are much more adept at dealing with virus restrictions now.

The bond market took a hit, too.

“Investors are likely to shoot first and ask questions later until more is known,” Jeffrey Halley of Oanda said in a report. That was evident from the action in the bond market, where the yield on the 10-year Treasury note fell to 1.48% from 1.64% on Wednesday. As a result, banks took some of the heaviest losses. JPMorgan Chase dropped 3%.

Finally, cryptocurrency also fell in response to the news.

Bitcoin tumbled almost 8 per cent on Friday after the discovery of a new, potentially vaccine-resistant coronavirus variant now called Omicron by the World Health Organization (WHO).

Given what the politicians are already saying and doing, there is no chance of that.