“For decades, these groups have funneled cash from their accounts into the coffers of terrorists whose attacks have claimed the lives of countless Jews, Muslims, and Christians.” 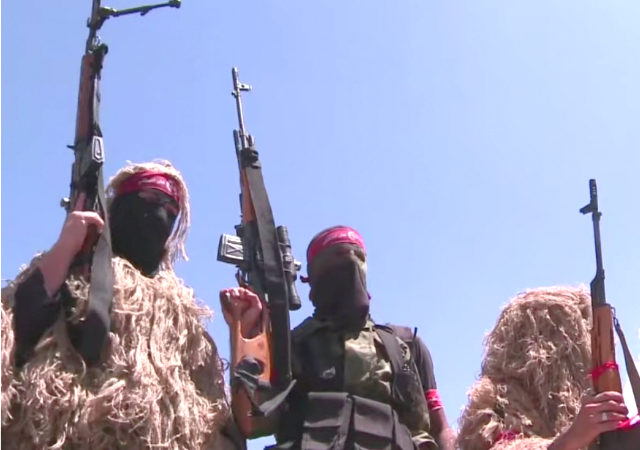 A Christian charity in Finland has cut ties with a Palestinian NGO linked to the terrorist group Popular Front for the Liberation of Palestine (PFLP).

The Finnish charity ended its founding for the PFLP-tied NGO, Defense for Children International-Palestine (DCIP) some two weeks after the Israeli government blacklisted 6 NGOs linked to the PFLP as “terrorist organizations.” The banned NGOs operate as front groups for the PFLP and have diverted millions of dollars of European and Western aid to the Palestinian terrorist group.

Funding of terror-linked Palestinian NGOs could hurt its activities in other countries, an official working for the Felm said. The Christian charity is affiliated to the Evangelical Lutheran Church of Finland and receives funding from the country’s government.

The six banned NGOs — apart from the DCIP — are Al-Haq, Addameer, the Bisan Center, the Union of Palestinian Women’s Committees, and the Union of Agricultural Work Committees. These NGOs are a “central source” of funding for the PFLP terrorist group and have acquired “large sums of money from European countries and international organisations,” the Israeli defense ministry says.

Defence for Children International-Palestine (DCIP) is one of six Palestinian groups Israel accused of funnelling donor aid to militants. It rejects the charge and says it has asked the missionary society Felm to reconsider cutting funds.

Israel says the six accused groups have close ties to the Popular Front for the Liberation of Palestine (PFLP), which has carried out deadly attacks on Israelis and is on U.S. and EU terrorism blacklists. (…)

“We have actively monitored the use of the money and it has been used for work advancing children’s rights,” Steffansson, whose organisation provided DCIP with 30,000 euros annually from 2015 to 2021, told Reuters.

But the Israeli designation had made it impossible to maintain ties with the group, Steffansson added.

“It could have impacted the work we do in 30 countries through banking services for example,” he said.

The Marxist PFLP and its Jihadi Friends

The PFLP, a Palestinian-Marxist terrorist group, shocked the world in the early 1970s when it carried out a series of high-profile aircraft hijackings and other dastardly terrorist attacks — a number of them with the help of European left-wing terrorist groups, including the notorious West German Baader Meinhof Gang.

The Marxist terror outfit coordinates attacks on Israel with Gaza-based Islamist Hamas and other Palestinian terrorist groups. The Communist terror outfit receives funding from the Shia-Islamic regime of Iran.

“The US State Department criticized the announcement on Friday in the most explicit admonition from the Biden administration since the new Israeli government was formed in June,” the Jerusalem Post reported recently. The left-wing Israel newspaper Haaretz called it “perhaps the Biden administration’s harshest public rebuke of Israel  since [the new Israeli government took] office.”

The Biden White House described the Israeli decision blacklist the PFLP-run NGOs as an attack on “human rights” and “fundamental freedoms.” The Islamist-allied PFLP, is a U.S.-designated terrorist organization.

“The fact that the Biden administration and other western liberals are horrified not by the weaponisation of human rights culture to advance a war of extermination but instead by the attempt to tackle this grotesque abuse says it all,” prominent British journalist, Melanie Phillips, noted in her recent column.

“These six front groups have deep ties to the Popular Front for the Liberation of Palestine (PFLP), a radical Islamist group that has murdered and maimed in service of its fanatical ideology,” well-known Palestinian human rights expert, Bassem Eid, explained in the Times of Israel. “For decades, these groups have funneled cash from their accounts into the coffers of terrorists whose attacks have claimed the lives of countless Jews, Muslims, and Christians.”

In recent years, the Legal Insurrection has extensively documented how PFLP-linked NGOs receive millions of dollars in funding from the U.S., and European governments. The Jerusalem-based watchdog group, NGO Monitor, has published detailed reports exposing the unholy alliance between the Palestinian charities and terrorist groups.

These NGOs, funded by foreign governments and charities, have convicted terrorists on their payrolls. Last month, the NGO Monitor published a summary of its research highlighting operational ties between the PFLP and its front groups. “NGO Monitor has identified a network of 13 NGOs linked to the Popular Front for the Liberation of Palestine (PFLP) terror organization and funded by European, and in some cases, other governmental frameworks. As of September 1, 2021, we have also identified over 70 staff and board members and other officials who hold positions in both the NGOs and the PFLP,” the watchdog group revealed.

took ’em long enough to figure it out

Death to Biden and the “palestinians”.

Melanie Phillips has it exactly right.