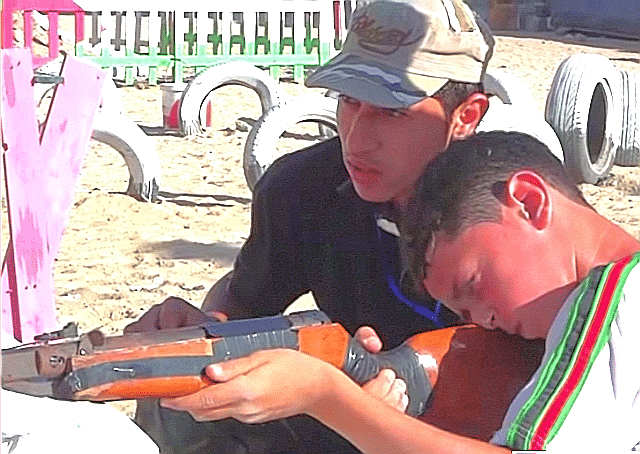 USAID, the U.S. international development agency responsible for distributing these funds, failed to carry out the necessary due diligence before handing over vast sums of money to Palestinian NGOs, the report said. In addition, the study pointed to “deficiencies in USAID’s anti-terror vetting,” showing how NGOs with known links to terrorist groups were able to get their hands on U.S. funds.

One of the NGOs cited in the report is “Juzoor.” The organization has ties to the Popular Front for the Liberation of Palestine (PFLP), a U.S.-designated terrorist group. “The massive funding to Juzoor is a prime example of how terror-promoting actors can receive US government funding when vetting is insufficiently robust and effective,” the report says. (Read the full report here.)

Palestinian NGO Juzoor for Health and Social Development received millions of dollars as a sub-grantee on USAID-funded projects during the period reviewed in the GAO audit. Both prior to and during the grant period, Juzoor ran a program that arranged meetings between teenagers and convicted Palestinian terrorists; in addition, its staff members glorified violence against Israelis. (…)

In at least 2007-2014, Juzoor maintained a Jerusalem Youth Parliament (JYP), “…designed to actively engage young Jerusalemite Palestinians ages 12 to 17 (as well as their parents and teachers) in active citizenship and to raise awareness of their Palestinian identity.” (…)

JYP hosted events with convicted terrorists, members of the US-designated terrorist organization the Popular Front for the Liberation of Palestine (PFLP), and their families, and held pro-BDS and anti-normalization activities for children. (…)

In addition to introducing children to PFLP terrorists, JYP staff also utilized social media to celebrate PFLP terrorists and promote the organization, while the NGO was receiving US funds.

The report cites two other recipients that got millions of dollars in U.S. aid:

The International Research and Exchanges Board (IREX) is a US-based organization that received $14.4 million in 2013-2017 from USAID. In implementing this youth focused grant, IREX contracted with multiple sub-grantees, many of which glorified violence and expressed support for convicted terrorists – both prior to and during the grant period. (…)

USAID is currently providing $24.5 million to Catholic Relief Services (CRS) for its 2016-2022 “Envision Gaza, 2020” program. In this context, CRS has partnered with several sub-grantees, including those that celebrate Palestinian terrorists.

The report highlights the failure of the U.S. foreign aid agency in conducting even the most basic vetting of its Palestinian NGOs:

Information pertaining to these activities was public and should have been accessed by USAID and primary grantee officials during the vetting process. Similarly, many of these incidents occurred before grants were issued, indicating a failure to properly vet grantees. Additionally, several of them took place during the grant period, reflecting the need to continue to monitor grantees after funds are approved.

The NGO Monitor’s report concludes with some recommendations:

Before approving grantees, USAID must conduct a thorough review of the websites and social media accounts of potential partners, including sub-grantees. This material should be reviewed to ensure that potential grantees are not tied to terrorist organizations, do not espouse or glorify violence, and do not promote antisemitic tropes and rhetoric.

The revelations should not come as a surprise. Palestinian NGOs have a disturbing history of working with convicted terrorists and jihadis. About 30 active and “retired” terrorists appeared on the payrolls of Palestinian NGOs, a 2020 report by Israel’s Ministry of Strategic Affairs disclosed. “Terrorist operatives assist NGOs in fundraising, share human resources and jointly promote public campaigns,” the report said.

The U.S. is not the only western country unwittingly funding Palestinian terrorism and incitement. European countries and the European Union provide massive funding to Palestinian groups and charities linked to terrorist groups. “The European Union (EU) is the largest governmental funder for NGOs active in the Arab-Israeli conflict, including some of the most radical and politicized groups,” NGO Monitor’s research shows.

“The U.S. is not the only western country unwittingly funding Palestinian terrorism and incitement.”
I believe I would have to argue, strenuously, with the adverb: “unwittingly”

This entire Palestinian fiasco is a con job.

Worse, we’re going to experience worldwide Muslim terror attacks, as we did in the 70s. We’re not going to escape them here in the US.

I suppose we can take some measure of solace in the knowledge that this particular kid, being taught to shoot by this particular guy, will never be able to hit the broad side of a barn. Check out that aiming technique!

And, while we had some old, beat-up guns at summer camp, none were held together with electrical tape.

lol, so stupid they don’t even know that duct tape is the preferred solution

That, or they assume he is right eye dominant.

Well yeah, but when they see him getting all convoluted over the gun to use his left eye, they should teach him to shoot left-handed so he can use his dominant eye.

They may be too stupid to realize it. Or, they are like a navy chief in my chain of command who thought being left handed was a sign of devil possession.

When one war, two wars, and more wars, and several intifadas are just not enough, they can always fallback on the carriage of social justice in terrorist zones. Assaults on Israel are welcome, and domestic collateral damage are… well, Some, Select Palestinian Lives Matter.

And, personally, I think the government should cut off funding to ALL NGOs. It’s not the job of our gov’t to fund other people’s beliefs nor their charity work. And especially not their kleptocracies.

Why do we provide grants to NGO outside the US at all? We can’t monitor the funds nor have any accountability over where spent, for what purpose or the ultimate recipient.

I am all for any non ideological NGO which adheres to basic transparency being partnered with government activity. Funding is another matter. They can raise sufficient private funds or scale down the scope of their work.