In September, 2021, Smith & Wesson announced that it was moving its headquarters from Massachusetts to Tennessee 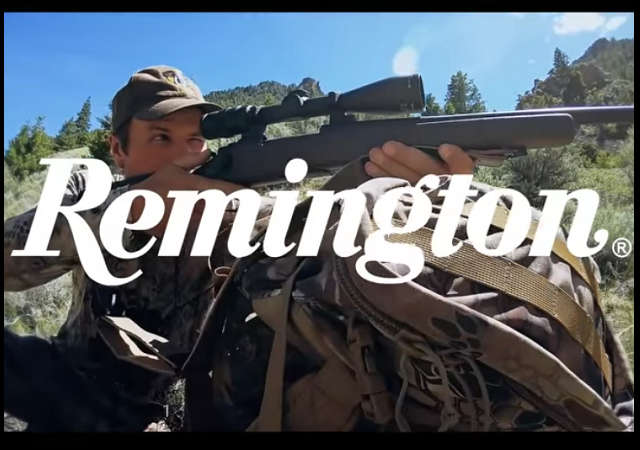 Blue states have become increasingly antagonistic to the Second Amendment, and red states are benefiting enormously from their choices.

In September, 2021, Smith & Wesson announced that it was moving to Tennessee from Springfield, Massachusetts, and now Remington Firearms announces that it is moving its headquarters from New York to LaGrange, Georgia.

In its announcement of their move, Smith & Wesson cited stifling Massachusetts restrictions as part of the reason for their decision.

Mark Smith, President and Chief Executive Officer, said “This has been an extremely difficult and emotional decision for us, but after an exhaustive and thorough analysis, for the continued health and strength of our iconic company, we feel that we have been left with no other alternative.” He specifically cited legislation recently proposed in Massachusetts that, if enacted, would prohibit the company from manufacturing certain firearms in the state.

“These bills would prevent Smith & Wesson from manufacturing firearms that are legal in almost every state in America and that are safely used by tens of millions of law-abiding citizens every day exercising their Constitutional 2nd Amendment rights, protecting themselves and their families, and enjoying the shooting sports. While we are hopeful that this arbitrary and damaging legislation will be defeated in this session, these products made up over 60% of our revenue last year, and the unfortunate likelihood that such restrictions would be raised again led to a review of the best path forward for Smith & Wesson.”

Smith indicated that the company vetted a number of cities and states and, after careful consideration, made the decision to relocate 750 jobs and its headquarters to Maryville, Tennessee. The key factors in the decision included the following:

Similarly, Remington alludes to a lack of support for the Second Amendment and the anti-business policies in New York for their decision.

“We are very excited to come to Georgia, a state that not only welcomes business but enthusiastically supports and welcomes companies in the firearms industry,” said Ken D’Arcy, RemArms CEO. “Between the support we’ve received from the state and from Scott Malone and Kelley Bush of the City of LaGrange Economic Development Authority, we cannot wait to expand our company in Georgia. Everyone involved in this process has shown how important business is to the state and how welcoming they are to all business, including the firearms industry.”

The company will be hiring for positions in production, operations, engineering, and management, as well as careers in HR, finance, and administration in Remington’s onsite executive offices. For more information, please visit www.remarms.com.

“I am thrilled to welcome Remington Firearms to the growing list of manufacturers who call LaGrange home,” said Mayor of LaGrange Jim Thornton. “The Remington name has long been associated with great products, and I know they will continue that tradition and be very successful here. I applaud the partnership with Governor Kemp and the economic development teams at the state and at the city that help attract great companies to our community.”

The move will be a boon to LaGrange, with an agreed-upon $100 million investment and over 800 Remington jobs over five years.

Remington Firearms, the country’s oldest gun manufacturer, will be moving its headquarters from Ilion, New York, to Georgia, the company announced Monday.

As part of the deal, the company said it would invest $100 million in the operation and hire 856 people over a five-year period in Troup County.

The great northeast, once again, “shooting itself in the foot” (or worse) & then crying “Rosenbaum”

Massachusetts & New York have had this coming for a long time. If this ever becomes a shooting war, gum sales should be to both Massachusetts 7 New York, a bit of justice.

Why GA when there are much more reliable red states?

That was then. This is now.

A CNN link. Hahahaha. Who would click that for starters? And who would believe anything published as “fact” by CNN without rigorous checking of other sources?

Yeah, GA voter laws are cute, aren’t they? The problem is that the GA Sec State, in cahoots with the usual race-baiters, willfully ignored the law and instituted voting policies that enabled industrial-scale fraud. Until the deep blue counties around Atlanta begin to conform to the voting law, elections in GA will continue to be brazenly stolen. Hell, they’ll steal that shit right in front of a camera and tell you not to believe your lyin’ eyes!

That “Jim Crow on steroids” canard has been debunked, and Leftists calling for boycotts — it turns out — only elicit yawns from real people.

That is a good point, the point I was making wasn’t that GA isn’t good for business now only that the political trends point to it turning into a blue state in a few election cycles at which point a firearms company that moved there will have to either accept the same attacks it is fleeing from in NY or move again.

Seems more convenient to move to a state that is more likely to stay friendly to gun manufacturers than to one slightly more friendly but about to turn.

Are you really crying about bringing in more red to a key battleground state that had a tinge of blue last round?

That’s exactly where you’d want red to go, and if a bunch of crying libs vacate the state because a big bad firearms manufacturer is coming then all the better!

Good point. I shouldn’t be this black pilled about the future of GA.

Beretta and SW took up the best spots in TN

Hopefully they are right not to be black pilled on GA.

New York and Massachusetts are hostile the the entire Bill of Rights (not just the 2nd Amendment) and the rule of law in general. That needs to be pointed out more often.

There’s a lot of NY besides NYC and Long Island.

The reality is the Remington location in NY is more like LaGrange, Ga, than the politically dominant downstate part of NY. Which makes this all the more ironic. You read about people fleeing Manhattan, but the upstate of NY has been decimated by the downstate politics for quite a while now. The population has been thinning west of Albany and the cabal from Albany south is just fine with it. Who needs those tax dollars if the tradeoff is a more reliable (and apathetic) Dem voter population?

This is the Curley Effect in action: drive out people who would not vote for you. It will likely damage the state economically, but it makes you almost unbeatable in elections.

NY is a lost cause. Better to move to a place where they can make a difference and enjoy life with fewer crazies at the same time.

New York State is a micro example of what Democrats desire by eliminating the Electoral College. Allow urban masses to dominate the whole. In New York state, the NY city with its mass of low information and liberal voters hews to the DNC line. The rest of the state is dragged along. Without the Electoral College the whole US will be dragged by the coastal states.

“…NY city with its mass of low information and liberal voters…”

Honestly- when Mississippi gets rid of its income tax (2030) they will be booming.

It seems like all our domestic gun manufacturers are moving to Red states. Protecting the supply lines?

LaGrange is an interesting location. It is home of the oldest private college in GA. A liberal arts and technical college. The college is currently the largest employer after the local school system in the county. I am surprised there has not been a large local pushback. I could see better locations like Metter, Vidalia, Blackshear, Pearson, or Nahunta as they are a bit more rural but a lot more red in their political views.