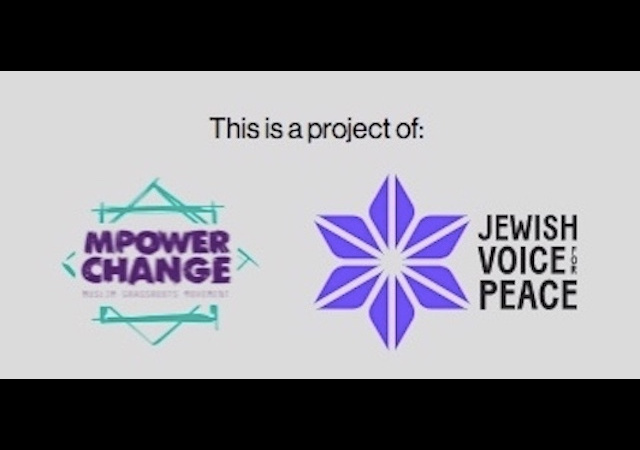 Silicon Valley’s latest “grassroots” movement may be less than it seems.

On October 12, NBC News’ website published an op-ed under the names of two Google and Amazon employees, Gabriel Schubiner and Bathool Syed, attacking company contracts with Israel. The same date, The Guardian published a very similar letter claiming to have been signed by more than 90 employees at Google and 300 at Amazon.

The letters complain that the contracts would help the perfidious Israeli military oppress Palestinians, and cited Palestinian casualties last May as evidence of Israel’s war crimes.

They neglect to mention that Israel was responding to attack after the terrorist group Hamas, which rules Gaza, launched more than 150 rockets against its civilians. They also fail to mention that at least 124 of the Palestinian casualties were combatants, according to a UN report, and don’t say how many of them were “work accidents” or caused by “friendly fire” from the 680 Palestinian rockets that misfired/landed in Gaza. They also ignore historical context: Israel’s rule over the territories began when it captured them in a defensive war, and it has twice offered the Palestinians their own state in exchange for an end to hostilities, but the Palestinians refused to accept.

As UK Lawyers for Israel (UKLFI) discovered, the letters appear to have been the first public salvo in an effort to astroturf the two tech giants. The day after the letters were published, October 13, saw the launch of a website called notechforapartheid.com. The website claimed it was “heeding the call from hundreds of Google and Amazon workers to rise up against the contract, known as Project Nimbus,” and contained a link to the anonymous letter. Syed’s Instagram page links directly to the website. The same date it launched, the website already contained endorsements from 40 anti-Israel organizations. Did all of that really happen in the space of 24 hours?

Although supposedly responding to the call of “hundreds” of alleged supporters of the just-published letters, the website’s domain was created August 17, nearly two months before the letters were published. As the Washington Free Beacon noted, the bottom of the website states, “This is a project of” and contains the logos of Jewish Voice for Peace and M Powerchange.org. The former purports to be a pro-Israel Jewish organization, but is both anti-Zionist and anti-Semitic. The latter was co-founded by Linda Sarsour, an activist with a long history of anti-Semitism.

Given the cachet of leftist causes in Silicon Valley, and the knee-jerk leftist hostility to Israel, it’s puzzling why any signatories would have needed to hide their identities. Perhaps, even in Silicon Valley, employers frown at staff publicly opposing their business decisions? Or maybe the signers worried about offending their colleagues at Google’s Israel branch?

Bluntly – do the 390 “anonymous” employees actually exist? If they exist, did they do any more than sign a letter prepared by JVP and M Powerchange.org, so the latter could springboard a new project on a website they had already created, and for which they had already solicited support from anti-Israel usual suspects? Is this really a grassroots movement in Silicon Valley? Or is it just an astroturfing project by JVP and M Powerchange.org, with the help of a couple of front people from Silicon Valley?

I figured out what “astroturfed” meant by the context of the article, but it took some work to understand what was meant by the headline.

This of course differs from the other kinds of partially-manufactured public relations / social media “movements” that were FieldTurf’d, NexxGenTurf’d or SmartPlay Turf’d.

This is how the woke left attacks Israel via anti Semitic organizations and anonymous signatories on petitions.

If it looks like a spontaneous movement in support of a leftist cause, it’s astroturf. Always has been, always will be.

Virtually all Leftist movements are AstroTurf. Black Lives Matter, Antifa, etc.. are all organized from the top by big Dem donors. That is why the FBI never pays much attention to them – officialdom knows such movements will never get off the reservation because they are organized by the Big Boyz of the Democratic Party. But most movements of the Right are bottom up. They are truly capable of anything. That is why the FBI fears and infiltrates them, and often sets them up like they did with the Whitmer kidnapping and the Jan 6 events.

Remember the “Coffee Party”? That was the result of the left’s conviction that there’s no such thing as genuine grassroots, and therefore that all so-called grassroots movements must be astroturf because there is nothing else, so it can be countered with better astroturf.

Thanks I did not know any of this. The Mew Cat makes salient points.

The infiltration by Palestinians/Muslims of our government and institutions is complete. Enabled by us.