“Tuesday’s episode of Gutfeld!, which aired 11pm EST, drew in about 2.12 million viewers, with about 434,000 people belonging to the key age demographic.” 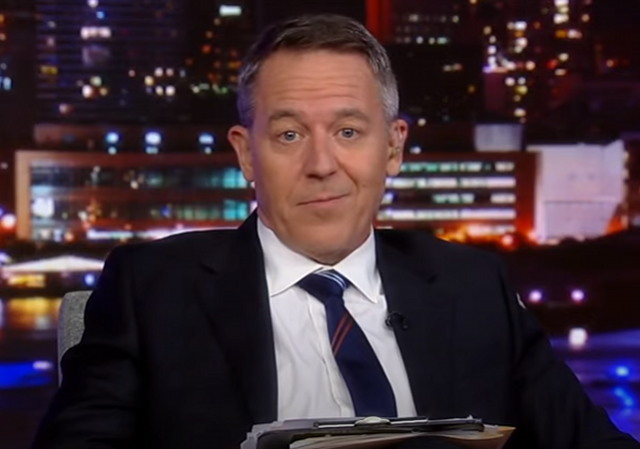 Greg Gutfeld’s new show ‘Gutfeld!’ began airing nightly at 11 PM, Monday through Friday, back in April. Within a matter of weeks, the show was on the heels of other late night hosts like Jimmy Kimmel and Seth Meyers.

Now Gutfeld has slayed the beast. He is beating Colbert in the ratings.

The Late Show with Stephen Colbert has been leading the late night ratings for five years. Not any more.

Fox News’ right-leaning Gutfeld! also attracted the most pairs of eyes in the sought-after 25 to 54 age demographic category.

The network’s gamble to compete with the likes of CBS’s Late Show and the Tonight Show With Jimmy Kimmel might have seemed risky, but viewership indicates the gamble is paying off.

Tuesday’s episode of Gutfeld!, which aired 11pm EST, drew in about 2.12 million viewers, with about 434,000 people belonging to the key age demographic.

Colbert’s 11.35pm audience of about 1.9 million placed a not-so-distant second, drawing in 423,000 people in the target demographic.

The reasons for this are fairly straightforward. Greg Gutfeld is a funny guy, and he has surrounded himself with a likable regular cast, in addition to revolving guests from the political, media, and entertainment worlds. But perhaps even more important, he is offering something that no other late night show has: a different view.

Late night entertainment shows used to be for the enjoyment of the entire country, but over the last decade have devolved into a nasty partisan form of entertainment where Republicans and Trump supporters are the butt of every single joke. While these shows have become almost indistinguishable from each other, Colbert is among the most vicious, highlighting guests who share his pathological hatred for Trump and those who support him.

Gutfeld is offering viewers an alternative, and he has the market cornered. Here’s an example of one of Greg’s recent show-opening monologues:

Congratulations to Greg and his crew. They deserve this success.

He has “slain” the beast.

We live in a world without rules anymore, George. Haven’t you heard? 🙂

I’m a conservative. I believe in rules.

This is the type of arrant pedantry up with which I will not put.

People shouldn’t waste their time watching any of this crap-left or right wing. This is one reason voters have mush for brains.

What do you mean by right wing crap? Do you think there is some kind of happy middle ground we can all agree on?

No, but lame comedians recycling repetitious bilge is not a worthy forum. It is all lowbrow cant for the ignorant masses.

Okay. I see your point.

Those “ignorant masses” comprise the vast majority of voters out there. Reaching them at a level that engages them, namely humor, it’s a public service as far as I’m concerned.

Gutfeld is actually intelligent and delivers it in a sarcastic way right back at the lefties, which I enjoy. Speak for yourself and the mush in your own skull.

Ok, have fun in the cheap seats.

“Greg Gutfeld does the unthinkable”

Why is that unthinkable? Seems perfectly normal to me. That Colert should have good ratings is what is unthinkable.

Also keep in mind that Colbert is over-the-air, while Gutfeld isn’t.

It is rare for me to be up at 11PM, but I have watched his shows streaming, and he is funny, skewering Dems comes naturally for him.

I think we have established one point beyond cavil: When it comes to selecting Presidents of the US, the American people are better than the Deep State, the Democrat Party, a big chunk of the Republican Party, Dominion and the mainstream media, combined.

I only hope our country survives this mess.

Only have to use the statistic of 16% of surveyed people think for themselves, this leaves AN ASTOUNDING 84% OF DUMBNUTZ FOLLOWERS AS FAR AS INDEPENDENT THINKING GOES. The problem we now have is ‘lack of horse sense or common sense’ it’s blather to fill the silence. Try to use rational logical practical thinking; it’s actually quite stimulating to hear yourself ponder and query all kinds of issues.

Why is it unthinkable?

Have the results for Fulton County and Cook County come in yet?

king of internet for the day right here

Not only that, but if Gutfield’s show was on one of the big three networks his viewership would likely be double or triple what it is on Foxnews.

As I understand it, a normal late night comedy show needs a steady stream of Hollywood celebs as guests. Said celebs will largely boycott any show that is friendly to Trump. Hell Jimmy Fallon was lambasted simply for being neutral in an old fashioned way.

That’s the only logical explanation for why the big 3 networks are accepting lower ratings from partisan shows. They were run by liberals in the days of Carson, Letterman, and Leno, but they knew how to butter the bread.