“Where is the Justice for Nursing Home Victims & Their Grieving Families?” 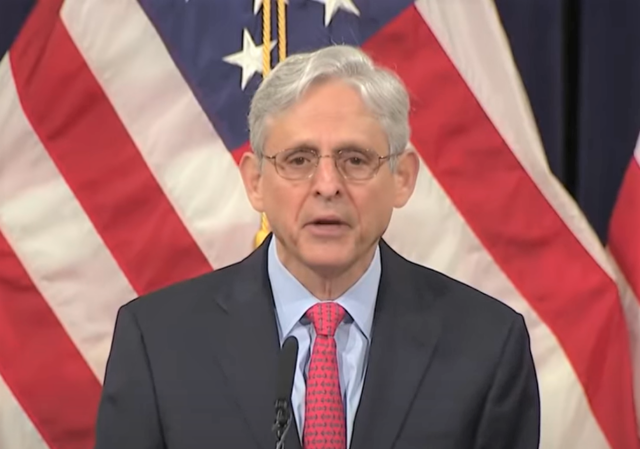 If you needed any further proof that our justice system has been completely politicized, you’re in luck. As January 6th rioters languish in solitary confinement with no trial, the Department of Justice has announced that it will not investigate COVID deaths in nursing homes in some states.

Gretchen Whitmer in Michigan is getting a pass.

The Justice Department declined to open a civil rights investigation into Michigan Gov. Gretchen Whitmer’s policies for nursing homes during the coronavirus pandemic.

Michigan was one of four states the Trump-era Justice Department sought data from on suspicion that policies for care homes imposed early during the health crisis may have been responsible for the deaths of thousands of seniors in violation of the Civil Rights of Institutionalized Persons Act.

“We have reviewed the information you provided along with additional information available to the Department. Based on that review, we have decided not to open a CRIPA investigation of any public nursing facility within Michigan at this time,” Steven Rosenbaum, chief of the department’s Special Litigation Section, wrote in a letter to Whitmer’s office on Thursday.

Sarah Polus writes at The Hill:

The Department of Justice (DOJ) on Thursday said it will not open an investigation into Pennsylvania’s handling of COVID-19 patients at nursing homes, The Associated Press reports.

The DOJ told Gov. Tom Wolf’s (D) office in a letter that it would not look further into whether the state’s pandemic mandate, which stipulated that nursing homes had to admit residents who had been treated for COVID-19 at a hospital, was a violation of federal law.

In the letter, Steven H. Rosenbaum, chief of the department’s special litigation section, said the department had made the decision to not press further after reviewing additional information regarding the mandate.

DOJ says no probe into nursing homes in NY

The Justice Department has decided not to open a civil rights investigation into government-run nursing homes in New York over their COVID-19 response, according to a letter sent Friday to several Republican members of Congress.

The request came amid still-unanswered questions about whether some states, especially New York, inadvertently worsened the pandemic death toll by requiring nursing homes to accept residents previously hospitalized for COVID-19.

Where is the Justice for Nursing Home Victims & Their Grieving Families?

“It is outrageous that the Department of Justice refuses to investigate the deadly ‘must admit’ orders issued by governors in New York, Pennsylvania, and Michigan that resulted in the deaths of thousands of senior citizens. Where is the justice for nursing home victims and their grieving families? These deadly orders contradicted the CDC’s guidance, and needlessly endangered the most vulnerable among us to the deadly COVID-19 virus. Even worse, Governor Cuomo in New York intentionally tried to cover up the true death toll resulting from his mandate. Grieving families deserve answers and accountability. It’s unconscionable that Biden’s Department of Justice refuses to investigate the deadly actions that went against CDC’s medical guidance taken in these states.”

Merrick Garland is nothing more than a hatchet man for the Democratic party, passing out indulgences or jail sentences based on party affiliation.

As George Carlin once famously said, “It’s a big club, and you ain’t in it.”

Commiecrat governors, cuomo, whitmer, murphy, wolf and newsom, are proud members of an exclusive club.
The founders of that club include stalin, hitler and mao.
I heard that lord fauci is being nominated as a member.

A Pox on their houses…

A fox in the hen house?

No! That’s not a good comparison because Merrick Garland is worse than anything on earth. The only good comparison would be something from a science fiction movie such as Alien.

It’s just a bad guess, not criminal. Nursing homes are presumed able to take care of old people and be somewhat medical about it, and it leaves room in hospitals for others without that facility.

An even better guess, criminal. Negligent. Depraved indifference. Manslaughter. Cuomo and the rest forced covid patients back into elder care facilities that were unprepared and unable to deal with the patients. In fact, Cuomo’s death order explicitly informed elder care facilities they could not refuse admittance to any patients nor could they administer a covid test and base admittance upon the results of that test. They had to take them regardless.

And no, most elder care facilities may have the ability to deal with the diseases of old age and infirmity but they certainly don’t have the capabilities or training to deal with highly infectious and easily transmitted diseases like The Covid®. So when Cuomo and the rest forced covid patients into the elder care facilities it was like putting a gun to the existing resident’s heads and saying, “Feeling lucky?” and then pulling the trigger. The lucky ones managed to survive somehow. The unlucky ones, well hopefully they had a nice funeral.

wasn’t just old covid patients being sent to nursing homes. lot of younger people warehoused there infecting the old.
remember the story of the young guy beating up and robbing elders in the nursing home he was stored in?

I’ll go you one better. There’s a camp in Pinckney, Michigan for transplant kids and others suffering from serious health problems. Of course camp was cancelled during the wuflu.
So guess where wHitler wanted to stash other old folks WITH the wuflu?
Yep, a kids camp. Imagine having a heart, lung, kidney or some other transplant as a child, you have to take medications to fight the rejections or you have to take multiple pills throughout the day for a serious health problem.
It’s part of Paul Newman’s charity and the land is leased from university of michigan in ann arbor. And wHitler thought it’d make a great place for wuflu infected seniors. What a bwitch. The kids that go look forward all year to being with others who have the same scars or illness. They make lifelong friends who understand exactly what they’re going through when others mutter cliches.
Now it’ll be two years and the kids who aged out of the camp missed a major part of their childhood. Fuck wHitler.
https://www.northstarreach.org/

Nursing homes are to hospitals what cheerleading camps are to Fort Benning.

The nursing homes specifically told Cuomo that they were not able to isolate the patients being sent back from hospitals. Cuomo told them he didn’t care.

Liberal connections, don’t leave home out with them.

Loading down nursing homes with Covid patients was a bridge too far, even for my left wing governor. Probably because her own mother is a resident.

The Marxists watching out for their comrades.
One death is a tragedy, 500,000 is a statistic.

So the Administration and the DoJ is uninterested in investigation of instances where transmission of Rona actually occurred to discover potential violations of law.

Seems to remove the basis for the Administration to worry about any other instances of transmission as well. Certainly that should be true for mere potential transmission.

So when will the Administration be halting mask and vaccine guidelines? Either transmission is important and a matter of public policy or it isn’t.

This situational public policy isn’t sustainable; no religious services or dining or political rally due to danger except for blm?

The Regime also doesn’t care about sources of transmission illegally coming across our southern border.

Add those deaths to the socialist death toll since 1918.

If you needed any further proof that our justice system has been completely politicized, you’re in luck.

This is also further proof the corporate ‘news’ media has been completely politicized. If we had a functioning ‘press’ they couldn’t get away with this.

Instead, the DOJ, FBI, and ‘press’ are obsessed with the fake ‘Insurrection’ during which the only person to die of non-natural causes was an unarmed protester shot by an anonymous capital police officer.

This is Comrade Biden’s Amerika.

Why do you have a picture of Garland up there?

Put a picture of Barr and his fat RINO ass up there. THAT’S who had the ability to actually do something about it, and yet again, did ABSOLUTELY FUCKING NOTHING.

Perhaps there is a picture of Attorney General of the United States Merrick Garland at the top of this article because he is the damn son of a bitch that has made the decision not to investigate/prosecute anyone for the unnecessary elder care facility deaths. That’s why his picture is up there.

At this point thinking that ANY Democrat appointee is going to do anything other than cover Democrat asses is delusional. They don’t care what we think about them.

And that is why the Democrats are winning and the RINOs are worse than useless against them.

No, Attorney General Merrick Garland is allowing blue states to “skate” for the excessive and unnecessary elder care deaths. After all, that’s why he was quickly installed by the Biden regime. To protect democrats from any criminal responsibility for their actions.

We see what Merrick Garland is doing (or not doing) as the US Attorney General, I can only imagine the harm he would have caused the American public had he been confirmed as a Supreme Court justice. He seems to be every bit as partisan as Eric Holder in his uneven application of the law. It makes one wonder how those who legitimately voted for Biden can sleep at night! Sure I know people didn’t like Trump’s bluster but I’ll take someone with a lot of bluster over someone willing to sell the country out to Communism any day of the week!

… and as with the challenges to a fraudulent election which were dismissed on technicalities, this will be taken as proof that the crimes never happened.

Planned Parent/hood under Democrat/dictatorial direction. Excess deaths in a population known to be at high risk to Sars-CoV-2 infection and Covid-19 disease progression. This is the HIV/AIDS and trans/homosexual male social progress fiasco all over again. Meanwhile, Pelosi et al are braying the merits of their Pro-Choice religion, specifically reproductive rites, to deny a woman and man’s dignity and agency, and lives deemed to be “burdens”, profitable, or pollutants.

Under the current regime, Democrats and their Comrades on the Left are above all law unless they personally offend someone more powerful on the Left.

In 2016, the liberal press portrayed Merrill Garland as a moderate. Now we find out that he’s a partisan extremist. He’s making Mitch McConnell look good.

TY Mike, while this was a great write up.. I am just filing it under “water is wet”.

The question was, what kind of Jew names their son “Merrick”? The answer is, the same kind that names their children Irving, Marvin, Sheldon, Milton, Morris, etc., in an attempt to let them pass for Goyish, with the result that those names became so associated with Jews that no self-respecting Goy would dream of inflicting them on his children.

They should hold public hearings!