Opposition To Critical Race Theory in Georgia as Gov. Kemp Urges School to Skip It

Opposition To Critical Race Theory in Georgia as Gov. Kemp Urges School to Skip It

Gov. Brian Kemp: “Parents, educators and local communities here in the Peach State know how best to educate their students – not the federal government.” 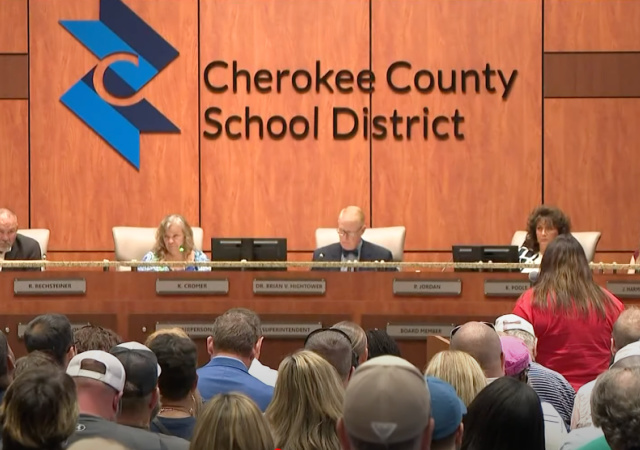 Georgia Gov. Brian Kemp urged the Georgia State Board of Education in a letter not to include critical race theory (CRT) in the curriculum.

Georgians have started to oppose the program, which teaches white kids they are inherently racist due to their skin color.

“I have heard from parents, students, administrators and educators across our state who are extremely concerned about teaching of Critical Race Theory in Georgia. Like me, they are alarmed this divisive and anti-American curriculum is gaining favor in Washington, D.C. and in some states across the country,” Kemp wrote.

The letter goes on to blast the Biden administration’s attempt to use taxpayer money to “push a blatantly partisan agenda in Georgia classrooms.”

“Parents, educators and local communities here in the Peach State know how best to educate their students – not the federal government,” Kemp wrote.

The letter goes on to urge educators to not include Critical Race Theory as part of their classes.

“I urge you to take immediate steps to ensure that Critical Race Theory and its dangerous ideology do not take root in our state standards or curriculum,” the governor wrote.

The school board in Cherokee County voted 4-1, with two abstentions, to ban CRT in the schools. The ban includes the 1619 Project:

In a meeting that drew hundreds, with hundreds left outside after the school board meeting room reached capacity, Superintendent Brian Hightower addressed a local debate of an issue that has flared up across the country. The school board voted 4-1, with two abstentions, to approve a resolution to prohibit implementation of critical race theory and the 1619 Project, a New York Times project that put slavery and Black contributions to democracy at the center of American history, from being taught in Cherokee schools.

“Our intentions have been wildly mischaracterized,” Hightower told the crowd, saying there was never an intent to use the academic theory in classrooms. He added that the district would not be implementing a “diversity, equity and inclusion” program as planned. But he said the district was committed to a social-emotional learning programming to address mental health and rising youth suicide rates.

But some parents want officials to go further.

State Rep. Brad Thomas told the audience he started drafting legislation to ban CRT from all schools. Thomas is looking at states Oklahoma and Idaho, which already passed legislation against CRT.

The board also chose not to include a diversity equity and inclusion initiative.

Cobby County Superintendent Chris Ragsdale told parents he “will commit to keeping any theory or curriculum, which is not part of Georgia’s standards, out of every” school in the county.

Excellent action by the parents. Show up! Be heard!

Despite showing up in mass, the school board STILL plans on using the CRT but only in different wording

That’s not what I picked up from the story.

Where did that appear?

Why not order them to skip it? Perhaps important issues like this should be front and center?