Law seeks to insure “dignity and nondiscrimination in public education” 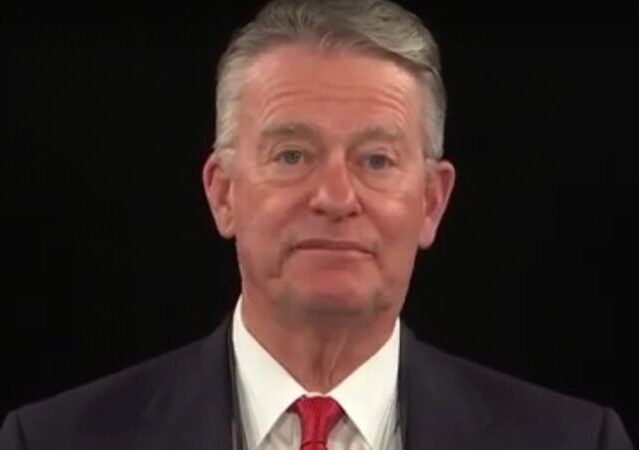 Idaho becomes the first state in the nation to enact prohibitions against CRT in public education. While many cheered the bill, critics say more must be done.

HB 377 aims to insure “dignity and nondiscrimination in public education,” and bans the teaching of any theories that “exacerbate and inflame divisions on the basis of sex, race, ethnicity, religion, color, national origin, or other criteria in ways contrary to the unity of the nation and the well-being of the state of Idaho and its citizens.”

There are two sections of the bill. The first section reads:

DIGNITY AND NONDISCRIMINATION IN PUBLIC EDUCATION. (1) It is the intent of the legislature that administrators, faculty members, other employees, and students at public schools, including public charter schools and institutions of higher education, respect the dignity of others, acknowledge the right of others to express differing opinions, and foster and defend intellectual honesty, freedom of inquiry and instruction, and freedom of speech and association.

(2) The Idaho legislature finds that tenets outlined in subsection (3)(a) of this section, often found in “critical race theory,” undermine the objectives outlined in subsection (1) of this section and exacerbate and inflame divisions on the basis of sex, race, ethnicity, religion, color, national origin, or other criteria in ways contrary to the unity of the nation and the well-being of the state of Idaho and its citizens.

Section 1 goes on to prohibit public educators from compelling any student to affirm that certain classes are superior or inferior, or that any individual belonging to a particular class is inherently responsible for the actions committed in the past by other members of that class.

The main point of Section 2 states:

Gov. Brad Little, a Republican, approved the proposal this week. With the new provisions, “no public institution,” including colleges and K-12 schools, “shall direct or otherwise compel students to personally affirm, adopt, or adhere” to the idea that “individuals should be adversely treated on the basis of their sex, race, religion, color, or national origin.”

Lawmakers were right to be concerned that some educators were distorting the idea of equality under the law. The Idaho Freedom Foundation, a research institute based in the state, obtained a flyer posted by Meridian Middle School officials that says it is not enough for teachers to “treat ALL students the same” (emphasis in the original). Instead, school officials say educators must recognize students’ multiple identities based on race, sex, religion, and other immutable traits.

Colorblindness, according to the school officials, is a “myth,” a rejection of this once-cherished idea from the civil rights movement. The flyer, available on the Idaho Freedom Foundation’s website, says colorblindness “perpetuates the idea that ‘white’ is the norm and everything else is not.”

The Idaho Freedom Foundation (IFF), a free market think tank, cheered the bill but says more must be done. IFF President Wayne Hoffman took the opportunity to blast public education officials in the state for misrepresenting the bill, writing,

The legislation is certainly helpful. It says that students can no longer be compelled to “personally affirm, adopt, or adhere” to a doctrine of hate that is embodied in critical race theory. Despite media reports to the contrary, the new law does not ban teaching CRT, nor does it ban teachers from being trained in how to treat some students as victims of systemic racism.

Hoffman reports the Idaho Education Association, an affiliate of the National Education Association, dedicated its members to teaching its teachers to become active racial and social justice advocates, and that Idaho’s schools are “hotbeds of institutional racism.” The largest teacher’s union in the state, Hoffman writes, continues to hold workshops on how to infuse critical race theory and culturally responsive training into classrooms.

State lawmakers in Texas, Louisiana, New Hampshire, and Oklahoma, to name a few, are considering proposals similar to what Little approved in Idaho, and for good reason. For example, in Louisiana, the Orleans Parish school board adopted a resolution that says “our country’s racist history” is “still pervasive in today’s systems” and calls this nation “an unjust systemic racist America.”

In March, Gov. Ron DeSantis announced his state of Florida would exclude CRT from public curricula, and would create a “foundational concepts” curriculum in civics.

The Legal Insurrection Foundation (LIF) has assembled resources for tracking CRT in colleges and public schools across the nation. The interactive map at CriticalRace.org lists colleges by state and reports how much CRT training each college requires for staff, faculty, and students. The K-12 page has a selection of resources to learn more about how CRT has infiltrated primary education.

Linking the new law with Chairman Biden’s recent remarks, “I Have to Admit, If I Didn’t Have These Positions on Free Education I would be sleeping in a different bedroom,” Dr. Jill Biden cannot possibly approve of this new piece of legislative handiwork by the Idaho legislature.

Brad Little really did it bad to Team Biden now! How long before the Department of Education dispatches the Administration’s All Communist First Team strike force?

BLM and Antifa should be arriving in Bosie to protest and burn the city down by the end of the day tomorrow.

Pretty sure they won’t. Unlike Seattle, Portland, and Minneapolis, Boise will give them a very warm welcome. And their welcome wagon has floor staples.

You should been in Coeur d’Alene last year when Antifa types decided they were going to shut us down. They were met by a LOT of friendly but well armed Idahoans. It was a thing of beauty. The troublemakers decided to leave. There was a very small demonstration of Spokanites but they were peaceful. The buses filled with black clad hoodlums never made it past Winco!

This issue will create a greater cultural wedge between Blue States and Red States.

The Blue States are fully on board with the Racist policies and indoctination agenda. It’s literally a cult. They have all been programmed to think the red state people are racists who will not admit their racist. They are told to no listen to racists who try to explain that CRT is wrong. Because only racists would not want to fight racism and shame the Whites for slavery that happended 150 years ago. etc, etc, etc…

Red States look at the Blue ones as just plain nuts. And their right. But the problem is you get two large groups of people who grow further apart and the chance for reconciliation declines every day, week and month.

The Race-baiters know what they are doing. But they will never come clean with the people. Even if they did – the brainwashed will never admit they were Fooled. They will attach the messenger. Because they are in the perfect bubble. they hear the dogma echoed by all the supposed smart professors at colleges and from their friends and the message is packaged in such an appealing way – “It’s good to be an anti-racist” (ie Neo-racist who justifies actual racism due to perceived racism or historical racism).

My kid came back from a top college and the school is fully brainwashed. She is not fully brainwashed because I present her with a new perspective that she never heard in 9 months at school. But she tells me she can never EVER bring up any question of the woke agenda or she will be shunned. She knows some kids who have been. The thought police are out in force.

This is on track to produce a serious conflict.

One last point – Parents are now fighting at elementary schools and middle schools. Why would anyone want to teach elementary school kids that one race are oppressors and the other victims ? You’d think that is every parent would see that as a dumb idea. But there are woke parents that push it. And in NYC they expect it.

This issue will create a greater cultural wedge between Blue States and Red States.

That’s not a problem, it’s the desired result. This is straight-up Yuri Bezmenov-style subversion. The goal is to create unresolvable dissension and internal conflict so that when the Soviets roll in the tanks there’s no effective resistance.

Active Measures (subversion of your adversary) – if really successful – means the adversary invites your tanks in to restore order.

I agree with you that USA is under attack and few realize it.

If they succeed, the tanks will be invited in and the adversary will look like the good guys coming to the rescue. When that happens – all hope is lost. They win.

That is precisely the aim: To drive a wedge, make everybody hate each other as the Communist doctrine dictates.

“This is on track to produce a serious conflict.”

That is an understatement.

Good, and I hear that about 2 dozen other States are working on similar laws. Too bad the governor of SD chickened out like she did.

I am watching a CRT presentation being made to public school faculty. OMG. It’s really that bad. And the presenter considers himself tame.

Thankfully, I have never been subjected to it. I was taught “equity” as an entirely different thing than it is now.

It’s like watch lemmings preparing to go over a cliff.
> Brains turned off.
> Just repeating the dogma/ mantra.
> No dissension.

“Racism is not dead, but it is on life support-kept alive by politicians, race hustlers, and people who get a sense of superiority by denouncing others as racists” Dr. Thomas Sowell.