The news comes as Beijing threatens U.S. allies in Asia and the Pacific. 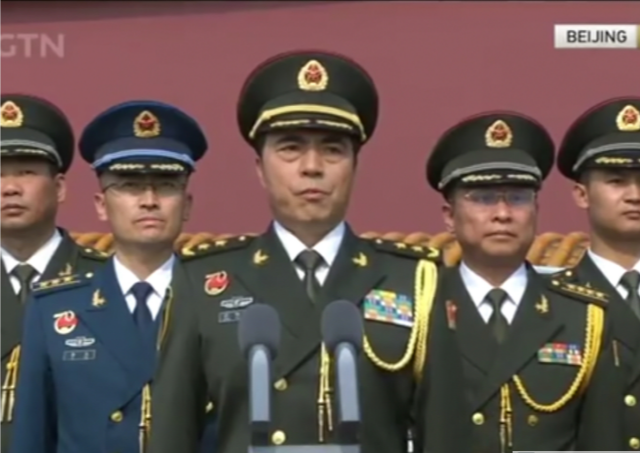 Biden’s Defense Department approached the Chinese military top brass despite the U.S.-China bilateral summit ending in a disaster two months ago. At the ill-fated Alaska summit, where the Biden foreign policy team met with its Chinese counterparts for the first time, Beijing taunted the new U.S. administration for being weak. The U.S., with President Biden at the helm, does not “speak to China from a position of strength,” Chinese Communist Party’s (CCP) foreign policy chief, Yang Jiechi boasted at the summit.

U.S. Defense Secretary Lloyd Austin has so far been unable to speak with China’s top general despite multiple attempts to set up talks, U.S. defense officials said on Friday.

Relations between China and the United States have grown increasingly tense, with the world’s two largest economies clashing over everything from Taiwan and China’s human rights record to its military activity in the South China Sea.

Despite the tensions and heated rhetoric, U.S. military officials have long sought to have open lines of communication with their Chinese counterparts to be able to mitigate potential flare-ups or deal with any accidents.

“The military relationship is strained, no question about that. It’s hard to know how much this is reflective of that strain as much as it is just Chinese intransigence,” a U.S. defense official said.

“But we certainly want to have a dialogue. We just want to make sure we have a dialogue at the proper level,” the official, speaking on the condition of anonymity, added.

China’s embassy in Washington could not immediately be reached for comment.

The news comes as Communist China threatens and intimidates U.S. allies in Asia and the Pacific.

This week, China threatened Australia for taking part in a military exercise with the U.S., France, and Japan. “Australia must not think it can hide from China if it provokes,” a CCP commentator told the Beijing’s mouthpiece Global Times. China is currently waging a trade war against Australia — a steadfast U.S. ally, imposing punitive tariffs on Australian imports and threatening to boycott Australia-made goods.

Under President Biden’s watch, China has repeatedly staged large-scale incursions into Taiwan’s airspace. Chinese nuclear-capable bombers and fighter jets have violated Taiwan’s airspace, as Beijing repeats its threats to invade the tiny Island nation. “Top U.S. military officials are warning with increasing urgency that China could in the next few years invade Taiwan,” the Politico reported in March.

As India battles the resurgence of the Wuhan coronavirus, China has told the pandemic-stricken country to reverse its “pro-U.S. diplomacy. Last May, the Chinese military overran Indian border posts, killing dozens of soldiers and occupying a strategic valley in India’s northern Kashmir region.

With President Biden in the White House, China has unveiled its plans for global domination. In March, China’s rubber-stamp Communist parliament laid out a road map to overtake U.S. as the world’s largest economy in 15 years. Beijing’s grand plan includes sweeping modernization of its military and navy by 2027.

The Chinese are just making sure “the administration” knows who’s boss. They’ll call in their orders in their own time.

for one, they own “president” Pudding Brain, and let’s not forget that, as a nation, China is one of the most racist on earth. and i mean *real* racism, not the imaginary BS that the Left gins up about the US.

Correct. Remember Obama campaigning on behave of Biden. He made promises to the Chinese. They are in command now. Why talk to anybody in this government?

The Chinese likely have a lot of dirt on the Biden’s if the rumor about Hunter’s laptop are true.
And has anyone else read that in a Ukraine trial it was stated that Biden received a $900K bribe?
https://i2.wp.com/politicallyincorrecthumor.com/wp-content/uploads/2021/05/tweet-mike-coudrey-burisma-admits-bribing-joe-biden-media-crickets.jpg?resize=520%2C354&ssl=1

you know it’s true, because the MFM either ignores it, or poo-poohs it.

that’s what you call a “tell”

I’ve read people making such a claim, but none of them ever present any evidence, or give any reason why anyone should take it seriously. They just state it and expect people to believe it just because. In exactly the same way I can allege that you admitted in court to having killed Epstein; I make no mention of which court, or when, let alone present any evidence, but it could be true.

Lol, the entire world knows that Biden* is an illegitimate retard and that he has surrounded himself with incompetent morons.

They show discernment. I wouldn’t talk with that soiboi either.

There’s no “political correctness” in China. No affirmative action in China. They don’t have to talk to anyone they don’t want to.

Our Sec of State and Sec of Defense are far out of their league.

. . . as much as it is just Chinese intransigence,” a U.S. defense official said.

Biden really needs Trump to step in 🙂 Too bad Biden and his handlers burned all the bridges.

One may suspect that Biden will surrender in a New York minute….he lead the democratic charge to not replace the materials that would have probably preserved the freedom of the South Vietnamese. A war escalated by the democrats, peace negotiated by the Republicans only to be betrayed by Biden.

He (*) can also surrender LA, San Fran, Portland, Seattle, Austin, Detroit, Chicago, Baltimore, and a few more while he is at it.

This is what happens when you project weakness.

Pathetic SJW cucks like Austin are a JOKE to other countries. They have zero respect or interest in anything he has to say, except when he further compromises US interests.

They know he’s too much of a pathetic coward and yes-man to ever do anything to them.

Or it may just be a racist thing. The Chinese don’t generally have any hangups about racism. Especially Chinese who don’t live in Western countries, so they’re not surrounded by a culture that says racism is wrong.

Think maybe the ChiCom military leadership has no respect for Austin because they think he was appointed only because of the color of his skin?

Though I do think the CCP expects to confront the US in the mid-range period, they likely would reply with:

Si vis pacem, para bellum is a Latin adage translated as “If you want peace, prepare for war”.

Why should they talk to Austin, when they have Biden in their pocket? Besides, Austin is already mandating Marxist indoctrination in the military, and the Chinese didn’t even have to meet with him to get him to do it.

Does China have a single ally on the entire planet? North Korea, maybe? It’s as if they’re trying to provoke everyone, all at once.

North Korea. Iran. Cuba. Several African countries. And last but not least, the Democrat Party of the U.S.

If I were China I would: 1.) Blockade Taiwan and give them 48 hours to collapse their government and turn it over to China. 2.) Declare the South China Sea off limits to all navigation except that which China allows. 3.) Immediately sink the first American Navy ship that enters the South China Sea. 4.) Nationalize all U.S. businesses located in China (Nike, Apple, Google, et al.) 5.) Sit back and watch as biden flounders.

If the Chinese intentionally sink a U.S. Navy warship, no matter where it is, it’s war, period. They know it. They also know that they have damn few real friends. It’s bluster.