Republican Mark Moores has hammered his opponent in debates and ads for her support of social justice legislation that could harm public safety. 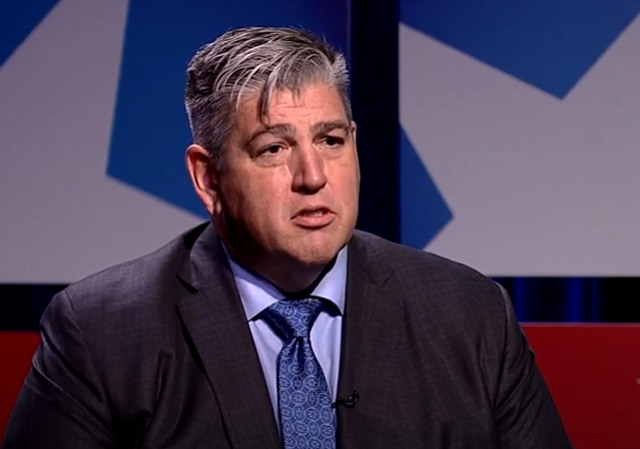 New Mexico’s 1st Congressional District has a special election on June 1st. Deb Haaland vacated the seat when she joined the Biden administration.

Republican Mark Moores is hitting his Democrat opponent Melanie Stansbury over the idea of defunding the police.

Both parties are watching this race closely for a few reasons.

The June 1 race, for the seat vacated by Interior Secretary Deb Haaland, is also an early test on the popularity of President Joe Biden.

And it comes at a time when every House seat matters — for both sides. Democrats hold the narrowest House majority since the 1930s, with 219 seats to 211 for Republicans, with five vacancies.

Republican Mark Moores, a state senator since 2013 and an owner of a medical testing business, faces Democrat Melanie Stansbury, an Obama administration alumnus and state representative since 2019.

Moores has focused his campaign in televised debates and in ads on Stansbury expressing support for the BREATHE Act, a Black Lives Matter-crafted “reimagining of public safety” federal legislation. The proposal would ban police from using Tasers, close federal prisons, and have 911 operators dispatch unarmed mental health professionals instead of police officers.

This ad from the Moores campaign is pretty brutal:

Ally Matunick of Politico notes that this is blue territory but says that even if the election is close, there are warning signs for Democrats:

This Albuquerque-based seat, vacated by Deb Haaland after she was confirmed as interior secretary, is deep-blue territory; Biden won it by 23 points in 2020. Democrats are confident they will hold the seat, as internal polling that shows Stansbury, a state representative, with a comfortable lead. Neither campaign committee nor any major outside group is spending money in the race — a sign that there’s little upset potential here.

But the margin still could be telling. And if this race is any indication, Democrats are still grappling with how to address the GOP’s attempt to paint them as radical on issues of policing.

“It is a convenient political narrative that he is repeating over and over again in order to reframe the conversation,” Stansbury said of Moores’ message in an interview following a campaign rally this past weekend. “And the conversation that New Mexicans are having is about our economy, pandemic relief, education, and community well-being.”

The simple fact is that Democrats deserve to pay a political price for embracing the radical left, the riots, the fires, the destruction of small businesses, the demonization of law enforcement, and rising crime. All of it.

In 2022 2024, Republicans should go for the throat, even in the bluest districts, just as Moores is doing in New Mexico. They must confront Democrats on their ground and demand that they answer for the destruction.

Exactly. A challenger in every district. Even in deep blue areas. At a minimum the message of the challenger can be built upon by successive challengers in later years.

At worst… you will certainly not gain seats if you don’t compete and run a candidate.

As our GOPe discovered way too late in Virginia.

Have they discovered that? The GOPe opposing Democrats is pretty out there.

Yes indeed. I hope the Virginia GOP is doing that this year after losing control of the House of Delegates in 2019 by failing to file for 36 seats. So much for the party of Jim Gilmore, John Dalton, and Dick Obenshain.

This is a great opportunity for Republicans to invest their donations in taking control of the House from the progressive fascists.

I might have changed the final phrase “before it’s too late” to “because the law won’t let you recall her afterwards.”

Force the Democrats to spend money defending their anti-citizen, anti-police policies–make them play defense on every election in the country

Let’s stop playing the left’s game: this isn’t about ‘defunding’ the police, but REPLACING the place with leftist thugs.

Leftists were squealing with delight at the idea of defunding the police. Until of course the found out that the people that they thought were ‘victims’ were in fact extremely violent career criminals, and have been for decades. So when the ‘preferred’ minority groups took advantage of their new found victim status and started going on their predictable crime sprees, suddenly the snowflake left wing mob thought better of it…..”police officers, help us please!!”

I have seen some other articles about this, and will watch closely. NM is generally a D plantation, but not always.

It’s a d +9 district by voter registration. That’s at the far end of potential for winning. Not likely but given the current situation nationally and using the defund argument as a proxy for other d/progressive policies is a good strategy.

Albuquerque, which is the district for practical purposes, has a bigger crime problem than most people are familiar with. In addition the d have managed to isolate the local and State d with their anti oil/gas policies. NM is heavily dependent upon oil and gas revenue.

All in all this could be a winnable race due to unique circumstances and timing.

It wasn’t always a deep blue district. For many years it was represented by Republicans Steve Schiff, Heather Wilson, and Manuel Lujan. In fact, Lujan left for the same appointment Deb Haaland did–Secretary of the Interior. If the Republicans are enthusiastic about this one, I think they have a real shot at it.