After Rep. Mark Pocan noted that he condemned Israel but no one criticized him, people responded that they never heard of him. 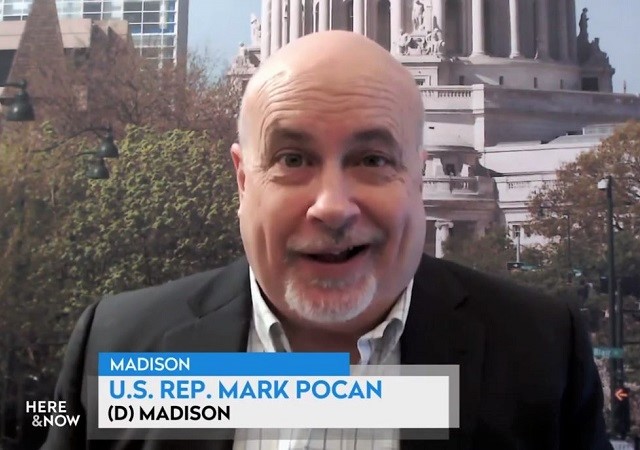 It’s never a good idea for an elected official to reveal themselves as a Useful Idiot, especially when it comes to their country and/or its allies defending themselves from terrorist attacks.

That’s exactly what happened earlier this week when a Wisconsin Democratic congressman defended Rep. Ilhan Omar by insinuating that criticism of her anti-Semitic stance on Israel defending itself against Hamas attacks was based on racism.

Rep. Mark Pocan has spent the last several days doing what appears to be auditioning for an honorary spot on the Squad by either tweeting or retweeting one attack after another on Israel for having the nerve to respond accordingly to rockets launched against them by Hamas.

On Tuesday, Pocan alleged there was something else behind the right’s criticisms of Omar beyond their disgust over her predictable displays of anti-Semitism masquerading as “concerns” over supposed “human rights abuses” against the Palestinians. In Pocan’s view, the right’s bigger issue with Omar is that she’s Somali-American:

I'm seeing a lot of right-wing extremists criticize my wonderful colleague, @IlhanMN, because she rightly condemned the murder of Palestinian children & Israel's violence against Palestinians in Sheikh Jarrar & at Al-Aqsa.

I did the same, wonder why they're not criticizing me?

Omar, of course, amplified his tweet and also retweeted a biased Nation piece that referenced his insinuation that racism was the primary motivation for the right’s disagreements with her:

“Rather than focusing on the simple message that the US needs to work for peace in the region… they are attacking the messenger who is a Muslim woman of color.”
— @MarkPocan⁩ on right-wing attacks on ⁦@IlhanMN⁩’s advocacy for Palestinian rights
https://t.co/zPfTWNyRmJ

Pocan’s suggestion backfired spectacularly when Omar’s critics pointed out they didn’t give him equal treatment because no one knows him:

because no one knows who you are?

Because we don’t know who you are.

I don’t know who you are, but I’ll criticize your ignorance, if that makes you happy.

What would you do if Canada suddenly started launching random rocket attacks at Wisconsin’s children?

Would you watch your people be hurt and killed, or ask our military to intervene?

Happy to. Who are you?

Siri, who is Mark Pocan? https://t.co/axQHtunIWy

Others pointed out that Pocan, as an LGBTQ Congressman effectively taking the side of Hamas in this fight, was the very definition of a self-defeating exercise:

Now that you’ve highlighted it, I’ll gladly denounce your factually deficient, morally blind terrorism apologia. And because identity was the premise of your tweet, I’ll note that the terrorists on whose behalf you’re muddying waters are virulent bigots, misogynists & homophobes. https://t.co/v5LaMcYnOH

Gay Congressmen for LBGT-murdering Hamas is poised to be the newest Democratic House Caucus. https://t.co/53UgY6iZfB

Another noted that she wasn’t right-wing but that she, too, strongly disapproved of his position on Israel defending itself:

.@repmarkpocan I’ll happily criticize you for refusing to acknowledge that Hamas is raining 1000s of rockets down on Israeli civilians while solely condemning Israel for defending itself from terrorism, and im not right wing. You were saying? https://t.co/DjNfohRJnH

I considered responding to Rep. Pocan by suggesting he delete his account in shame. That would rob us of the pleasure of seeing him get dunked to infinity and beyond for actually believing that riding to Omar’s rescue, especially over an issue like this, was a good look. It wasn’t.

Cause you can’t get no respect.
Insert Rodney Dangerfield joke here.

Comrade Pocan can show his solidarity by walking through Gaza with a rainbow flag while kissing his boyfriend.

If this moron can get elected – anybody can.

Of course, he’s a D. He want to bask in the glory of anti-semitism.

Wow a d/progressive Congressman from a University town, Madison WI, supports a terrorist organization? Wait that’s completely normal so this is more of a ‘dog bites man’ than ‘Man bites dog’ story.

If by ‘right wing extremists’ he is referring to those us who support our ally when under attack then count me in!

Though it would be nice if he would acknowledge that his use of a political spectrum in using the term ‘right wing’ logically means that a ‘left wing’ exists as it’s opposite.

Which would make him and others who support terrorism instead of our Nation’s allies …’left wing extremists’. When do we get to hear more about them?

Just checked and found I was right: his district includes Madison. That explains everything.

If a tweet goes down in a torrent and nobody pays attention to it, is the tweeter a fraudulent waste of oxygen?

A couple of those responses misspelled “care”.

Me thinks the little boy, Rep. Mark Pocan, is starved for attention.

It is unnecessary to attack such people on social media. They do such a fantastic job of demonstrating their arrogant ignorance all by themselves.

But Mark Pocan is Jewish !!!
or was born Jewish, anyway