“CNN’s factual claim that Project Veritas was banned for ‘promoting misinformation,’ instead of truthful reporting of private facts, is patently and demonstrably false…” 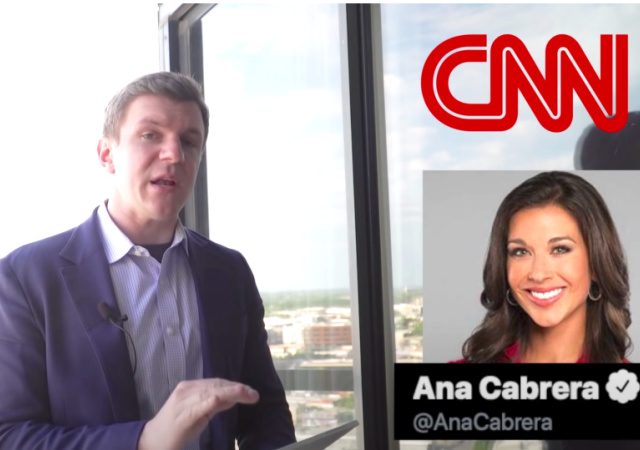 Project Veritas founder James O’Keefe announced the organization filed a lawsuit against CNN for defamation “for contradicting its own reporting and allowing false statements about Project Veritas to be aired.”

Twitter suspended Project Veritas’s account on February 11, 2021, after the organization posted a video of its reporters trying “to interview Facebook’s vice president Guy Rosen outside a residence.”

1. This action arises from Defendant CNN’s knowingly false and defamatory claim that Twitter suspended Plaintiff Project Veritas due to “spreading misinformation,” made during a broadcast by Defendant Ana Cabrera in the course of her work as a CNN employee.

2. CNN’s Ana Cabrera made the February 15, 2021, claim knowing it was false, having herself reported on her Twitter account (@AnaCabrera) on February 11, 2021, that Twitter had permanently banned Project Veritas for what it claimed were “repeated violations of Twitter’s policies prohibiting the sharing—or threats of sharing—of other people’s private information without consent.” 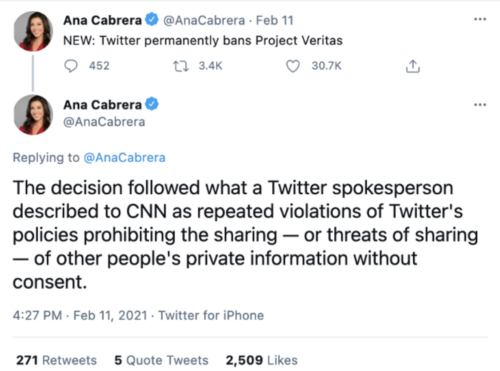 Project Veritas insists that CNN had to have known Twitter’s reasoning behind the ban since the platform announced the ban on February 11, four days before Cabrera made her claim:

8. Despite Twitter’s stated basis for banning Project Veritas having been widely reported in the news media, on February 15, 2021, CNN made a provably and knowingly false statement of fact to the effect that Twitter had banned Project Veritas on February 11, 2021, because Project Veritas violated Twitter’s rules related to “authenticity” by “promoting misinformation”—not, as Twitter itself had claimed, for the violation of Twitter’s policy regarding the truthful dissemination of “private information.”

9. CNN’s factual claim that Project Veritas was banned for “promoting misinformation,” instead of truthful reporting of private facts, is patently and demonstrably false, and CNN maliciously made its claims with knowledge they were false or with reckless disregard for their falsity.

10. CNN was aware of Twitter’s stated reason for banning Project Veritas, had itself widely reported on this stated reason, and yet, falsely and maliciously published a statement suggesting that Project Veritas was banned due to its promotion of false, rather than true, content. 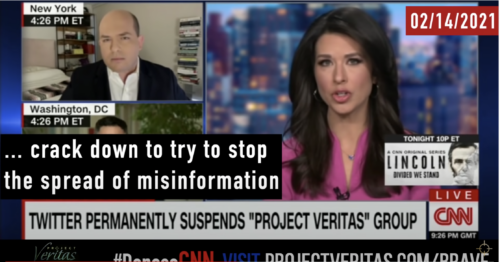 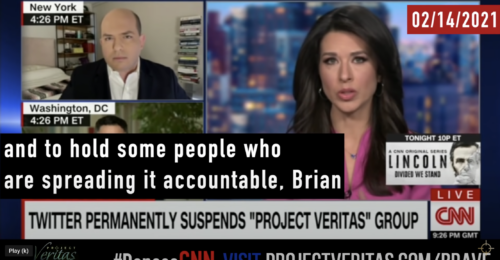 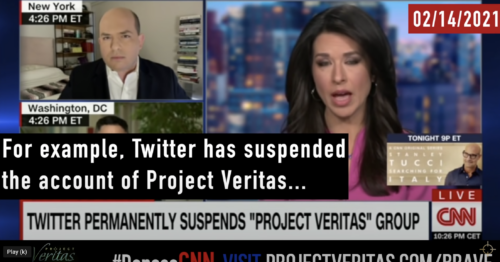 Project Veritas also claimed “CNN demonstrated its malicious intent by refusing to retract or correcting the defamatory statements of its employee” even after it provided the network with a “written notice informing it of the falsity of its statements.”

THIS IS RICH IRONY

CNN will lose the case and pay $$ damages to Project Veritas. So CNN itself will end up funding the organization that exposes CNN lies.

This claim suffers from the same flaw as Sarah Palin’s suit against the NY Times. Palin’s theory was that since the NYT had reported the the truth, as an institution it possessed that knowledge, and therefore when it later made the false statement it should be considered to have known it was false. If I recall correctly the court rejected that idea, saying that so long as the individual employee who made the false statement hadn’t seen the earlier truthful reports, and therefore didn’t know his statement was false, it’s not considered a deliberate lie.

The same applies here. CNN had reported the truth, but Veritas can’t prove that Ana Cabrera had seen those reports. CNN will claim that she was unaware of the truth and honestly thought what she was saying was true, and therefore it’s not liable. It would be up to Veritas to prove otherwise, and that would be difficult to impossible.

At a cursory glace it appears that Cabrera:

1. Made a report on Twitter dated 11 Feb citing Twitter itself as the source and references the reason for the ban as ‘sharing private info without consent’.

2. Made an on air report, 15 Feb, which said the ban was due.to ‘promoting misinformation’.

The employee of CNN who made the alleged libellous statement was the same CNN employee who had, four days earlier, made a report that the ban was due to ‘sharing private info’ and attributed that to Twitter PR announcement/statement.

Going to be a bit tougher for CNN to explain this away.

You may have a point, but as O’keefe has said, he’s yet to lose in court on these types of matters. I suspect he wouldn’t bring the suit unless some of the issues you raise have already been, or foreseeably will be addressed. Many of these same issues were bandied out there in the Covington case as well.

This will be a judgment worth doing shoulder rolls in the cash.

Trump should have awarded James Okeefe with a Medal of Freedom award while he could.

Thank goodness he did not get a degree in journalism less it might have dulled his innate sensibilities, initiative, intellectual curiosity and perspicuity.

James is everything that 60 minutes has not, could not and will never be. Veritas. Truth means nothing to pandering media snakes.

The question is, who controls the judge handling this suit?
“Quis costodiet ipsos custodies?” Juvenal

It might not even be who controls the judge. Just as valid: what mood is he in when court is in session? Does he dislike you because of your looks? Did he have a meal that dis-agreed? Is he still upset because someone in the courthouse cafeteria did not exhibit sufficient groveling to His Honor the Esteemed Judge?