“A bunch of black men have been attacking Asians. I’m like ‘What are you doing? Like, we [CNN] are trying to help BLM.’” 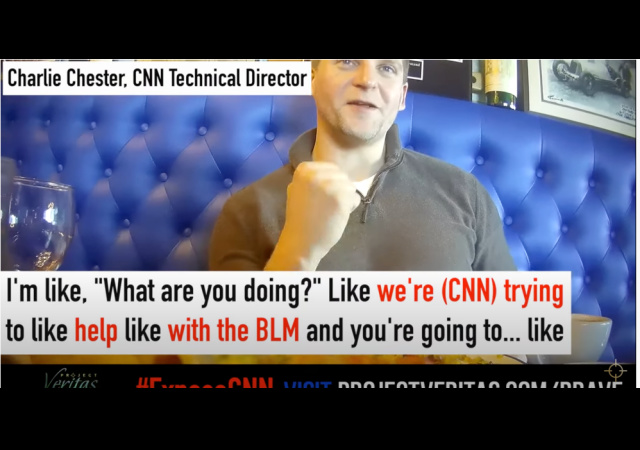 Chester already gave CNN credit for President Donald Trump’s loss in November. He then acknowledged CNN hyped the COVID death toll for ratings and described the coverage on Rep. Matt Gaetz as propaganda.

Asian hate crimes received some national coverage this year, but have you noticed a lack of coverage lately? 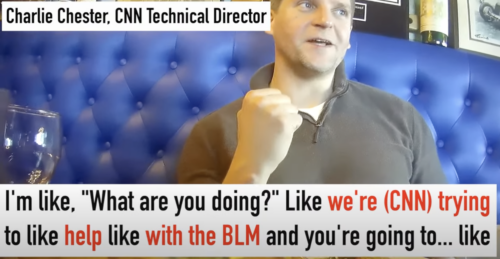 I was trying to do some research on the Asian hate, like the people [who] are getting attacked and whatnot. A bunch of black men have been attacking Asians. I’m like ‘What are you doing? Like, we [CNN] are trying to help BLM.’ I mean, it’s individuals, it’s not a people, you know? That’s not good. The optics of that are not good. These little things like that are enough to set back movements because the far-left will start to latch on and create a story of like criminalizing an entire people, you know, it’s just easier headlines that way, I guess. Yeah, I don’t know.

The undercover journalist asked if Chester meant to say far-left. Chester corrected himself because he did mean conservatives:

No. The conservatives. I’m sorry. Not the far-left. I’ve noticed that you’ll get headlines that, you know, might lump people together as opposed to focusing on the individual. I mean, that’s what Trump ended up doing with like the ‘China Virus’ and that puts so much blame on an entire group of people as opposed to, you know, a few careless individuals. 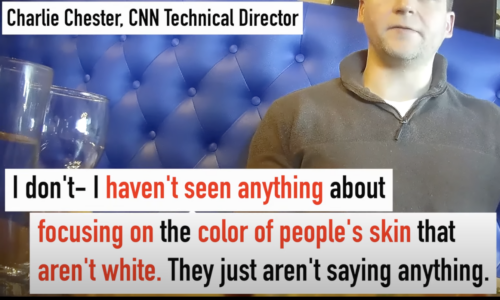 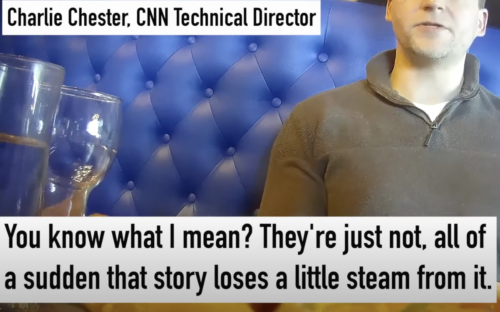 Then the journalist moved the conversation to stories on shootings, specifically based on the shooter’s race. Chester noted that people lapped up the stories about white shooters:

I haven’t seen anything about focusing on the color of people’s skin that aren’t white. They just aren’t saying anything. You know what I mean? They’re just not, all of a sudden that story loses a little steam from it. They just like leave it be. I don’t know. I think…it’s gotta be trends, what people will latch on to, you know. 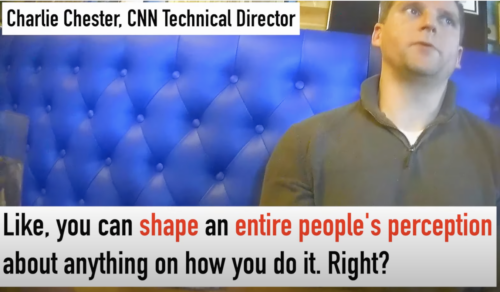 The two circle back (hehehe) to Chester’s comments about “how media is the greatest weapon” and uses propaganda:

I mean it’s (media) just like propaganda like, it (media) can really…Like you can shape an entire people’s perception about anything on how you do it. Right?

Journalist: What do you mean by propaganda?

Chester: Like, you can shape an entire people’s perception about anything on how you do it. Right?

Journalist: How do we do that?

That said, diversity of individuals, minority of one. Baby Lives Matter.

This is not a news organization. This is an political advocacy group. When will Federal Election Commission (FEC) and Federal Communications Commission (FCC) investigate ??? FCC rules require a broadcaster to give equal time to a the other candidate / party in an election. Looks like a violation that should result in fines in the millions.

What is there for the FEC or FCC to investigate? Neither of them have any authority to do so.

The FCC equal time rule applies only to broadcasters, and CNN is not a broadcaster. The FCC’s power to make such regulations depends on the inherent scarcity of the broadcast spectrum (even if that’s mostly fictional); there is no such scarcity in cable, so the FCC has no power to impose such rules there.

Second, the rule applies only to candidates themselves, not to advocacy of candidates’ causes by anyone else, including the broadcaster itself.

Unless CNN has some over-the-air licenses, the FCC has no jurisdiction over them.

Ah Milhouse….you can always count on him to be a brave firefighter for the dirtbags on the left…making and finding excuses and shoulder shrugging about EVERYTHING they do. You are exhibit A why people despise lawyers.

In this case he is actually correct, and if you gave the FEC the power to determine what is and isn’t fake news, what is and isn’t campaigning, and where to step in to stop a political narrative who do you think they would target?

He also happens to be right. One can always count on some to belittle anything Millhouse says because it is great sport. He could give them the correct result of 2 + 2, and still give him a down-tick.

Ok, so you say they are untouchable.

Guess we can wrap it up now. Lies have no consequences.

Untouchable by the FEC not untouchable by us. We need to make sure everyone sees this, help destroy CNNs credibility, other things we could do is fight CNN in the culture, write to your school board and demand CNN be removed from reliable sources teachers tell their students to trust for example.

It’s just frustrating so see the damage being done to society – and so little that can be done.

As a general matter, lies don’t have legal consequences. It’s not illegal to lie, and the supreme court says congress can’t ban lying just for being lying; there is a small and well-established list of exceptions to the first amendment, and lying per se is not one of them.

Generally true. Except that misrepresentation (lies) are actionable for false advertising and for sales of securities.

Just as paying someone out of my own pocket to vote for me is a felony, but paying them out of the public purse is perfectly legal.

Every single case of anti-Asian hatred that I am aware of, either in my personal experience or in news reports, has been by a black person. I’m not just talking about crimes; I’m talking about hatred, whether it’s expressed in speech, legal action, or illegal action. I’m sure somewhere, somewhen, someone who isn’t black has a problem with Asians, but I’m not aware of them. That’s very odd, but it seems to me that it’s so.

this is nothing new sadly, this is what CNN and most of the MSM do every single day for the last four years. I don’t think they report the news but they create the news by the way they put a slant on every story. I believe they are fiction writers, making it up as they long as it beats their agenda.I certainly don’t believe for one minute that they are reporters because they don’t report the news they create the news.

Project Veritas and its team deserve the Presidential Medal of Freedom.