Instead of moving on, the founders offered Weaver a partnership in a new media venture just before the 2020 election. 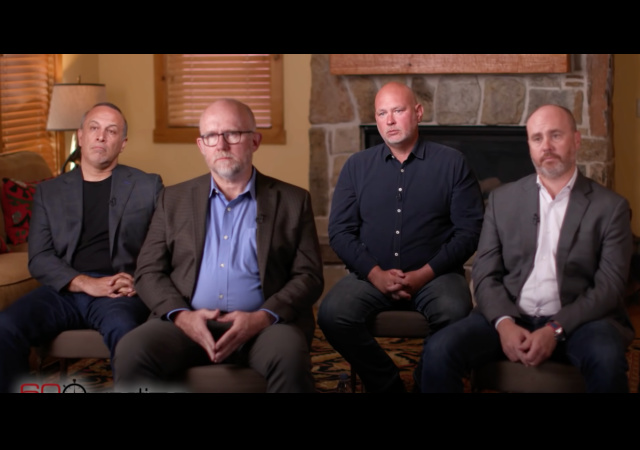 Yet another report with many storylines about the Lincoln Project has hit the Internet. The most explosive part is the founders knowing about John Weaver’s alleged predatory behavior much earlier than was previously reported.

They soldiered on with him anyway, including offering him a partnership in a new media venture just before the 2020 election.

Prior reports on senior Lincoln Project leaders’ knowledge of the allegations against Weaver put the dates between March 2020 and June 2020. The new information from the New York Times moves the timeline up six months to January 2020.

Allegations about Mr. Weaver’s conduct began appearing in published reports in The American Conservative and Forensic News this winter. In late January, The New York Times reported on allegations going back several years. The Times has spoken to more than 25 people who received harassing messages, including one person who was 14 when Mr. Weaver first contacted him.

Fresh reporting by The Times found that Mr. Weaver’s inappropriate behavior was brought to the organization’s attention multiple times last year, beginning in January 2020, according to four people with direct knowledge of the complaints, though none of the warnings involved a minor. The Lincoln Project’s spokeswoman, Ryan Wiggins, said it would not comment on issues related to Mr. Weaver while an outside legal review of Mr. Weaver’s actions was ongoing. The group has hired the law firm Paul Hastings to conduct the review.

Also contained in the Times’ report is how Weaver was approached by three of the Lincoln Project’s other co-founders, including Rick Wilson, before the election about starting a new media enterprise. They went to Weaver even though by this point an internal investigation had been launched by the Lincoln Project into Weaver’s alleged behavior:

Lincoln Project co-founder Steve Schmidt pitched a joint media venture with John Weaver as an equal partner months after allegations of Weaver’s predatory online conduct had come to the organization’s attention, according to a new report.

The New York Times reported Monday that Schmidt, Weaver and fellow co-founders Rick Wilson and Reed Galen sought to transform their anti-Trump super PAC into a massive media organization. They pitched the idea shortly before the November election.

By this point, however, Weaver’s penchant for harassing dozens of men online with inappropriate comments and offers to trade sex for employment was known to the group’s higher-ups, according to reporting by Fox News and multiple other outlets.

The paper also noted that Schmidt, Weaver, Wilson, and Galen’s grifting potential was evident right from the start. “Shortly after they created the group in late 2019, they had agreed to pay themselves millions of dollars in management fees, three people with knowledge of the deal said,” according to the Times’ report.

George Conway, who is one of the more prominent founders of the group, has done his best over the last month to distance himself since reports of Weaver allegations and how much of Lincoln Project’s millions in donations from Democratic billionaires remains unaccounted for:

.@ProjectLincoln should shut down, absent full disclosure of its finances. As this detailed story shows, there's simply too much money that hasn't been accounted for, and, I fear, never will be. https://t.co/QUbeWVB5dS

And I never received anything of value from the Lincoln Project, save for one very nice $169 Rode NT-USB condenser microphone, which Ron Steslow kindly provided to me for podcasting.

While Conway and others who had leadership roles in the formation of the Lincoln Project continue their tap-dances away from it, let’s pause for a moment to refresh memories on how and why a group that was slimy and duplicitous from the start was allowed to flourish:

The Lincoln Project was the most obvious and glaring fraud in modern history but also — due to the utter gullibility of #Resistance liberals — one of the most successful. They enriched some of the worst slime in the country and got nothing in return but videos made for liberals https://t.co/Qs2ceDweW3

Important thread about how Lincoln Project was enabled by our corrupt, partisan media https://t.co/8NS03QC5rQ

Is it just merely a coincidence that we’re learning much more from the media about the Lincoln Project’s darker side after the presidential election? I think not:

So basically the Lincoln Project was the next Michael Avenatti? An entirely media created/generated construct to facilitate the agitprop needed to perpetuate its narrative. https://t.co/XZ8svOJwPY

It is quite strange that all of these inconvenient people (Lincoln Project, Cuomo) are suddenly being discarded right after they stopped being useful https://t.co/djI7p9EYcr

That said, the guy who originally broke the story on the Weaver allegations says there is much more out there that needs to come to light:

This is great Drew.

Unfortunately there’s still more about the Lincoln Project that hasn’t been brought forward yet. Hopefully one day it all comes out https://t.co/vRSLOWqzTt

Stacy, you could be missing an adjective in the title line.

It has been entertaining watching them crash and burn.

The best part is their surprise whether feigned or real. For some supposed intellectuals, they aren’t very familiar with what happens to useful idiots once their usefulness is no longer required.

ABC should sign George Conway to a Dancing with the Stars contract, he’s got the shuffle moves down pat.

Sounds like civil – if not criminal -liability could attach to these clowns.

All you kids who have been stalked: call Lin Wood.

They should also be prosecuted and sued for fraud:

They robbed MILLIONS for themselves!

True, but when you consider what demographic funded them, you really gotta plug in the popcorn machine.

“Shocking news: New proof that sleazebags did in fact know each other were sleazebags before founding their Sleazebag Club.”

I wonder how many have remained silent because they are afraid, and rather the prospect of a big payout might entice them to speak up? Also, discovery might expose those who were funding this, and that might create some payback opportunities.

“But, Weaver hates Trump, so all sins must be forgiven!”

I imagine that’s the line of logic from these contemptible, narcissistic, self-aggrandizing and self-enriching “Never-Trump” idiots, so transparently desperate to obtain approbation and lucre from the Dhimmi-crat media.

So what is new? The left allowed people to die because of TDS so its no surpsie they would also look the other way as boys and girls were rapped…as long as it supported their coup attempt to get rid of Trump.

That doesnt follow given its been widely reported in all the media including left wing publications.

Rick Wilson, an absolute piece of garbage, was known to be deep in debt, including several hundred thousand dollars to IRS in back taxes.

So Weaver gets away with sexually harassing a 14 yr old kid? And these grifters walk away with fortunes? Why do I get the feeling that we have a broken, politicized and utterly inept criminal justice system?

I cannot stress how dumb these guys are, They were useful idiots and by the time it’s all over they will all be in jail for wire fraud just to start. The Dems used them and now they will get their affirmation

I sure hope so. At least put them through the hell of our court system and make them defend themselves with armies of expensive attorneys.