These attacks follow a rise in awareness of attacks and anti-Asian rhetoric against Asian Americans. 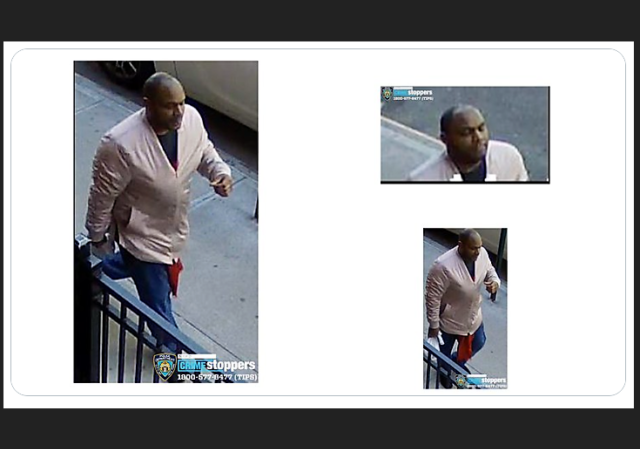 The NYPD is seeking information on two black men involved in brutal attacks against Asians in the city over the last twenty-four hours.

The provocation for the first attack, which happened on a Manhattan-bound train on March 29th at about 11:40 am, is unknown. Video shared on social media shows an altercation between a black man and an Asian man that progresses to a vicious beating and choking that leaves the Asian man unconscious. The incident was filmed by another passenger shows no attempts to intervene.

We need the public's help. The NYPD is aware of this video and is investigating. Anyone that has information regarding this incident is urged to call or DM @NYPDTips 1-800-577-TIPS and provide additional details including the date and time of occurrence. @NYPDTransit @NYPDnews https://t.co/fJmZC1QJac

The second attack, outside of a luxury apartment complex in Manhattan, shows a black man approach an elderly Asian woman on the street and kick her to the ground. The video shows him repeatedly kicking her in the head and body while she is on the sidewalk. The video ends with a man inside the apartment complex closing the door, leaving the beaten woman on the street.

Help identify the below individual wanted in connection to an assault. On Monday, March 29th at 11:40 AM, at 360 West 43rd St, a female, 65, was approached by an unidentified male who punched and kicked her about the body and made anti-Asian statements. Info?☎️1-800-577-TIPS. pic.twitter.com/gMdWRczsFU

According to the New York Times, the man expressed anti-Asian sentiment while attacking the woman. The company that manages the building where the attack occurred says it has suspended the employees who did not offer aid to the woman, pending an investigation.

These attacks follow a rise in awareness of attacks and anti-Asian rhetoric against Asian Americans.

So, the usual suspects.

Right. The white supremacists. They come in all colors now. And probably in all 47 genders, too.

Blame Trump! It’s gotta be his anti-Asian racism! Don’t bother to look over here where we eliminated plain-clothes units that helped to keep areas like the subway safe! My guess at the motive is Occam’s razor….this was a crime of convenience with a susceptible target.

I’m glad the Asians weren’t armed; someone might have been hurt.

The unusual…a jerk capping 8 Asians is the norm while the true norm is ignored. To point out facts is racist…just like math…and sheet music and Western Civ. It truly is a asphalt jungle out there.

Well, there is a lot of crap coming from the fault in liberal asses… 😀

The incident was filmed by another passenger shows no attempts to intervene.

Legally, there is no responsibility to intervene to stop a crime. We applaud when people do it and mourn when they are harmed in doing it. But precisely because it can be dangerous, we shouldn’t be angry when someone realizes that he/she can’t intervene.

Focus on the anger where it belongs — on the perp.

And to expound – filming the perp so he can be identified later is not nothing.

Come back, Bernhard Goetz, all is forgiven.

An uptick for you the system won’t let me give you.

Seems to be something where if one uses block quotes it breaks the thumbs-up button.

Maybe or maybe we have devolved into a society of cowards or those more interested in the possibility of a capturing a potentially viral video than helping a fellow human being. Just in the last week we have watched numerous people, including members of the NG, ignore a dead or dying man on the streets of DC and now we have a car full of people ignoring a possibly deadly assault in a NYC subway car. I find the trend troubling.

Or, they know that in trash pits like NYC, THRY would face charges because they violated some tiny little nuance in some obscure law the DA would be only too eager to use. Another scalp to show the voters at election time.

Who has the money to afford the lawyer that will get them off the hook? Certainly not the poor schlub who ha to ride subways.

There’s also legal liability if you intervene. If your intervention goes awry or some lefty lawyer thinks you were racist to the bad guy then your life is ruined for trying to help.

Well I’m glad they suspended these so called security guys, the security men where huge and did nothing but close the door

If obongo had younger brothers….

NY, where honest people cannot have a gun. We really need to start culling criminals. The current situation is unacceptable.

These attacks follow a rise in awareness of attacks and anti-Asian rhetoric against Asian Americans by BLACKs and #POC while the #FAKENEWSMSM floods America with #antiwhiteagenda talking points.

To be honest, even if the attacks had been witnessed by NYPD, there is no longer assurance that they would have intervened. A few days ago, by decree [subject to court review] Mayor De Blasio removed NYPD’s “Qualified Immunity” protection as city employees. That means that anyone present could file civil suits against the cops on any frivolous charge. The cops are no longer defended by the city, they have to pay for their own defense, and are personally liable for any judgements, not the city. So a smart NYPD cop is looking for another job and carefully not intervening in anything.

I assume that all NY police are now looking for other jobs. This is like what city dwellers faced in the sixties, except with much more risk for a police officer who is dealing ghetto dwellers every day, the barn door open for constant litigation.

All these attacks will hurt the tourism business. I’ll avoid NYC.

Interesting how all of these “white supremacists” who are attacking Americans of Asian descent have such dark skin pigmentation.

I can’t help but think that these crimes are emboldened by mandatory mask wearing. You’ve got to know there are security cameras on a train.