O’Keefe: “Does Twitter consider reporting information the public has a right to know private information? This is quite the Rubicon we’re crossing if Twitter wants to ban this particular piece of information.” 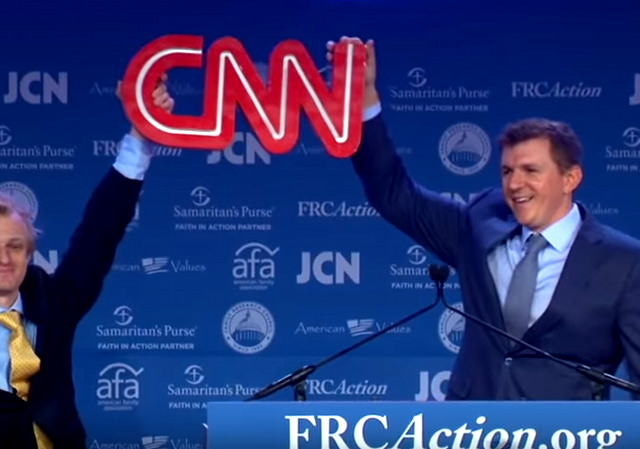 It also locked founder James O’Keefe out from his personal account.

“We have a system that is able to freeze commenting on threads in cases where our systems are detecting that there may be a thread that has hate speech or violence, sort of in the comments,” Vice President of Integrity Guy Rosen can be seen explaining in the footage.

In a second video posted by Project Veritas, one of its staffers is seen confronting Rosen about his remarks outside his home as he returned from a jog.

“When you talk about freezing comments containing hate speech, what do you mean by that?” the Veritas staffer standing on the sidewalk asks Rosen as he enters his home. “How do you define ‘hate speech?’ Is it just speech that you hate?” he continues in the seconds-long interaction.

The numbers on the exec’s home address were visible in the clip, but the street name was not. License plates on surrounding cars are blurred.

O’Keefe also said he’s confused by Twitter’s actions, considering the home address for Rosen isn’t visible in the video. “What I’m trying to understand is, what about what we did is quote ‘posting private information’?” O’Keefe said.

Yet the people keep using them and Congress doesn’t do squat.
This country has gladly submitted to tyranny.

Yes, why, indeed? De-platform and cancel them. Cancel or be cancelled.

It’s easy folks. To steal a slogan from another globalist slave labor employing monstrosity, who care only about return on investment, and certainly not you or anyone you love, “Just do it!”

Social media: something I have managed to live without, comfortably. What am I doing wrong?

Nothing at all. You’re doing it right. Unfortunately, there are millions of people who use that leftist propaganda sewer as a source of news.

Twitter is hemorrhaging money – it’s stock is down. It exists only as a leftist propaganda tool. So it’ll be propped up like the fake sales of hillary clinton and obama’s idiotic books (that are probably sitting in a large Soros warehouse somewhere near a paper recycling plant, awaiting disposal).

Just abandon it. Mock it. Tell people who cite it you don’t want to be be bothered with it.

In other words, whatever PDJT ventures into, he’ll have MORE than 75,000,000 subscribers or buyers on the first day.

In other, other words: PDJT is poised to become the richest man in the world. He just has to do it.

Great idea, in principle. All Trump has to do is find payment processors willing to suffer the wrath of Visa and Mastercard, banks that will do business with him, domain registrars that won’t shut down his domains, and so on. Maybe he starts his own registrar and bank. If any of these become successful great pressure will be brought to bear against the credit card networks, ICANN, and OFR to shut him down.

Looks like telling the truth on Twitler can have grave consequences. Sieg Heil to Hack Dorsey.

The progs are emboldened by the Biden power grab and intend to make the most of it.

In politics the pendulum always swings back and forth. Sometimes it is frequent, others it is somewhat longer as in America. Even in totalitarian countries, it swings. That is usually a bloody affair.

So what do Dems think is going to happen? Do they think they can hold onto power long enough to avoid any personal consequences?

Full on weaponization. You want to know something funny about that bastion of journalism known as CNN. The other day they had a piece on the airport tv that was entitled “Going deep inside a QAnon meeting”.

Basically, they spied, edited, and showed footage deceptively without consent. You might say they pulled a James O’Keefe…journalism wouldn’t have standards at all if there weren’t double standards.

Meanwhile, the Lincoln Project is publishing private DMs from a now-former associate and Twitter yawns.

Any word against the narrative is goingb to get you tossed out.
We all are Prisoners Of Woke

I am not a poisoner, because I was never impressed with Facebook and Twitter, I never bought Google’s BS about evil.

We have all seen how young people go through really obnoxious stage on their way towards becoming reasonable adults. The same happens with companies. Big success = big egos and big arrogance.

Skip, being a prisoner of these corrupt psychos is a CHOICE.

DJT, James O’Keefe, Gateway Pundit, Wayne Allen Root, Gina Cararo,
Pamela Gellar and millions of others didn’t choose to be Prisoners Of Woke getting tossed of social media.
Not fighting, but it’s not always a choice.

Sorry meant to up vote big thumbs and horrible placement Admin. Do something!

Cararo wasn’t shanghaied to the set of Mandalorian by a Disney press gang. Sorry. She knew what she was getting into, or more importantly, with whom.

I respect opinions, heaven knows mine are not perfect. But wondering if you heard or read her Tweets?, I did on Prager and Levin and actually used her logic on another, they seem fine to me, Prager thought so as well.

Make that Rasputin SOB own this period of censorship and oppression personally—every single day. Instead of McCarthyism, call it Dorseyism.

Call it nothing. Just get the hell out it and let it die on the vine.

AND: boycott anybody who advertises on twitter, or sponsors it in any way.

Keep using the word “blacklist” as often as you can. That really raises the blood pressure of Californians delightfully.

When a tipping point like this is reached, there is only one way out: out.

Secession is our ONLY hope. We have to leave the lunatics and fascists behind. But imagine what great lives we’ll then lead, and be able to pass along to new generations.

Things could turn around, we need a McCarty like advocate, with people being charged and convicted of treason, maybe some executions. Public humifactions, loss of jobs, in other words payback. Such payback should be aimed at the top stooges, not rank and file.

That’ll never happen in the current ‘nation’ we live in. Half the nation wants to hang the other half. (Our justification is on a legal basis; theirs is on a lust for power.)

Our nation will NEVER unite again. Not with the minds of 2 generations absolutely destroyed – and a third being worked on today.

It’s over, folks. The hillary clinton nightmare we saw coming – that was delayed by the heroic Donald J. Trump – is here.

We have to divorce. Otherwise, accept the coming terror, bloodshed and chaos.

I think that breaking up the country will lead to immediate war.

Really? Who will be the soldiers fighting for the left? – Do o really think American soldiers of the current crop will shoot their own families?

BUT: Give it another 3 or 4 years, and the military purge will result in Antifa/BLM monsters with American flags on their shoulders happily pointing M16s in our direction.

The clock is ticking. The longer we wait, the more our fate is sealed.

Tell us how you’re going to keep socialists out.

Socialism, Communism (and any other government scheme) will be outlawed under the new Constitution. Teachers who advocate it would be fired. People who refuse to work, won’t get welfare. Vagrancy will be unlawful. Extrapolate it from there.

They’ll emigrate in a short time.

On the other hand, citizens will have a choice of tax structures, depending on how generous with their money they feel. Revealing it would be a federal crime.

This was American society before it was corrupted by the left in the late 50s. McCarthy warned us.

This won’t be easy, but it will be a lot harder living in a Maoist America, where racist ChiComms govern you by proxy.

If black Americans think they have a raw deal now, wait till Xi is in charge of their lives.

“If black Americans think they have a raw deal now, wait till Xi is in charge of their lives.”

Blacks have another problem, Hispanics will not like black culture, a culture of entitlement and crime. There will be no support for Affirmative.

So all those illegals, will in time, become blacks nightmare.

“This was American society before it was corrupted by the left in the late 50s.”

We couldn’t maintain it then. So the solution is to… do it again and hope for different results?

Tell us how you keep the locusts from immigrating to and debasing your new country.
Then tell us why we should cede a single square foot of OUR country to them in the first place.

Mary Chastain, did you intend to use that incorrectly spelled word?

Owen to BLM thug: “I say: Did you intend to use that incorrectly spelled word?”

A description of the post operative state of being following a genital mutilation procedure in which ‘Roy becomes Joy’?

Guys: Check your spelling in the headlines

It’s hillary clinton and nancy pelosi. And kamal harris. And…well, you get the point.

“In other words, whatever PDJT ventures into, he’ll have MORE than 75,000,000 subscribers or buyers on the first day.”

So maybe.. Learn from Parlor’s mistakes. A few small servers in a few different countries.. This wouldn’t be all that hard to do.

It’ll either work, or it will seriously break what’s left of the internet. Either way out would allow our half of the American population to have a platform. Or we can wait as more of our side are deplatformed and silenced.

We need to get ahead of the deplatforming, walk, better yet run away. The faster this happens, the more defastating it will be to tech companies. Crash their revenue and value.

” it will seriously break what’s left of the internet…”

Why?? First, we need another avenue from the “Internet” under Junta control. (Remember: the “president” has a kill switch that can turn off the Internet.)

Elon Musk is showing the way, with satellite Internet.

We need communication not under control of the “American” government.

(Remember: the “president” has a kill switch that can turn off the Internet.)

No, he doesn’t. He may think he does, but it’s not connected to anything.