“From its very roots, CRT is racist, repressive, discriminatory, and divisive.” 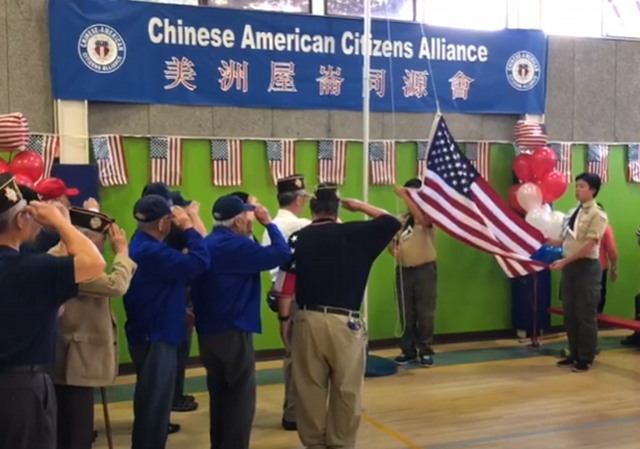 They describe the ideology as a hateful fraud and even call on their members to “resist” its implementation.

This is more than a strongly worded letter. It’s a call to action.

From there, the letter provides an accurate description of what CRT is and how it works. It calls out promoters like Robin DeAngelo and Ibram X. Kendi by name.

Then it explains the impact CRT would have on its members:

What CRT Means for Americans of Chinese Descent

Chinese Americans are people of color and therefore start from the oppressed side of CRT’s binary. But as we overcome discrimination and achieve upward mobility, we are now White by adjacency. In New York City, Black Lives Matter rioters with CRT signs assaulted our rally supporting merit-based education. We have come into CRT’s crosshair.

For top colleges, CRT uses the ruse of multiple-criteria holistic admissions, which allows Harvard to reject Asians with better academic and extra-curricular credentials than those of admitted applicants. Despite never having met the applicants, Harvard admissions officers somehow conclude that Asian applicants lack integrity and courage — directly contradicting evaluations from interviewers who met the applicants, and from teachers who’ve known the applicants for months if not years. If smearing Asians this way isn’t hate speech, then what is? Call it diversity, equity and inclusion.

Finally, the letter calls on members to take political action:

We Have to Start Fighting Back!

We need to recognize CRT through its fraudulent packaging, call it out, resist. Parents need to watch for CRT in schools, talk to each other, and organize, like the Cupertino Chinese parents. Regardless, parents need to speak with their kids to anti-indoctrinate (or un-doctrinate) them at home. This needs to start early, because CRT indoctrination also starts early. Don’t trust schools and teachers blindly.

On the political front, President Trump issued an executive order to ban CRT indoctrination at the Federal level. President Biden rescinded that order upon taking office, so our best hopes now rest with the states, several of which have proposals to ban CRT indoctrination. New York legislators don’t lean that way, so we must vote to elect state legislators who represent our views on CRT!

This is encouraging. Critical Race Theory is red-pilling people all over the country.

Welcome to the fight, friends. Swords up! ⚔️ pic.twitter.com/JFxUeAVNPG

They aren’t objecting to CRT in principle. “OMG, we’re being treated like whites!” And yet they still vote Democrat.

Asians historically have voted Republican about 13%, Trump brought it up to 31%.

I don’t know anything about the political inclinations of this group. But it is true that many immigrants vote for they very same policies that caused them to leave their home countries in the first place. At times it is surreal – like a “Jews for Hitler” political organization dedicated to supporting the National Socialists because of their support for universal health care, a national industrial plan, aid for the working class, and gun control.

Luther, I believe that you are accurate in your assessment that many immigrants vote for Leftist candidates and espouse Leftist ideas . These generally are the least educated and poorest compensated, easy marks for politicians promises of “doing for them, the downtrodden”. The wealthy and middle class who come here are already conservative in thought or will be after one to two generations . The trend with immigrants from oppressive nations is for the early immigrants to assimilate rapidly and succeed, the later immigrants and illegals are usually less educated, less successful, less driven and they are Red Meat for Democrats

CACA is doing what ALL patriotic Americans should be doing. Fight against this extortion – this effort to undermine our culture and values. CRT is racism – wrapped in a different package with a nice bow on top to fool the kids and the moronic adults who have lost the ability to think rationally (fueled by a set of media that has truly become anti-American).

It takes a Chinese-American group to push back. And how many legislatures, governors mansions, etc. are controlled by putative “Republicans?”

It’s pervasive, well-funded insanity straight out Mao’s Little Red Book to pit ‘counter-revolutionaries’ against ‘revolutionaries.’ The old guard of Reverend King’s ‘Not the color of skin, but content of character’ against the racist ‘racialism forever anti-racists’. Wakanda Salute!, or banishment for you!

American’s have become a country of complacent morons. The attitude is “given away the whole country and all liberty – just don’t bother me too much.”

Amazing that it takes immigrants to fight for the liberty we dumb/lazy Americans have all taken for granted. Chinese-Americans/ Cuban-Americans/ Venezuelan-American/ Russian-Americans.

I have no sympathy for low-information Americans who don’t care enough to know what’s really happening in their country and get led around by the nose by anti-American-media.

Tolerance in the face of tyranny is no virtue.
Patriotic action in defense of freedom is no vice.
— Barry Goldwater

There should be a major Republican effort to win back Asian Americans.

There has to be more than a third that don’t like the racial politics of the left.

thank you ladies and gentlemen !

Still waiting for some recognizable “white group” to show half this much public courage.
I know the NRA is, shall we say, preoccupied right now, but we are such a systemically racist, patriarchal nation that surely we could find SOME other group to represent us in a return to normalcy?

The Chinese are certainly being discriminated against by this nonsense, and the only way they can effectively act against it is to vote straight Republican.
The real tragedy is this, like most stupid ideas, does more harm to its supposed beneficiaries than it does to those it directly hurts.
How do Chinese kids react to the knowledge that they will be discriminated against in admissions? They work very hard to get such superior credentials that they develop unusually strong work habits, which last them the rest of their lives.
And what does this nonsense do for the direct beneficiaries. Instead of going to schools in which they fit in and are as qualified as anyone else, they go to schools in which they start off way behind their classmates because the credentials they lack are meaningful. This is a prescription for their being intimidated by their surrounding, and for them to decide that they should give up their ambitions, and also for many of them to be at the bottom of their classes, and for some to fail. It has ruined far more minority lives than it has helped.

All Democrat policies do more harm to those supposedly helped; they see this as a feature not a bug.