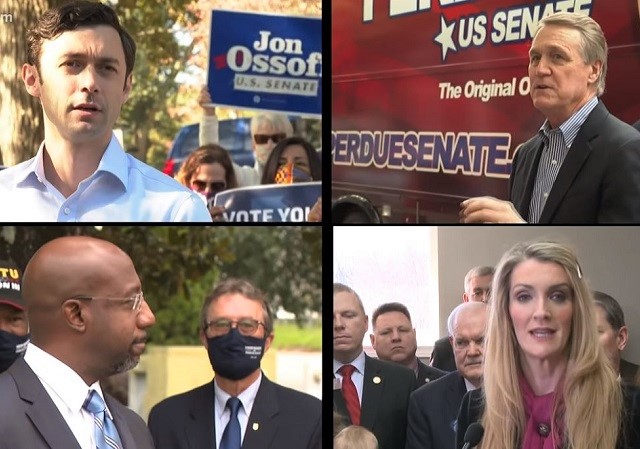 These students knocked on doors and made phone calls. They get an A for effort, no matter the outcome.

Georgia voters will decide on Tuesday which party controls the U.S. Senate. Conservative students plan to make a difference in support of Republican Senators Kelly Loeffler and David Perdue and have already reached hundreds of thousands of voters.

“We will be sending more than 200+ students and SFLAction team members for door knocking and contacting voters, following local rules for social distancing,” Kristi Hamrick, a spokesperson for Students for Life Action, told The College Fix via email.

“The pro-life group plans to knock on 70,000 doors leading up to the election,” Hamrick said.

Students For Life Action is the political advocacy arm of Students for Life of America, a national pro-life student organization.

GEORGIA: Can we count on you to #VoteProLifeFirst in 2 days? The pro-life generation and thousands of preborn children are counting on you to show up to the polls. ?? pic.twitter.com/81KyJ65EsI