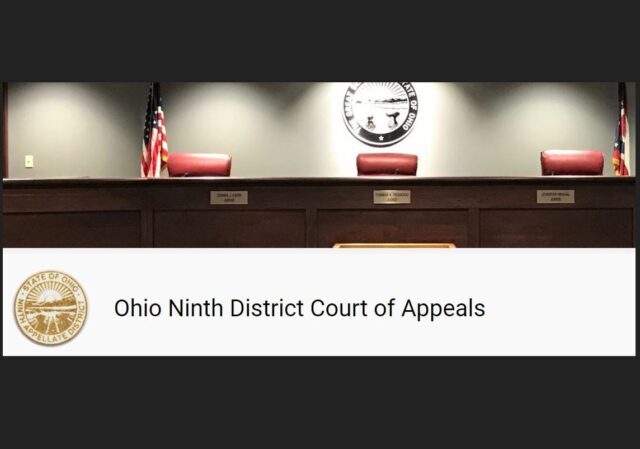 This is a reminder that Legal Insurrection will have live coverage of and commentary on the Gibson’s Bakery v. Oberlin College appeals court oral argument. The Court livestreams oral arguments and we will have the embed here with commentary. Join us.

Here is the panel of judges for the case according to the court calendar.

It’s been a long time coming. We have followed the Gibson’s Bakery case against Oberlin College since before it was a case: through the pre-trial court proceedings, the trial, the compensatory and punitive verdicts, the post-trial motions, the appellate bond issue, the tragic death of David Gibson, the college’s post-trial public relations campaign targeting the Gibsons, and then the two appeals (along with the sideshow of Cleveland media groups aligned with the college trying to unseal private Facebook records of the bakery store clerk).

Why “two appeals”? The first appeal is the college (and Dean of Students Meredith Raimondo) trying to reverse the jury verdicts. The second appeal is the Gibsons trying to restore the full $33 million punitive damage verdict, which had been reduced by half under (Republican-initiated) Ohio tort reform.

At long last, oral argument has been scheduled for November 10, at 10 a.m. The Ohio Ninth District Court of Appeals YouTube Channel will livestream the oral argument, and we will carry it live here.

For those of you who want to read up on the appeal, here are the key briefs:

There also were multiple ‘Amicus’ briefs filed by entities supporting Oberlin College, and the Gibsons’ responses.

So what to make of the appeal by the college?

It strikes me that the college attempted to throw everything including the kitchen sink at the appeals court in the hope that the mere multitude of issues raised would lead to the view that this was a fundamentally unfair trial with numerous reversible errors. Anyone who actually followed the trial knows this is the opposite of reality, the trial judge was extremely cautious, only allowing a small number of the Gibsons’ claims even to get to trial.

The challenge at oral argument for the Gibsons is to unwind the chaos of the college’s brief, and to focus the court on the lack of any substantial identifiable reversible error, particularly error that was preserved for appeal.

In any seven-week trial, there will be minor evidentiary decisions that may be in error, but did they substantially affect the verdict? If minor error were enough to reverse, no lengthy trial could withstand appeal.

Here, the college has not clearly identified such trial court errors. Part of the error asserted simply is a mischaraterization asserting that the college was held liable for student speech — that plainly is false, yet is a theme the college (and its amici) repeat with reckless abandon. Other asserted errors are things consented to or demanded by the college — such as the bifurcated trial which resulted in separate considerations of ‘actual malice’ at the compensatory and punitive stages. Other items, detailed in the briefs, are items never preserved for appeal because of lack of evidentiary proffer at trial, such as admissible evidence of prior incidents of racial profiling by the Gibsons — someone feeling uncomfortable at the bakery is not evidence.

So mark your calendars, November 10, 10 a.m. Maybe we’ll have a “watch party” or something similar. That’s to be determined.

Thank you Professor Jacobson for your diligence and stamina bringing this particular trial before us. Thank you also for carefully laying out the chaos.

This chaotic trial and appeal will come at a time of potential chaos for this country as a whole.
Indeed, by Nov 10th, this nation may not have a completed election.

Therefore, a very big all encompassing “watch” party is definitely in order… or chaos…?

It is possible I will be needing a very safe space.
Thank you for your consideration.

Did I say Thank You?

Does anyone know the political makeup of this Appeals Court. At this chaotic time, if Trump were to win, I would not want to be having an appeal in front of a court with a majority appointed by Democrats.

This is a state court of appeals, whose judges are elected without party labels. The four counties it covers are Summit (Akron), which is heavily Democrat; Medina and Wayne, solidly Republican; and Lorain, which covers Oberlin itself, and is purplish Democrat.

“Elected without party labels” — true, but the parties endorse, and it can easily be established which party the judges are affiliated with. Of course that doesn’t tell you what their philosophy is.

Great question. In Ohio all judges are elected. Courts of appeal are chosen in districts. Republican judges predominate statewide but that doesn’t necessarily apply in every district. According to Ballotpedia, that district has five judges, four endorsed by the GOP, one endorsed by the Democratic Party.

Many thanks for keeping us up to date on this case. We actually stopped by Gibson’s this summer and bought some wonderful baked goods. They were surprised that people from AZ knew about their bakery. We wished them best wishes for the case.

I did the same thing although it was only a drive across Ohio; but I really wanted to show my support and buy something. Of course I told them why I made the trip (while also visiting nearby).

Prof. Jacobson’s and team’s reporting on the Gibson Bakery-Oberlin saga has been absolutely stellar and insightful. The mainstream media has failed to capture the full depth of intrigue, has failed to underscore Oberlin’s bad faith and dishonesty, and, has generally cast the narrative in a light that is favorable — undeservedly — to Oberlin.

It will be a great day when this matter is finally resolved, in Gibson’s favor.

it won’t be over until the check clears

“it won’t be over until the check clears”

A more cynical me would say, until they lay dead and the earth they walked on is salted.

But that is me being cynical….

I remain hopeful that Oberlin will one day return to the Liberal Arts Institution it once was. Someone let that place get hijacked by socialist freaks hoping to destroy the reputation and content of education… and probably to get into the endowments for their own enjoyment.

That won’t happen prior to an intervening bankruptcy sale, I can assure you of that.

As always, this thread on Oberlin grabs my attention. I will be watching this page with rapt attention on the 10th.

I’d mark my calendar, but I’m fairly certain the country is going to burn itself down to the foundations Nov. 4th, so.

good luck to them. will be at togus VAMC getting pulmonary function test to point towards copd or restrictive lung disease so won’t be able to keep on top of the proceedings. hopefully it goes well for gibsons.

Are the oral arguments going to be heard in Akron or Elyria? Some stories indicate this is a circuit court that would convene in Elyria (the county seat of Oberlin’s county)