Presler, hoping to turn CA-49 back to red, says: “Don’t wake up on Tuesday, November 3rd wishing you had done more.” 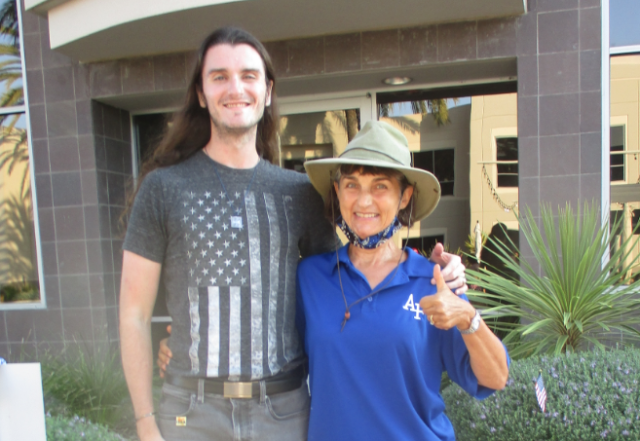 Many Legal Insurrection readers have given up on California entirely, determining that the state’s politicians have flushed our prosperity and legacy of infrastructure innovation down the toilet with socialist policies and social justice laws.

However, there are a couple of crucial factors in this election cycle that may help pull the state from the garbage heap of history…at least a couple of inches.  One is President Donald Trump, who will have enormous coattails that will help carry the day in may state and local races (hence the fake news cycle that has just started).

Another contributing factor is individual citizen activism, which will be critical in inspiring people to vote and ensuring that they show up on November 3rd.  Of all these activists and organizers, few are as energetic and passionate as Scott Presler (aka “The Persistence”).  Presler is the 6 foot 5-inch powerhouse who organized a massive clean-up of Baltimore in the wake of Trump’s critical yet accurate remarks about the city.  He has followed up with clean-up efforts in about a dozen other cities, including a homeless encampment in Los Angeles.

I had the pleasure of meeting Scott last weekend during his stops in San Diego. The event is part of his tour through Orange County and Los Angeles, as he quests to “make America clean and great again.” 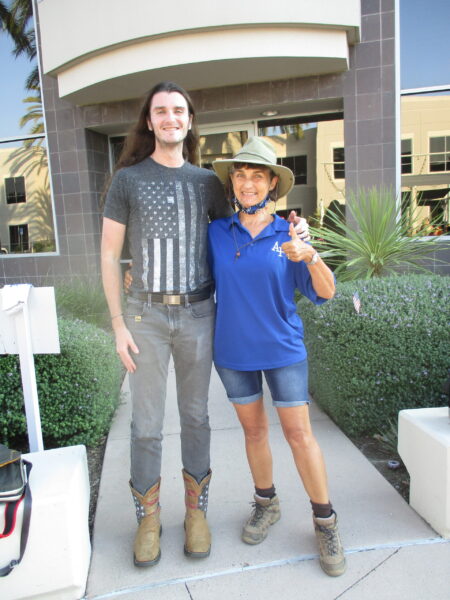 Scott appeared at a campaign drive for Brian Maryott, who is running against incumbent Mike Levin for California’s 49th district (a seat once held by Darryl Issa).  There were about 200 Californian’s who came out to the event in Carlsbad on a Friday night to hear Scott’s take on the 2020 election and his plea to work hard campaigning for conservatives during the 2020 election cycle.

Scott explained his evolution from unemployed student to dog walker, to sanitation worker and activitst…thanking former president Obama for making him the community organizer for the right that he is today.

Perhaps the most significant laugh line was noting that the crowd was clearly more prominent than a Joe Biden rally….which it was, as evidenced by the line of people wanting to talk to Scott personally after the event 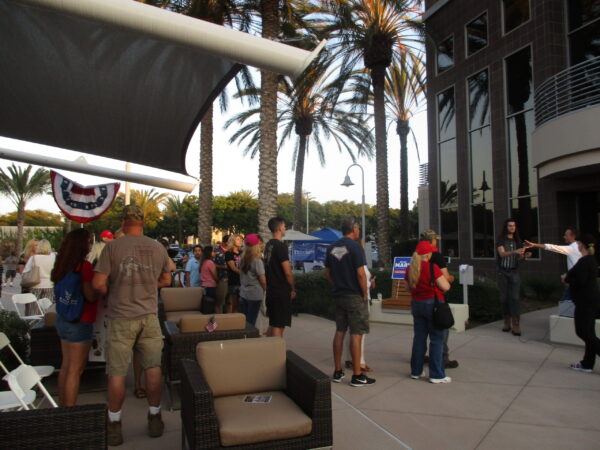 Scott offered a response to those who wish to push the “Black Lives Matter” message: Yes, black lives do matter, and that’s why they should vote for the party and people who promote personal responsibility, capitalism, and patriotism.

Scott concluded his talk with a compelling message about how important it is to do the ground-work in local, state, and national campaigns.

“Don’t wake up on Tuesday, November 3rd wishing you had done more. This is history in the making. This movement didn’t start with Trump. It won’t ent with Trump. The American spirit is undefeatable.”

Scott made a point of mentioning the 20 congressional races that need to be won to flip the House back to Republican control. If the enthusiasm he generated during his appearance is a measure of potential impact, that there is a good chance that the 49th district can return to Republican control.

The district was one of those heavily impacted by Democratic Party ballot harvesting in 2018. Here is a snapshot of the Republican analysis of election night tallies and their change after the mail-in ballots were counted: 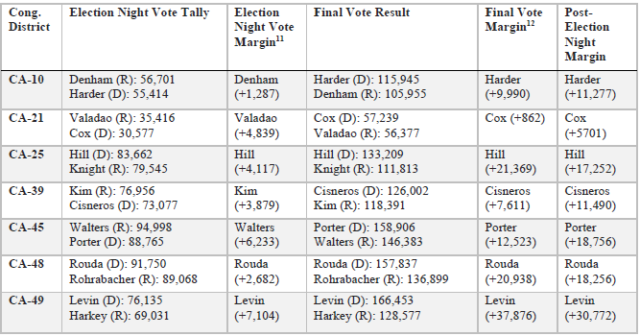 Imagine the impact that 200 enthusiastic, motivated volunteers in each of those districts could have on the 2020 totals. Added to the Trump coattails, which were evident by the cheering whenever the president was mentioned, and there may be hope our state can help save us all from more Speaker Pelosi.

I want to sum up Scott’s appearance this way: if we could tap into Scott’s energy, California wouldn’t have a state energy crisis.

Nailed it Leslie! There has been little that competes with how little support we CA voters got from the rest of America when we were fighting the intrusion of the Bush/Rove neocons responsible for the demise of the GOP in CA. They stripped our ballots of candidates and no Republican has since been elected to statewide office after they crammed Arnold down our throats. Until Trump, it’s been nothing but communists to vote for.

Today, we get no credit for the various push back efforts breaking out. Warden Newsom gets it. That is why he has suspended his presidential efforts and wasn’t the keynote speaker at the DNC. He understands that Trump’s rallies drew over 35% in 2016 and over 50% in 2019-20. Those are the coattails you mention. Trump could capture a bunch of congressional districts this year. Good-bye Pelosi. Hello McCarthy.

Who would have guessed that the two best Congressmen would now be from CA? Nunez and McCarthy. You’re welcome America. Now when is Texas going to wake up and get to work? Stop blaming CA! It’s the border you refuse to get under control and those spineless RINOs you keep electing!

You just can’t help yourself, can you?

Also, thank you and everyone there for not wearing masks or social distancing. I’ll bet none of you die or get sick.

Those numbers in the ballot harvesting are overwhelming!

I sure hope the Republicans have their act together

I wish those seeking to clean up California well. They will need divine intervention for that 10th circle of hell.