That was then: “I’ll be frank and tell you two Democrats I’m 99% sure I won’t be supporting… Joe Biden & Kamala Harris.” This is now: I’m thrilled to support Biden-Harris. 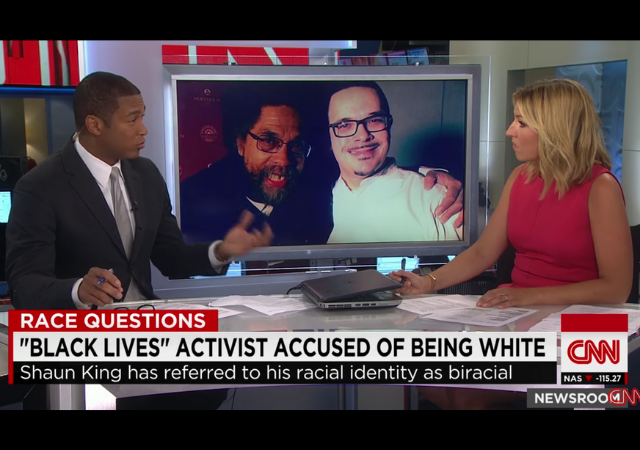 Shaun King is an activist and co-founder of the Real Justice PAC, he’s also super involved with the Black Lives Matters movement (are we still technically calling it a movement?).

In 2018, King singled out Biden and Harris as being the two individuals he wouldn’t support because of their “dismal history on criminal justice reform over the course of their entire careers.” 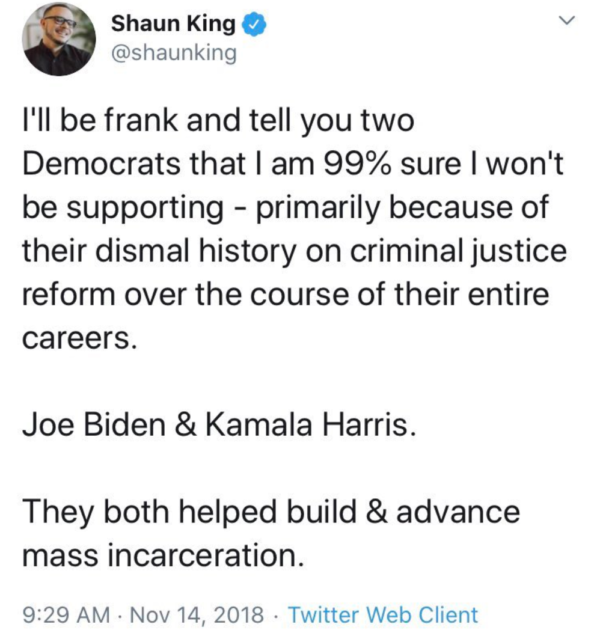 But strong words mean nothing these days, because yesterday, King was stoked a black woman was chosen as a VP nominee. 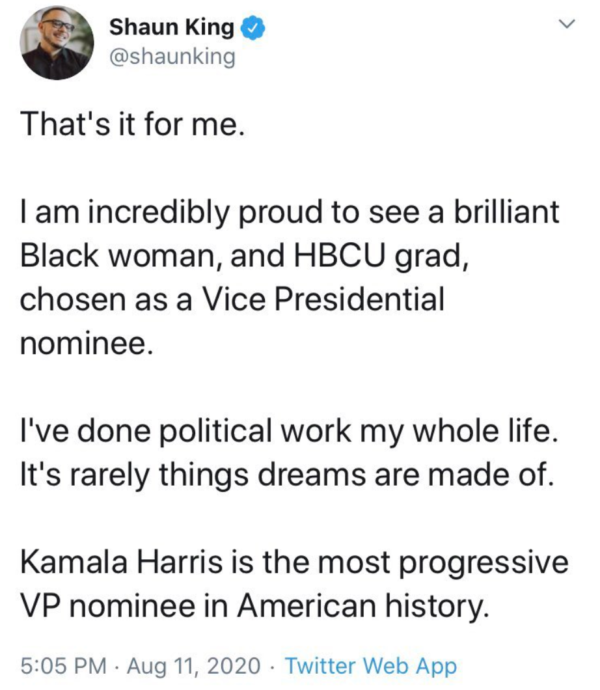 But it’s all cool now, because that was just the primaries, y’all.

This summation from the AJC of controversies in which King has been enmeshed is hilarious:

King has been under scrutiny over the years for identifying as Black when many critics say that is not the case. He has also been ridiculed about where his fundraising dollars go and his comments on tearing down statues that depict Jesus as “European.”

And this is comedy gold:

Talcum X is going to hurt himself if he keeps backpeddling while spinning like that.

To Take Questions From The Press:

‘We’ll Talk About That Later’

IOW We don’t have our lies on that made up yet.

His credibility on how to be authentically Black is — how shall I put it? — pallid.

Oceana has always been at war with E̶u̶r̶a̶s̶i̶a̶ Eastasia.

Whatever The Party says.
.

The Eloi behave as expected.

Since when was ‘mass incarceration’ a thing? I was unaware that police made sweeps through certain neighborhoods, picking up any individual who met their criteria and tossing them in jail for no reason. I thought the people in jail were… criminals, who committed criminal acts like murder, robbery, burglary, drug dealing, assault, carjacking, and other such acts. Not that I know, of course, since I’ve tried my best *not* to commit such criminal acts, and as a result I’ve stayed on the outside of the bars.

The amazing things you learn listening to Shaun King.

“Mass incarceration” is like “epidemic of police killing black males”, or “epidemic of burning black churches”, or “right-wing militia”, or “widespread homelessness”, or “RethugiKKKan voter suppression”, or “worst economy since the Great Depression”, or “crumbling infrastructure”, or “systemic racism”, or “Russia stole the election for Trump”, or “epidemic of gun violence”, or “the FBI/CIA killed Martin Luther King Jr”, or any of literally thousands of Communist disinformation campaigns I have seen in my lifetime.

Never underestimate a prog’s tolerance for hypocrisy and cognitive dissonance.

Honestly, who cares? It is beneath your dignity and the dignity of LI to even write about this person.

I daresay concern trolling is beneath your dignity, sir.

So he is gonna vote for the candidate that locked up blacks instead of the president who is giving black inmates a second chance…brilliant!

“Stop Playing Politics With The Virus” –

Are they trying to make us take our eyes off the senate while they try to steal that?

Talcum won’t vote for Biden/Harris like I won’t finish this beer.