An engrossing and disturbing analysis of the Obama era, when “a ‘right wing attack’ was an unwitting code for journalism” 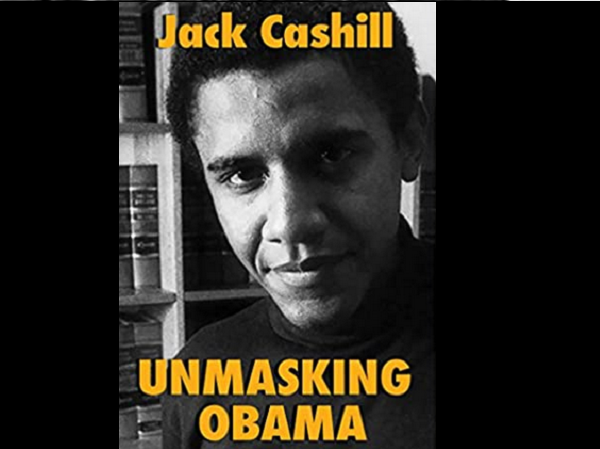 Few books published during 2020 are as timely and desperately needed as Jack Cashill’s latest work: Unmasking Obama – The fight to tell the true story of Obama’s Presidency.

Unmasking Obama is actually as much about revealing the true nature of former President Barack Obama and his administration as it is about unmasking the elite media.

Chapter-after-chapter, page-after-page, Cashill reveals the choices in false information that news organizations and media analysts highlighted. The author also shares real stories that the press attempted to hide from the public. Professional reporters might have succeeded in painting a golden picture of a stellar administration and talented president if it weren’t for the conservative self-publishers (referred to as a group as “samizdat,” for the Russian term for those who created content not approved by the state).

To be honest, this was a difficult task for me to take on. I detest Obama, and the only success related to his presidency I have enjoyed are connections I have made with fellow patriots as a result of participating in the Tea Party movement and joining the “samizdat” success of Legal Insurrection. However, I am delighted that I agreed to read Unmasking Obama because Cashill prepares a gripping analysis of many aspects of Obama’s full history and clearly explains where the American media failed to do the due diligence and disclosure that would have allowed voters to potentially make more informed choices in 2008 and 2012.

The books is divided into chapters that reflect the special interests that Team Obama glued together to gain the White House: The Front Man, Scandal Free, The Home Front, The Red Front, The Black Front, The Rainbow Front, The Green Front, The Brown Front, The Pink Front, The Crescent Front, and The Eastern Front.

Cashill combs through the media stories, exposing the narratives promoted by news organizations and pundits and comparing them to the the facts and data uncovered by the self-publishers. He also describes the punishment dished out to the “samizdat” when its information contradicted the preferred narrative.

There are many great lines in “Unmasking Obama”. Perhaps the best one sums up the entire book best: “In the Obama era, a ‘right wing attack’ was an unwitting code for journalism.”

I normally like to share a passage from each book I review, so readers get a feel for the author’s style. It was difficult to select one, as so many were excellent. As I wrote about this issue myself, I opted for the section covering the “Climategate” scandal (in which hacked emails showed the scientists involved massaged data to prove global warming was occurring) that was broken by Marc Morano on his ClimateDepot.com website.

The Climategate story broke just before the president headed to Copenhagen, there to pledge major cuts in the U.S. carbon emissions and to persuade other nations to follow suit. Nothing the major media said could undo the reporting done by citizen journalists such as [James] Delingpole and Morano. Armed only with the truth and their frequently crashing websites, they reversed whatever climate momentum the Obama administration had seized.

On December 6, 2009, more than two weeks after the story broke, the New York Times tried to cauterize the emotional wounds of the faithful. In the very first sentence of a lengthy article, reporters Andrew Revkin and John Broder reminded anxious readers of the “unequivocal evidence” for “global warming”. To further reassure them, the reporters refused to use the word “scandal” to describe the “scandal” at hand. Try as they might, though, the Times reporters could not disinfect the proceedings at Copenhagen.

I strongly recommend this book, especially because the mainstream media is in full disniformation mode during the 2020 election cycle. Cashill’s work gives us a clear insight into the playbook of elite news organizations that is still in use today, including the promotion of the “Fine People Hoax” that is such a significant part of the Biden campaign.

The book will also be a handy reference for recalling the true, malign nature of Obama’s presidency. It is not likely that leftist historians will delve into depth in “Fast and Furious,” “Solyndra,” or “Spygate.”

Cashill is an author of 12 books on politics and current events, a producer, and a weekly contributor to WorldNetDaily and Executive Editor of Ingram’s Magazine, a business publication. He is also an executive editor with Ingram’s Magazine and has has written for Fortune, The Washington Post, The Wall Street Journal, and The Weekly Standard.

I give the book 6 out of 5 stars. It’s a must-have for history buffs and political geeks, and it would be a great gift to give friends or family who have begun questioning the media’s representation of riots in our cities as “fiery but peaceful.“

Wow! That is quite an endorsement, Leslie. I, too, loathe Obamalamadingdong. You have inspired me to read about a subject of which I’ve read enough to last a lifetime.

It’s a shame that education doesn’t include making this required reading material.

I saw through Obama early on, before he pranced his way into the Presidency through deception and a media who found their Manchurian Candidate. The actions of the media mean they are part of the political party that calls itself Democrats.

I know the Obama regime did damages to this country which we may never recover from. It includes the media as the main propaganda wing. Bringing things to light in this matter is good, but it needs to be more widely spread.

White guilt was a powerful force then and it is even more powerful today.

As if most of us here didn’t know the dirt about this rat obama.

But if the book and your endorsement help penetrate the thick skulls of way too many of us living in denial, all the better.

I am sure that as much dirt as I know, that there is much more.

I still don’t understand who Obama is and how he got where he got in life. The story he presents as his biography doesn’t add up and is full of holes. I don’t know who is pulling his strings. I still haven’t got past these things.

I still cannot get over the fact that this anti-American leftist was re-elected.

Well, between Mittens taking a dive and election fraud I don’t know that he was actually ‘elected’ by the people.

I tried to download it but my tablet doesn’t seem to want to do ebooks anymore so returned it. Can’t wait for the paperback additgion now.

Well that’s got to he the gayest picture I’ve seen of the jugeared clown. Good job.