“YOU ARE NOW OFFICIALLY A CLOWN.” 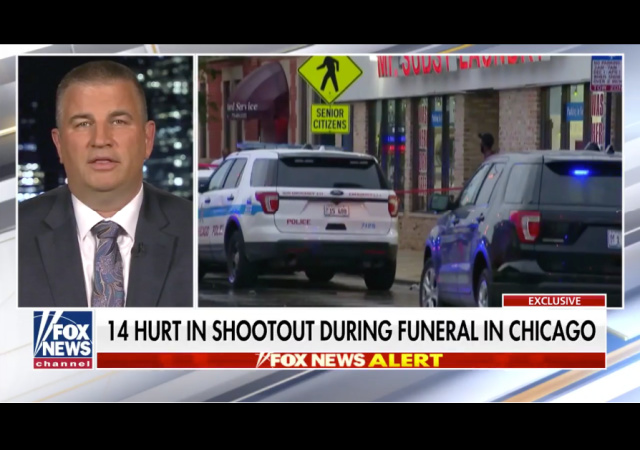 I think I’ll be writing about Chicago Mayor Lori Lightfoot for awhile because a new story about her comes out every day.

Now the mayor found herself on the front pages because of text messages between her and the Chicago Fraternal Order of Police Union President John Catanzara.

Catanzara wrote a letter to President Donald Trump because Chicago has gone off the rails since the death of George Floyd in Minneapolis. Murders have doubled since last year. The city saw its deadliest 24 hours during the last weekend in May. It had a bloody Father’s Day.

The letter did not mention federal agents, but Catanzara wanted to discuss with Trump on “how to ‘bring back civility to the streets of Chicago.”

The texts between Catanzara and Lightfoot happened on that same day.

Catanzara did not appreciate Lightfoot “encouraging people to report officers who may have crossed the line.” She called him a clown three times in the exchange. From WGN:

“It tells my members you care more about rioters than injured police” Catanzara texted the mayor Saturday.

“I made a very strong statement about the planned attack on our officers. You are better than the cartoon character that you allow yourself to become.”

She also texted the police union president “apparently you are officially a clown.”

The two texted for a bit on Saturday:

At one point he told her: “99.9% of the department has zero respect for you, what you say, what you stand for and even less confidence you give a rat’s a** for their well-being.”

Catanzara urged Lightfoot to allow police to respond in riot gear and shut down protests occurring without permits.

The texts ended just before 8 p.m. on Saturday night.

“Right back at you, clown. So sad you are so desperate for relevance and publicity that you are comfortable with lying. You will be exposed as the total fraud that you clearly are,” the mayor texted Catanzara.

“YOU ARE NOW OFFICIALLY A CLOWN”

I’ll have the story tonight on @WGNNews at 9pm. pic.twitter.com/T1SapNxrqV

Lightfoot refused to apologize or take back anything she said:

“In the middle of everything that’s going on, in a craven political move, this man waved his hand to President Trump and invited him to bring federal troops into our city, a la Portland,” Lightfoot told reporters during a news briefing. “We have tried to engage him in a constructive way. He refuses to do so because he’s more interested in trying to make himself a political figure rather than to be a leader.

“I don’t take back one word that I said,” she added.

Thing is, as her city faces a rise in homicides, it seems her opposing Trump is more important than helping her city.

Lightfoot balked at the idea of Trump sending in federal agents to help out. Tuesday evening, she said she won’t allow Trump’s “troops” to “terrorize” the city.

Not even 30 minutes later people in a car shot and injured 15 people at a funeral on the South Side.

Lightfoot slightly changed her tone a few hours after the shooting. She said, “the city would be working with federal agents to fight crime but warned that her administration would be vigilant against abuses of power.”

Plus, the administration is only sending in “resources that will plug into existing federal agencies that already work with the city, including the FBI, Drug Enforcement Administration and the Bureau of Alcohol, Tobacco, Firearms and Explosives.”

Catanzara mentioned the text messages on The Ingraham Angle two days ago:

“The mayor likes to use the word ‘unhinged’ but the ironic part is the mayor became unhinged. I wish I could show you the text messages that she sent me over the weekend as soon as she found out I sent the request to President Trump,” Catanzara told Fox News host Laura Ingraham.

“She was the one who totally became unhinged, unprofessional, childish,” he continued, “and it was really pathetic for the leader of a city,” Catanzara said.

Catanzara claimed Lightfoot has a “Napoleon complex” and sharply spurns those who disagree with her.

“She is literally running the Titanic into an iceberg intentionally,” he said. “Fifty-six rounds [were reportedly] fired [during Tuesday evening’s incident] and [14] people shot tonight at a funeral where there was police’s special attention because of the gang victim that was already being waked at the funeral home.”

Catanzara unleashed anger on Lightfoot, Cook County Board chairwoman Toni Preckwinkle, prosecutor Kim Foxx, and Sheriff Tom Dart because none of them have any “idea what real justice is.” Their lack of knowledge has led to a “bloodbath in the street.”

That’s why criminals are “bold” in Chicago “because they know there are no consequences.”

Speaking of cartoon characters, I am undecided whether Mayor Lightfoot looks more like Beetlejuice or Jobu from the movie Major League.

She gets called Beetlejuice a lot at Second City Cop .

I was thinking she looks like the Martians in “Mars Attacks”.
Ack ack ack ack!

Marvel Comics’ character “Groot” is a common comparison as well.

She just can’t stand that Ted Wheeler is currently in first place for most insane big-city mayor in America.

Any bets on whether she’s angling to be Biden’s running shambling mate this fall?

She’s in way, way over her head.

She’s only mayor becasue she won the Dem primary runoff lottery. Not because she had a huge solid political base to begin with.

Lots of aldermen, including PoC, were angry about how she handled the riots, err…peaceful protests. Their wards were devastated.

I can almost hear The Chicago Machine wheels beginning to grind, in search of a replacement.

Blago was the last Chicago politician to embarass and PO The Machine. Look what happened to him. With more than just The Machine’s blessing.

Balto Chi DC Phil NYC Det and spreading to WCoast – not too much but too little mayhem – as per contemp Co – Moon – It – Ee standards. I

I can’t believe someone this stupid and clueless, not to mention tone deaf, was ever a federal prosecutor.

Lightfoot had the statue of Columbus in Grant Park torn down at 3 AM this morning. I wonder if she’ll have Columbus Drive which is a main Loop artery that ends at Grant Park, renamed.

I’ve moved her firmly into the ‘Columbus was a mass murderer’ category of Leftwing lunatics.

That weirdo must have been looking in the mirror when she texted.

It is unbelievable what malignant morons are in high office in this country.

Soros should be hunted down and killed like bin Laden was.

She is not competent to take care of the city.

That’s right. She has no clue what she’s doing.

She “won’t allow dictatorship” because she doesn’t want the competition.

Chicago Mayor Lightfoot should setup a mirror next to her TV while watching the Cartoon Network prior to ever considering calling someone else a Cartoon Character.

“The local rocket landed on a field just outside the city, next door to the enormous field, still slightly radioactive, which was both the main spaceport of the planet and the former site of Old Chicago.”

Thanks, Bill. Now I need to dig into that box of old paperbacks and find the book. It’s in there somewhere among the other three dozen I have by RAH.
.