The case of Lee Fang 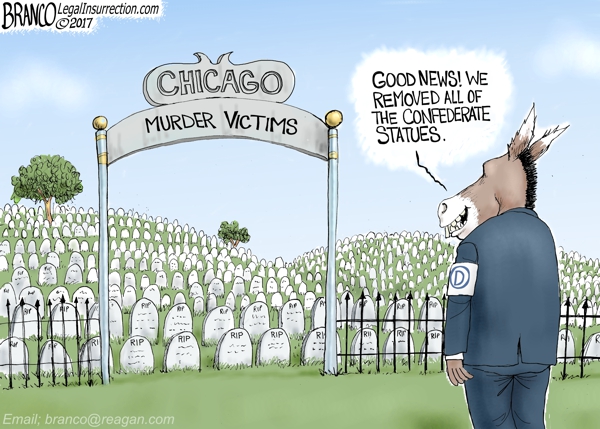 Yet Fang found himself denounced online as a racist, then hauled before H.R. His crime? During protests, he tweeted this interview with an African-American man named Maximum Fr, who described having two cousins murdered in the East Oakland neighborhood where he grew up. Saying his aunt is still not over those killings, Max asked:

That seems pretty straightforward, doesn’t it? Why would the left be angry with Fang for interviewing a black man whose family has suffered from crime at the hands of other black people? No one can deny that such violence occurs with unfortunate frequency and causes great harm in the US, and that the primary burden is borne by black people whose plight and suffering the left claims to care about a great deal.

But the left saw something quite different in Fang’s tweet. Many reacted as though Fang had transgressed in some terrible manner by discussing what seemed to be a forbidden topic. Taibbi describes it this way:

Shortly after, a co-worker of Fang’s, Akela Lacy, wrote, “Tired of being made to deal continually with my co-worker @lhfang continuing to push black on black crime narratives after being repeatedly asked not to. This isn’t about me and him, it’s about institutional racism and using free speech to couch anti-blackness. I am so f***ing tired.” She followed with, “Stop being racist Lee.”

The tweet received tens of thousands of likes and responses along the lines of, “Lee Fang has been like this for years, but the current moment only makes his anti-Blackness more glaring,” and “Lee Fang spouting racist bullshit it must be a day ending in day.” A significant number of Fang’s co-workers, nearly all white, as well as reporters from other major news organizations like the New York Times and MSNBC and political activists (one former Elizabeth Warren staffer tweeted, “Get him!”), issued likes and messages of support for the notion that Fang was a racist…

To save his career, Fang had to craft a public apology for “insensitivity to the lived experience of others.” According to one friend of his, it’s been communicated to Fang that his continued employment at The Intercept is contingent upon avoiding comments that may upset colleagues.

In another article I read – which I unfortunately can’t locate at the moment – there was an even fuller explanation of why discussion of black-on-black crime is considered racist by so many people on the left. First of all, because it’s an argument that the right sometimes uses, that automatically makes it racist in the left’s eyes whatever its merits, because they define the right as inherently racist. In addition, the left sees such crime as a result of systemic racism and/or capitalism at the hands of white people. So to even mention black-on-black crime without simultaneously blaming white people for it is considered racist by the left.

And what of Maximum Fr, whose family is outraged and grieving at what happened to their loved ones? His need to express his opinions and feelings seems unimportant to those criticizing Fang for quoting him. It’s the reporter Lee Fang, whose previous progressive credentials had seemed peerless (ThinkProgress, The Nation), whom the left blames for airing Maximum’s words.

Even the fact that Fang was quoting another person rather than making the statement himself is no excuse to the left, because such remarks must be censored no matter who utters them. The statements apparently inflame the tender sensibilities of Fang’s leftist colleagues. Fang has transgressed and must be made to apologize or he becomes an unperson. One never knows if such an apology will be enough, but apparently in this case it was.

Fang, of course, had a choice. After all, if he didn’t apologize, he wasn’t going to be executed or even sent to an actual Gulag – just a social one. If he hadn’t apologized, he almost certainly would have become persona non grata at every liberal media outlet in the US, and apparently he was not willing to do that. It’s understandable. A conservative outlet might have hired him, but my guess is that he felt unready to cast his lot with a group he probably still considers The Enemy. So he apologized and kept his job.

I know nothing of Fang except this anecdote and his previous credentials, so I don’t know what’s actually been going on in his head. But this is not just about Fang; this sort of situation and dilemma is being repeated many times across the nation. Sometimes, if the person being attacked is a true person of the left, the apology isn’t just pragmatic; it may be sincere. Like Winston Smith at the end of Nineteen Eighty-Four, and without even the need for torture and major re-education, perhaps some of those who are criticized are ready to sincerely admit the error of their ways. Some on the left manage to absorb new information and to integrate it into their pre-existing mental map of what’s acceptable and unacceptable, deciding that if so many others on the left declare them guilty of thoughtcrime, it must therefore be so.

What happened to Fang and the others is the enforcement of leftist ideological purity. Anyone truly moderate has already been purged from the group or never was part of it in the first place. Now we see the further refinement of what is acceptable and what is not, a narrowing-down of the list of allowable thoughts and statements, and the continuing shift further and further to a unitary doctrinaire far-left point of view.

I’m sorry but when I saw the headline on this piece, my first reaction was, “No sh** Sherlock!”

But it’s not so much about purity as it is about obedience, isn’t it? One MUST NOT contradict the narrative, especially as something as radical and counter-revolutionary as the truth.

Recently … over a period of days … I had a long discussion with a black BLM supporter and protestor. My takeaway was he didn’t want my help or support … what he wanted instead was my submission.

Once you came to that conclusion, I hope you told him to go fuck himself, nice and hard.

is driving blacks to be red pilled.

Blacks are talking about black on black murder and how Whitey Whitey DEM Leftists just DO NOT REALLY CARE about blackss at all.

Share this fact and article all around but especially with black Patriots.

Not coincidental that the meaning of Islam is submission.

I find Taibbi’s sudden revelation and hand-wringing regarding the Dhimmi-crats’ innate, long-standing and jackbooted totalitarianism to be a day late and a dollar short. Taibbi has been part of this crowd for a long time, so, he’s certainly had ample time, and, plenty of historical evidence, heretofore, to have come out against this behavior, and, its animating ethos. Now, all of a sudden, this stuff is bothering his conscience? Taibbi is yet another feckless moral coward and reprobate.

I agree. Taibbi Is not opposed to the goals of the Wokestapo; he is just opposed to possibly being their target. He is what he has always been: a sleazy mendacious Communist opportunist.

Some black lives don’t matter, obviously. Quite a few, actually.

But to the left, no lives matter: just the lefts’. It’s all about gaining power and looting the nation.

Ideological purity would imply that there was a consistent set of other deals being applied there is not there is just mass nihilism and ever evolving shibboleths and taboos.

Other deals = ideals. Voice recognition for ya.

Too much fun watching the regressive alt-left eat its own to have any sympathy for this guy. They seem to be their own worst enemy.

This is why the so called “conversation on race” will never happen. As soon as any mention of black violence is made the conversation will end. Black leftists are absolutely incapable of accepting any self responsibility for the crime in their community.

The truth is “racist”.