The Danes have now put mineral-rich Greenland top of its national security agenda. 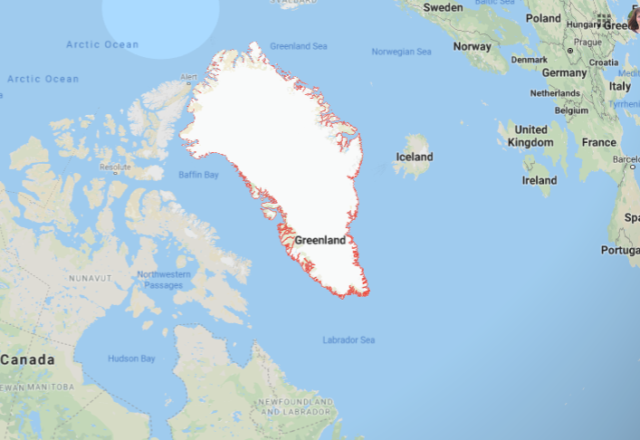 While not quite the outright purchase I had hoped for, Denmark has approved the opening of a new U.S. consulate in Greenland.

Denmark has approved the establishment of a U.S. consulate in Greenland, an autonomous part of Denmark, four months after rebuffing U.S. President Donald Trump’s idea of buying the island which stunned Copenhagen and caused a diplomatic spat.

A new consulate is part of a broader move by Washington to expand its diplomatic and commercial presence in Greenland and the Arctic.

“We continue, together with Greenland, the dialogue with the United States about development in the Arctic and the close cooperation on U.S. engagement in Greenland,” foreign minister Jeppe Kofod said in a statement.

There was a U.S. Consulate in Greenland from 1940-1953, initially established in response to Nazi Germany invading and occupying Denmark. The new consulate could be opened in 2020, though the plan still must be approved and funded by the U.S. Congress.

The intention is to hire at least seven staff members to occupy it—meaning there will be about one U.S. diplomatic employee for every 10,000 Greenlanders. It marks the first time in nearly 70 years that the United States will have a diplomatic presence in Greenland, the autonomously governed island within the Kingdom of Denmark.

Many, including senior Danish and Greenlandic officials, have welcomed the plan for a new U.S. diplomatic presence on the island.

“As close allies with many shared interests it is only natural that the US and the Kingdom of Denmark deepen our cooperation in light of these geopolitical developments. We welcome the increased US interest in the Arctic including in Greenland,” Danish Foreign Minister Jeppe Kofod said in a written statement to Foreign Policy. “I believe that a US consulate in Greenland can be instrumental in US collaboration with Greenland in areas within its competences, such as infrastructure, mineral resources, education, business and culture.”

Hopefully, the Democrats in the House of Representatives will take a break from their impeachment fever to approve and fund the new diplomatic outpost.

Perhaps Trump’s expressed interest in and concern about China’s attempt to gain a presence in that strategic Arctic location is the reason that Denmark has moved to make Greenland more of a security priority.

Denmark has for the first time put mineral-rich Greenland top of its national security agenda, ahead of terrorism and cybercrime.

The Defence Intelligence Service (FE) linked its change in priorities to US interest in Greenland, expressed in President Donald Trump’s desire to buy the vast Arctic territory.

Greenland is part of Denmark, but has significant autonomy, including freedom to sign major business deals.

China has mining deals with Greenland.

The FE’s head Lars Findsen said Greenland was now a top security issue for Denmark because a “power game is unfolding” between the US and other global powers in the Arctic.

And while Greenland still isn’t officially ours, the move is in a forward direction, and I will place it as another item in the Trump win column.

PDJT is not a man who speaks without having planned several steps ahead.

Greenland, or a good part of it, will become US territory.

Waiting for Justin Trudeau to sound the alarm bells that Canada is being surrounded by the US. Add to that …. Trudeau and friends are making Alberta feel like the 51st state may be a perfect fit. Then the game could begin as dominoes.

IF Alberta should go, Saskatchewan is quite likely to follow and Manitoba may join in.

…and welcome to them all, eh?

…and welcome to them all, eh?

The most visible Chinese mining joint venture in Greenland thus far has been the Kvanefjeld Project in southern Greenland, namely a planned uranium and REE (neodymium, dysprosium, and yttrium, among others) mine, overseen by Australia-based Greenland Minerals, in partnership with China’s Shenghe Resources, which specializes in REE extraction. In 2016, the two parties agreed to give the Chinese firm a 12.5 percent stake in the project. In August of last year, Greenland Minerals completed a memorandum of understanding with Shenghe, which would see the latter firm take the lead in the processing and marketing of material extracted from the Kvanefjeld site.

We don’t need Greenland to be “ours” so much as we need China not to get monopoly rights to the rare earth deposits in all top three mining areas for same, China, Africa, and Greenland. Many of the high tech toys developed in the last few decades need rare earth materials to work – especially the new battery tech.

It’s just a little embassy, 836,300 square miles or so, and we plan on putting in a few mines and oil wells to balance the purchase price. It’s going to be yuuge.

First, we take NUUK (Greenland capital); then we take Reykjavik!!!

If Greenland is “autonomous” then why do they have to get approval for anything from their Mama Denmark?