“you can’t talk about anything” 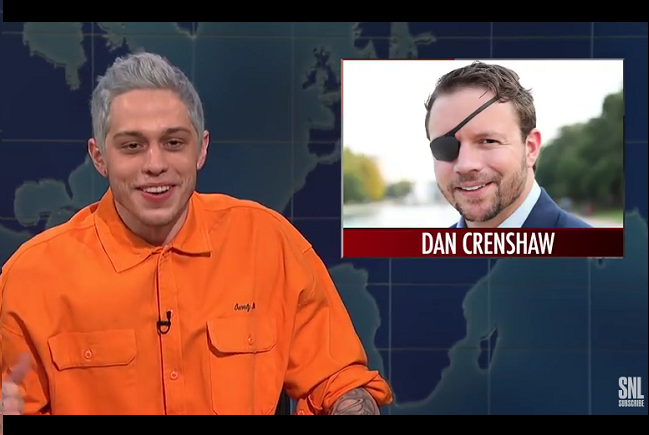 Davidson is joining the ranks of some other better known comics like Jerry Seinfeld and Chris Rock who also no longer play colleges.

Saturday Night Live comedian Pete Davidson says that he’ll stop performing shows on college campuses because “you can’t talk about anything” without students getting offended.

In an interview with Paper Magazine, Davidson said, “I refuse to do a college after this year ’cause it’s like you’re just setting yourself up for trouble. Comedy is just, like, getting destroyed. Stand-up’s about to be about, like, sneakers. Like, ‘Hey, everyone like sneakers?'”

“You can’t talk about anything. You can’t. The second you open your mouth and have an opinion, you lose money today. And I don’t think that’s a safe place to live in,” Davidson continued. He added, “When I’m doing standup and stuff, nothing I ever say is coming from a hateful place. And you can’t know what’s funny until you try it, you know?

Davidson came under fire in 2018 after making a joke on-air about Republican Congressman Dan Crenshaw’s eye patch, which he wears as a result of a war wound he suffered while fighting in Afghanistan. Crenshaw took the joke in stride, and Davidson later apologized with Crenshaw by his side.

However, Davidson told Paper that he’s never made a joke that he regrets.

“But anything I’ve ever said on stage or made a joke about, I don’t regret it,” the comedian said.

“I mean, some jokes I’m like, “Welp, that joke sucked.” You know? But I’m never like, “Aw f**k!” ‘Cause there are times I try things that I think are ridiculous and they work. And that’s what sucks about political correctness in comedy, I think that you need freedom.”

Joe Rogan harps on this situation a lot. He has a very insightful observation about the crafting of jokes. Like anything, you have to try, fail, refine & eventually succeed. His observation is that when you’re a comic, you have to fail in public. You can paint crap and nobody ever sees it. You can make a terrible bench, a lousy program, an ugly sweater and nobody but you has to see your failures. Stand up has to be done in public.

The woke left has eliminated the ability for comedians to hone their craft.

In 1985 a friend made the comment that “all humor is thinly veiled aggression towards women,” and the longer I live, the more that statement seems to be coming true for some people.

Genocidal kids must be humorless. Otherwise, they won’t do their handlers’ killing.

What a scary generation.

What a dark, humorless world it must be for the Woketards when the main purpose in life is to go to war against everything that offends them ostensibly seeking “justice”. Endlessly demanding attention from their “platforms” to voice their perpetual outrage. “Tear everything down NOW so we can replace it with…. Whatever! Shut up! We’ll figure that out later!”

If they think they are outraged now, imagine how it will be should they ever take power and start running up the “death by government” statistics. Who will decide who dies when justice is entrusted to mobs? I’ll be a lot of them will be surprised to find themselves saying “Help me God!”.