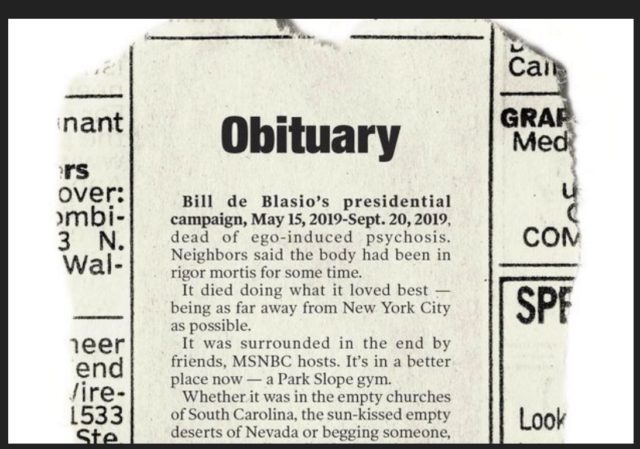 New York City Mayor Bill de Blasio had a presidential campaign that turned into a punch line almost from the moment it started.

There never was a reason for de Blasio to run for president, except perhaps to avoid having to work his day job.

The campaign was doomed from the start, as Tucker predicted:

de Blasio played to near empty rooms in Iowa and elsewhere, while staying as far away from New York City as he could for as long as he could. 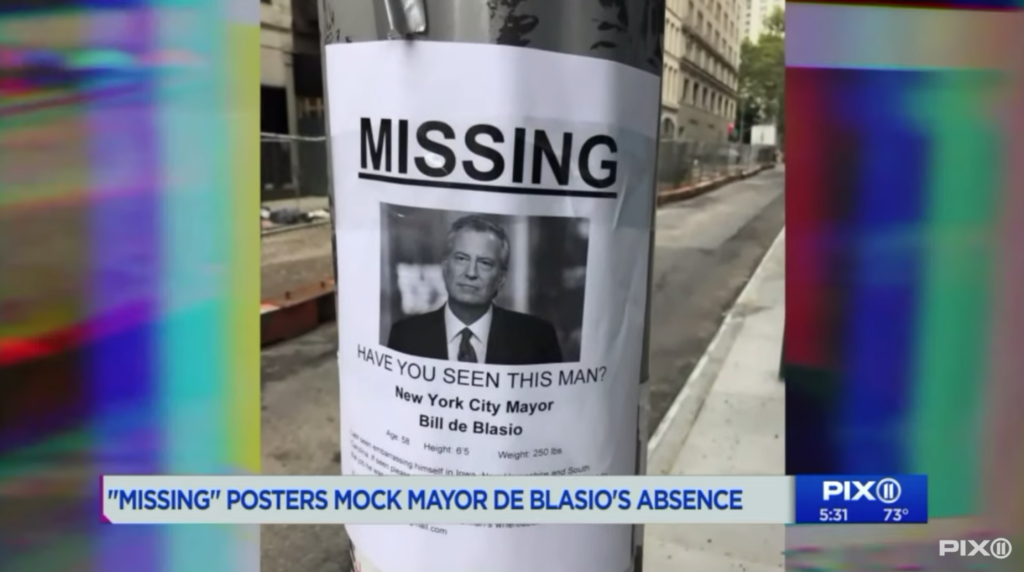 The most memorable campaign event was, ugh, his high-pitched voice in an online interview:

So when de Blasio ended his presidential campaign yesterday, the NY Post ran an obituary on its front page which pretty much said what everyone was thinking:

Bill de Blasio’s presidential campaign, May 15, 2019-Sept. 20, 2019, dead of ego-induced psychosis. Neighbors said the body had been in rigor mortis for some time.

It died doing what it loved best — being as far away from New York City as possible.

IT was surrounded in the end by friends, MSNBC hosts. It’s in a better place now — a Park Slope gym.

Whether it was in the empty churches of South Carolina, the sun-kissed empty deserts of Nevada or begging someone, anyone, to talk to de Blasio at the Iowa State Fair, the campaign always gave 100% — and always polled at 1%. “Can’t” was never part of its vocabulary. Neither was “won’t,” “please stop,” or “this is a dumb idea.”

The campaign is survived by hotel industry officials who expect favors from City Hall. And 8 million suffering New Yorkers.

In lieu of flowers, de Blasio asks for donations to his slush fund. 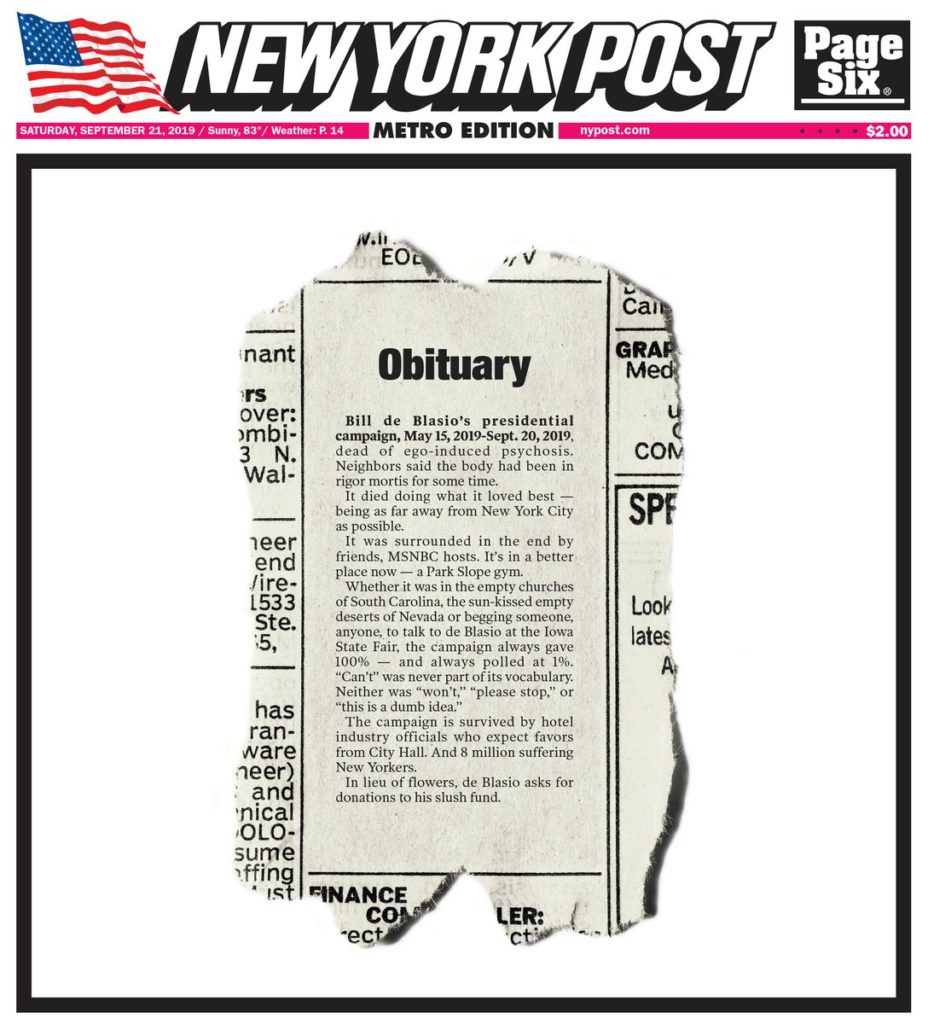 Was he sucking down helium during that talk?
I think he ran because in his mind, gosh darn it, he is smart enuff, tough enuff, and gosh darn it people don’t really like him, they just like the D next to his name. (I think the D stands for dumkopf.)

I’m assuming that the speech was pre-recorded and the video player (the little black box in the lower left side of the picture) was set to playback at something other than 1X speed. I’m guessing 1.5X. So that de Blasio’s voice sounded akin to a chipmunk. You can actually see someone opening a preferences pane in an attempt to fix the problem. But it doesn’t seem to have helped any.

Also, my apologies. I was meaning to click the “Reply” button but somehow managed to get the “thumbs down” thingy instead. And there doesn’t seem to be any way to remove it. Please disregard the “thumbs down”. 🙁

That’s what happens when you used a poor recording device such as a cell phone to record a TV broadcast, pkaced right next to the sound source, thereby creating a Doppler effect.

The good news for NYC is that they have a mayor back at work. The bad news is its a bizarrely selfish, incompetent oaf named di blasio.

Either way they city of New York is screwed.

When de Blasio was first elected mayor in 2013, some pundits explained away the election of a Marxist as being due to so many New Yorkers not bothering to vote. But then he was reelected in 2017, which requires that we ask just how many New Yorkers really do like Communism?

With 1.6 million on food stamps

Funny how the media isn’t reporting the back story. Actually, it’s very predictable.