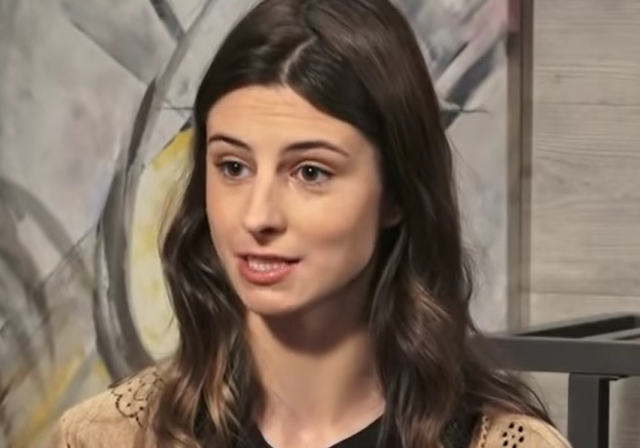 In a video by Canadian free speech activist and Wilfred Laurier University graduate student Lindsay Shepard, the activist announced she was been permanently banned from Twitter earlier this week.

The banning was the result of a Twitter exchange with a transgender woman and LGBTQ advocate named Jessica Yaniv in which the activist mocked Shepard for suffering from a uterine condition known as septate uterus. In a tweet Shepard later deleted, she replied:

“at least I have a uterus  you ugly fat man.”

The suspension comes after a jousting match with a notorious trans woman named JY who has been accused of predatory behavior toward children and making frivolous human rights complaints.

The Post Millennial reached out to Shepherd who said, “I got suspended for two tweets (although they didn’t tell me exactly which tweets were the problem so I am giving my best guess).”

Shepherd, who is also a columnist for The Post Millennial, told us that she is concerned about her inability to respond to mistruths now that she is banned from the platform. “Well, I am most concerned about the lies that can now be spread that I cannot counteract via Twitter. For instance, I saw an account tweeted that I have ‘sock puppet’ accounts. No, I do not have any accounts other than @NewWorldHominin. But I can’t correct that misinformation anymore.”

Mrs. Shepard first came to international prominence in late 2017 when she released a recording of being interrogated by staff at Wilfred Laurier University following a class in which she presented a Jorden Peterson clip in contrast with a pro-Transgender video as part of a class exercise.

For this, she was threatened with having violated Canadian human rights law for having presented a video of Professor Peterson whom the staff compared to being as bad as “Hitler or Milo Yiannopolis”.

The following June, Shepard filed a $3.6million lawsuit against Wilfred Laurier which was followed up by a subsequent defamation suit by Professor Peterson.

Lindsay Shepard is by no means a controversial voice in the free speech debate. Though she was accused of spreading trans-phobic material in the classroom, she’s otherwise a left-leaning centrist who supports vegetarianism.

In contrast to Lindsay’s tweets, Black Lives Matter activist Shaun King sent out a series of now-deleted violent tweets this past weekend in response to the attempted bombing of an ICE detention center in Tacoma Washington which he deleted and suffered no penalty from twitter for:

Van Spronsen just became the first martyr attempting to liberate imprisoned refugees from a for-profit detention center in Tacoma, Washington,” King tweeted. “His hero was John Brown -the white abolitionist who led the raid on Harpers Ferry in 1859. This is what our country has come to.

This is where Van Spronsen was murdered this weekend. His actions will be called terrorism, and people will call him crazy, but neither are true. His mind was very clear. He is now ‘arm in arm with John Brown.’ These camps must be shut down.

While Twitter has banned controversial voices like Alex Jones, Milo Yiannopolis, and Gavin Mcinnes in the past, permanently banning Shepard is evidence that they’re starting to go after less controversial voices as well and that they’ll look for any excuse to ban effective advocates of ideas like free speech.

So now they are going after people who are effectively no bodies??

notamemberofanyorganizedpolicital in reply to mailman. | July 18, 2019 at 5:40 pm

Facists always do that.

That’s not even the worst that the Canadian government is doing.

“Chrystia Freeland, tried to block me from attending a press conference at her Defend Media Freedom Conference in the UK…” – Sheila Gunn Reid of Jewish owned Rebel Media

“Freeland implied the Jewish owned and operated media company I work for is somehow sympathetic to white supremacy.

Today, I’ll tell you why Freeland should be careful when tossing around such irresponsible, dangerous and untrue rhetoric in light of her own family history of Nazi collaboration. Her grandfather ran a Nazi propaganda newspaper in Ukraine. Freeland’s gramps eventually fled to Vienna to avoid capture by the Russians and continued publishing his hateful fish wrap in Austria before landing in Canada — instead of Nuremberg — after the war.

I’ll also tell you about Freeland’s secret meetings with the Islamic supremacist foreign minister of Pakistan at her London free speech conference — a man whose government sentenced a Christian woman to death for insulting Islam.”

Video of that event.

Funny/not funny, but today twitter locked my account, it said I had violated rules. What I think triggered it was posting Anthony Branco’s latest cartoon, the one that is right here.

I shared it about six times and then I was locked out. They said it was temporary, but I don’t know if I can re activate it.

They are making it very obvious now.

Gab is still around.

Another counter-example to the old canard that Canadians are “kinder, gentler Americans.”

I cordially invite all and sundry to witness this trainwreck, as documented in 500+ pages of autistic detail here:
https://kiwifarms.net/threads/jonathan-yaniv-jessica-yaniv-trustednerd-trustednerd-com-jy-knows-it-jy-british-columbia.49790/

Wear a helmet and pads, it’s a rough joint, but it’s an honest one.

Are you having trouble adjusting to the brave new world of transgenderism? Do you find yourself confused when reading news reports and opinion columns regarding transgendered individuals? Are you constantly exclaiming, “What the hell did I just read?”

Well, allow me to give you a very simple way to make sense of all the nonsense; The Transdisgronifier Technique™! Used entirely inside one’s own head this method makes any byline completely trans-parent and,
don’t you want to know how it works?!

Simply replace the word “transgendered” with the word “fake.”

Spat With Transgender Woman?
No, no… Spat With Fake Woman!

What’s the status of the lawsuit against Wilfred Laurier University?

I permanently banned myself from Twitter the day it was implemented.

All that will be left on twitter will be the twitts.

All of this falls under the guise of how to effectively create an echo chamber.

It is too bad that conservatives don’t abandon Twitter totally. At the rate it is going they will not allow anything other than pap and “woke” drivel. I guess the idea of what @jack would do if there was wholesale drop out – including Trump isn’t likely

Entrepreneurs out there: wanna become a billionare?