“Congress needs to ‘take the blinders off’ and see the ‘great salaries, wages, and benefits’ available to young people who can learn a trade that does not require a college degree.” 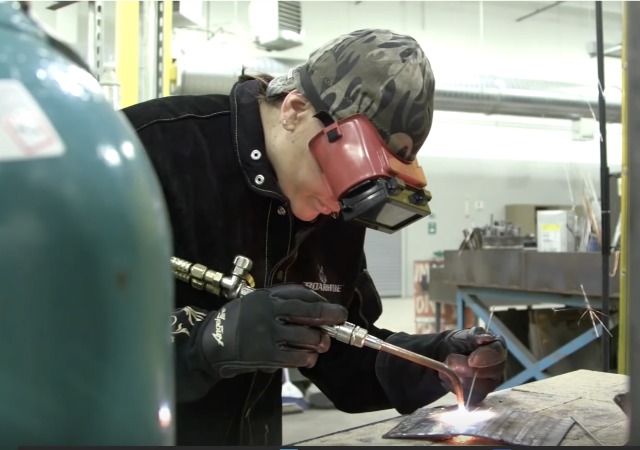 The House of Representatives passed the 529 OPTIONS Act on Thursday, 417-3.

The media has concentrated on parts of the bill that helps people with retirement plans, but I believe the portion that allows people to use 529 savings on training and apprenticeships deserves more attention.

Luckily The Washington Free Beacon zoned in on this portion. Before this bill, families could only use 529 savings for college (emphasis mine):

The 529 reform has since been rolled into the SECURE Act, a bill aimed at shoring up multi-employer pension plans by easing access for small employers. It would allow 529 accounts to be used to pay for registered apprenticeship programs, as well as the materials, including books and equipment, necessary for the job. Offsetting these costs would help young people to enter the workforce with adequate training without the barriers and debt that have saddled recent generations. Norcross said policymakers should support all kids equally, not just the college-bound.

“It sends the wrong message to youth and our families, since education should never be ‘one-size-fits-all,’” he said. “We need electricians and computer programmers, just like we need doctors and judges—and this bill levels the playing field for the students and future workers who start out in apprenticeships.”

Rep. Kelly told the Washington Free Beacon that lawmakers have “oversold the idea that a four-year college is the only way to get ahead.” Young Americans have taken out more than $1.5 trillion in student loans and default rates dwarf those the mortgage crisis that triggered the Great Recession in 2007. That problem has emerged in the midst of an ever-widening skills gap in the trades. Kelly spent his career in the automobile business and witnessed the high degrees of training necessary in the workforce. Congress needs to “take the blinders off” and see the “great salaries, wages, and benefits” available to young people who can learn a trade that does not require a college degree. Rather than pushing students into college to enjoy the benefits of 529 funds, lawmakers should encourage “family sustaining, community building occupations.”

“We used to call these guys grease monkeys, but they are highly-trained electronic technicians,” he said. “We should show [young people] that not only can they go to college, but there are other opportunities out there that don’t require a tax or debt burden.”

Mike’s QT on Thursday noted that major colleges have seen a decrease in enrollment.

Back in 2017, I blogged about how these industries have a shortage of workers. Bachelor’s degrees have saturated this country, which has made them almost useless. More and more people enter graduate school because of this, but even then, a person cannot receive a guarantee to land their dream job.

Pushing four-year colleges means society lacks a field of workers in areas we all need to keep our daily life going. Dirty Jobs host Mike Rowe has pushed for people to embrace trade schools. He has a scholarship program for people who want to learn a trade because those job markets have a demand like carpentry, construction, plumbing, etc.

Research has shown that parents and high school students don’t understand the value in these jobs that range from welding to nursing:

The United States has 30 million jobs that pay an average of $55,000 per year and don’t require a bachelor’s degree, according to the Georgetown center. People with career and technical educations are actually slightly more likely to be employed than their counterparts with academic credentials, the U.S. Department of Education reports, and significantly more likely to be working in their fields of study.

PBS interviewed Fernando Esparza, a mechanic for Evolution Fresh, as he takes “a class in industrial computing taught by a community college at a local manufacturing plant in the hope it will bump up his wages.” That plant is California Steel Industries, where “some supervisors without college degrees make as much as $120,000 a year.” The company said that electricians could make money into the six figures as well.

Two generations of Americans failed to thrive because of their blindness.

I’m confused. You are aware that participants in REGISTERED APPRENTICESHIP program are paid, by the private sector sponsor of that program, to attend it, right? Most states also waive all tuition fees at technical schools, for courses related to the trade for which the person is apprenticing. The participant is only required to provide certain tools, books and materials necessary for the course.

Registered apprenticeship programs are NOT technical schools. While technical schools are often used for training in technical aspects of the trade one is apprenticing for, one can not simply enroll in a technical school or program and use 529 savings to take courses. One had to apply to the program and be accepted by one of the sponsors of that program who then employs them and pays them a salary while they learn the trade. Registered apprenticeship programs are a collusion between the public and private sector to train tradesmen and are heavily regulated under state law.

“Registered apprenticeship programs are a collusion between the public and private sector ….”

Do you really mean a collusion? Most people see that word and think secretive, misleading, illegal.

And the rules may differ by state. But, by including more options at this point may also encourage more parents to establish 529s for their children.

There are schools which are focused on beginning trades, giving instruction to enhance any who are looking to go the trades route, learning welding, mechanics, machining, carpentry, which is prior to being hired to a trade where you have the apprenticeship programs.

What you are talking is Union type education programs, which are usually well run, but frequently lack training which would assist in a broader knowledge of things which assist peripherally to the trade. Add to that, when hiring is done, most times it is through companies which have an allotment of slots they can use to hire new employees who go into the unions.

Having basic knowledge gets the foot in the door far easier than just being “handy”. I joined the elevator union through such a hire, having had a background in electrical engineering but not enjoying the design aspects as much as working with my hands. I had done welding, plumbing for a short stint (till I got tired of smelling like human waste from some of that work), electrical for a shipyard. My union training was specific to the elevator trade, and was very good, but it didn’t cover a large array of things which trade schools would cover. Not once did the union do anything with welding or burning, even though during construction it was a heavy part of the work for periods of time. And most those I worked with, including mechanics, were not very good at it, passing the jobs on to the one on the site who was decent at it.

This also applies to those who join non-union jobs, which are becoming more prevalent than you would think. Those jobs do not have apprentice programs as such. It is all on the job training, which is spotty. There are also jobs in manufacturing which rely on these skills which don’t have the wide spectrum and typically train in specific skills to a particular job.

Tools are very expensive, as are books.
It’s a good bill, a good step

The problem with tools for new workers, is that the millenials are so irresponsible, they’ll start losing them. Wait till they have to pay to replace them.

They won’t, and they’ll be back in the basement.

Don’t worry. I’m sure they’ll get off your lawn.

It’s high time we got over this college fad. I would like to see real preparation to enter the work force available in high school, complete with training and encouragement to think in terms of becoming an eventual business owner.

By eighth grade, every student should be able to read, write, and do enough math to handle bookkeeping and calculate compound interest. They should also be able to look up any subject on a computer, and use the information, be it to repair something, identify a plant, or find out their representative’s name.

“No, not training, apprenticeships! – Americans will be employable and the US will start making things!”