Over 100 Congressional Democrats Vote To Lower Voting Age to 16

Over 100 Congressional Democrats Vote To Lower Voting Age to 16

The amendment failed. This time. 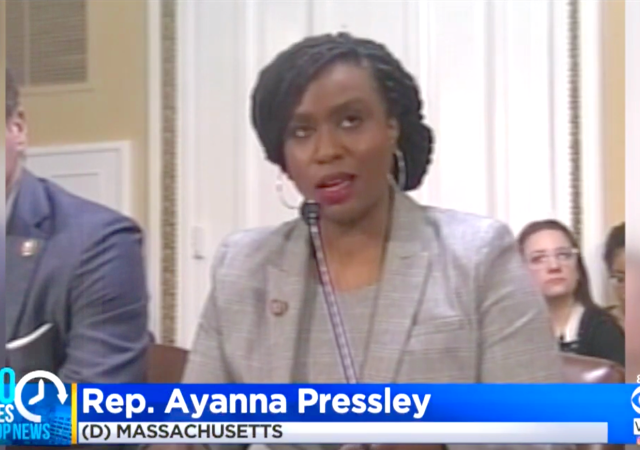 The left has an historical ability to appeal to the young. Given that polls and studies show that the majority of people outgrow their wide-eyed, ill-conceived leftist idealism, the left is ramping up its attempts to sell its shiny, empty promises to our nation’s youth.

In keeping with their decades-long attempts to shore up a permanent Democrat majority, the House voted Thursday on a measure to lower the voting age to 16.

The amendment to HR1, introduced by freshman Rep. Ayanna Pressley (D-MA), was rejected, but 125 Democrats—and one Republican, Rep. Michael Burgess (TX)—voted for it.

In making her case for her proposed amendment, Pressley argued that high school students are leading the charge on gun control and therefore deserve the right to vote.

In presenting her amendment at House Rules to lower the voting age to 16, freshman Rep. Ayanna S. Pressley argued that high schoolers have taken a leading role in pressing for new gun control laws and deserve greater participation in their democracy.

“They are organizing, mobilizing and calling us to action,” the Massachusetts Democrat told the panel Tuesday.

From gun violence, to immigration reform, to climate change, to the future of work – our young people are organizing, mobilizing & calling us to action.

They have earned inclusion in our democracy. #ForThePeople #16toVote pic.twitter.com/EUsRSufdbi

Republicans, excluding Burgess, saw this as a move to try to garner more Democrat votes.

Republicans disagreed and said Democrats were really trying to create more people who are likely to vote for Democrats.

“I’m of the opinion that we shouldn’t arbitrarily lower the voting age just because right now, I believe Democrats think they’ll gain more votes,” said Rep. Rodney Davis, R-Ill. “I believe it will institutionalize a Democrat majority here in this House of Representatives.”

Rep. Mark Green, R-Tenn., said on the floor about Pressley’s language, “I think this is foolish.”

Republicans also argued the Constitution effectively sets a minimum voting age of 18, by saying the rights of people that age and older can’t be denied. That language, found in the 26th Amendment, doesn’t prohibit Congress from setting a lower voting age.

While this measure failed, HR1 passed along party lines Friday morning, 234-193.  This bill aims to limit money in politics and force presidents to release their tax returns. Senate Majority Leader Mitch McConnell (R-KY), who called the enormous voting rights and election reform bill “a parade of horrible,” said Thursday that he will not be bringing the bill to the Senate floor.

Senate Majority Leader Mitch McConnell held a press conference Thursday to step up his attacks against HR1, the massive election reform bill currently being debated in the House, as a “turkey” and a “parade of horrible,” warning Democrats that supporting the bill will help Republicans win in 2020.

McConnell was defiant when asked why he wouldn’t bring HR1 to the Senate floor. “Because I get to decide what we vote on,” was his response.

-An end to gerrymandering

-Election Day as a federal holiday

This is the greatest victory for democracy in generations. pic.twitter.com/I6vXhzFrfq

Apparently, Democrats recognize that their socialist agenda, including the ill-advised Green New Deal, won’t win over many adult voters, so we can expect further attempts to lower the voting age, among other problematic proposals.

Raise the voting age to 30.

notamemberofanyorganizedpolicital in reply to thalesofmiletus. | March 8, 2019 at 4:27 pm

Raise it to the same age required to run for president – 36 I think that is.

16 year old, brainwashed weenies voting is a train load of manure and un-Democratic politicians know that.

Maybe not that, but, make voting dependent on whther one is a net tax contributor or net tax taker. We;lfare? No vote.

TY, I have had similar thoughts, admittedly magical thinking, but still…

Net tax-paying males without felonies over 30, voting in proportion to the amount of tax they pay.

so us disabled vets living on VA payment (per contracts we signed…) don’t get to vote?
think before you type.

I guess I didn’t make that clear. Everyone should get one vote. The people who are actually going to pay for government should have more say in how that money that they pay gets spent.

So, as long as we are being creative, I think Veterans should get extra votes, how about one per year of service? Something like that.

Or we could go back to the beginning, when it was limited to property-owning males.

Which is exactly what was considered as part of “the pursuit of happiness”. Land/property ownership was far easier to obtain in colonial America than England. Too many people have no “skin in the game” such as paying no taxes. We already let functional two year olds into Congress.

I wonder if they realize that this bill –theoretically– would enlarge the group of lawful voters who are denied the ability to purchase or possess a handgun. These voters might just decide to vote for legislators who will pass a law to allow that. Or maybe in legal actions attacking such laws it will tip the balance when an even larger group of disenfranchised citizens denied their constitutional right to keep and bear arms can be shown. (Now its just the 18 to 21-year olds.)

Weren’t we all fonts of knowledge, contemplation and self-restraint at 16?

But why stop at 16? Include middle school students, too. Go for it.

Good grief. These democrats are too stupid to breath…

notamemberofanyorganizedpolicital in reply to locomotivebreath1901. | March 8, 2019 at 4:29 pm

Allow unborn fetuses and the just born babies to vote and Democrats will trample each other to pass voting rights for them – just ending PP and abortion mills!

alaskabob in reply to notamemberofanyorganizedpolicital. | March 8, 2019 at 4:38 pm

Have parents designate the party of choice for the baby… to be revisited after childhood… age 27. Baby can vote using parent proxy. Good bye abortions.

Did anyone explain to the (D)olts that the vote would neither change nor repeal the XXVI amendment?

When the (D) party gets back full power, and it will, America is screwed.

That’s probably when the hot civil war starts. The Dems will be so giddy with power they will be unable to constrain themselves from going full Bolshevik.

we really need to solidify the age of adulthood.
presently can vote, serve in military (can sign up at 17 as long as entry date after 18 bday)at age of 18.
buy beer at age 21.
in this state buy cigarettes ate age 21.
in this and other states rent a car at age 25. let me tell you, when 19 and just had operation in germany and came home on leave to heal then getting stuck in jfk this item really sucks, had friends drive from CT to drive me from jfk to newark to get flight home…
solidify the age of adulthood.
18.
simple.

Go full Robert Heinlein….military service guarantees full citizenship. Only citizens (and not “civilians”) can vote. If we had to come out of a major internal conflict with the Bolshevik Left, Heinlein’s views would be worth looking at…just as they are now in branches such as Marines.

Citizenship is being cheapened solely for power grabs.

Stupid has nothing to do with at – at least not on the part of the left. The stupidity lies on the right of center: think boehner, ryan, mcconnell, mccain, krystol, romney and the like.

And if you really wanted to capture that 16-year-old vote, what would you support: free high-end cellphones for all, with a fat data package?

The disconnect is trying to lower the voting age even as the apparent age boundary when most Americans transition from an extended adolescence to adulthood continues to increase.

Lower the voting age but raise the age for purchasing a firearm? The goal is clear.

Gotta get the 16 yr olds while they still know everything.

Don’t forget eric “the contemptible” holder wants the next democratic majorities to raise the SC number another 5 judges to pack more fascists voting to enslave America.

Democrats are fascists, start calling them what they are and quit sugar coating the overthrowing of our government by calling them anything else.

Democrats are getting pretty desperate if they want to lower the voting age to 16. I suppose that when they lose, as Hillary blamed women Republican voters on their husbands, the Democrats will blame Parents on influencing their children.

Democrats are getting pretty desperate if they want to lower the voting age to 16. I suppose that when they lose, as Hillary blamed women Republican voters on their husbands, the Democrats will blame Parents on influencing their children.

Only non-criminal, adult, US citizens should have a vote. The government defines childhood up to 26 years of age for social security benefits so the minimum voting age should be 27.