Harry Potter movies, Marvel Superhero movies, and Disney animated movies are the movies that are most discussed and viewed by contemporary audiences. 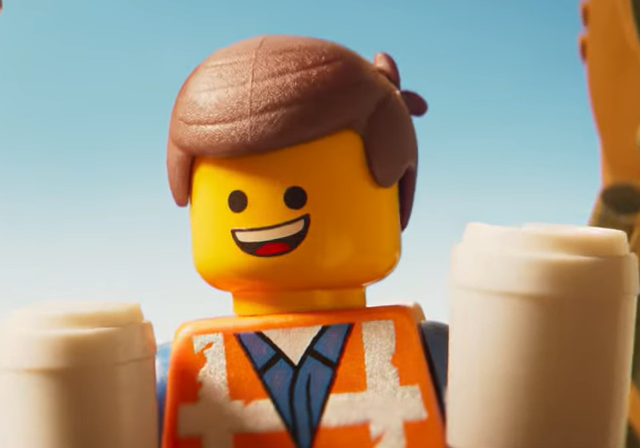 Last weekend I saw the long-awaited sequel to The LEGO Movie. In spite of a gratuitous cameo by a LEGO Ruth Bader Ginsberg late in the movie, I quite enjoyed it. In my review for Geeks Under Grace I talked about how the film as a whole was continuing the franchise’s exploration of maturity and expanding on it in interesting ways.

It’s an idea that the three best films in the franchise have spoofed on different levels: for example, The LEGO Batman Movie played with culture’s idea of Batman as a character by reframing him as a petulant child in need of responsibility and emotional connection.

The Superficiality of Adulthood

Progressive critics like Bob Chipman of The Escapist and FilmCritHulk of Observer Arts have opined on the fine dichotomy between our cultural idea of what being mature actually is and the superficial artifice people tend to glom onto as the idea of adulthood. Beyond that point, there’s something fundamentally honest about being adults and letting ourselves enjoy childish things like cartoons and toys earnestly as opposed to taking toys and making them gritty and serious.

The LEGO Movie 2 cleverly creates a literal avatar of this divide of adulthood and emotional maturity with its division between the characters of Emmet and Rex.  Spoilers to follow.

Emmet is the ceaselessly optimistic, naïve, and driven hero who’s largely been unaffected by the rapid change his world has undergone, which includes the devolution into a Mad Max: Fury Road-style wasteland. Rex, however, is voiced by Chris Pratt and is a spoof of every recent film that Pratt has starred in, including Guardians of the Galaxy, The Magnificent Seven, and Jurassic World. He’s a send-up of the stylish charismatic rogue inflated to a ridiculous degree.

In the story, Rex turns out to be the villain. His demeanor and attitude are a result of years of seclusion and abandonment, and his mission is to see that the world that abandoned him is destroyed. The story is ultimately about Emmet learning to reject Rex and understanding that he doesn’t need to be superficially cool to do the right thing.

As I thought further on the concepts woven through the film, something gnawed at me. I’m not usually one to opine on the infantilization of culture, but my reaction to the animated movie had me quietly stewing in a way I hadn’t recently. My thoughts crystallized when I sat down to watch His Girl Friday for the first time in its entirety. As the movie wrapped up the thought hit me: Mainstream films are not made for adults anymore.

I’ve been frustrated with my generation’s obsession with hyperkinetic family films recently, but seeing the classic comedy in full for the first time really set the gulf between older films and recent films in context.

It goes back to something I was saying last month in my article on Millennial Attention Spans. Millennials only engage with material that’s marketed for teenagers and children. Harry Potter movies, Marvel Superhero movies, and Disney animated movies are the movies that are most discussed and viewed by contemporary audiences. A cursory glimpse of the amateur YouTube film criticism circuit reveals a culture ensnared by a love for contemporary pop-filmmaking that hardly ever grapples with more difficult materials.

The few arthouse/independent directors millennials tend to like are comedies like the kind that Edgar Wright makes ( Baby Driver or Scott Pilgrim vs. The World). There is nothing wrong with these movies, but they are movies that get elevated at the expense of other smaller and more deliberately paced films that young people should be watching.

The movement to try and understand maturity in a more nuanced way is understandable, but by breaking down the wall between adulthood and childhood, it’s destroyed the expectation of responsibility. It’s contributing to a culture where people don’t need to wrestle with themselves, grow and metaphorically put their toys away to be a proper adult. Instead, it’s helping contribute to the very real epidemic of extended adolescence that’s consumed my generation.

The split between childish things and adult things may be arbitrary and dishonest at times, but it’s culture that literally separates the boys from the men. It’s culture that creates an inaccessible gap between art that was once intended entirely for adults and the entertainment of today. We’re at the point culturally where enthralling entertainment like John Wayne films are seen as tedious, serious, and dull by young persons. Despite it being a career/genre defining film, I can personally attest that my first ever screening of The Searchers was a tedious bore.

The cost of our culture that’s embraced its inner child and embraced big family movies as the film of the moment is a culture that’s losing the ability to grapple with difficult entertainment that our grandparents would have found enthralling.

It’s a very serious gap that makes the great works of the past seem farther away and less relevant than ever at a time when western culture is in desperate need to wrestle with its own origins and history.

There’s nothing wrong with enjoying family entertainment like The LEGO Movie 2 which I enjoyed a lot myself. There is however danger in letting your diet for arts and entertainment consist entirely of children’s movies.

You make a very good point. No wonder I’ve dropped out of watching modern movies. The Marvel Universe annoys me, and Star Wars has gotten to where it’s preachiness bores me to tears.

Movies are no longer made for adults. You’re absolutely right.

Huge star wars fan here. Upon re-reading some of the observations of those more astute than I am, it is clear that they have forever ruined the legacy of the big characters.

Luke, Leia, and Han deserved much better. Chewy is the only one they haven’t ruined, but I’m sure they will do something stupid like announce he’s transgender in a super awkward way since wookies are against wearing clothes.

They completely forgot to care about important tenets of the lore and took some good seed ideas in the VII that were absolutely trashed in VIII.

I suspect he will come out as a furry.

Nowadays, the best movies are usually animated movies.
Or at least that’s the impression I’ve got.

“Harry Potter movies, Marvel Superhero movies, and Disney animated movies are the movies that are most discussed and viewed by contemporary audiences.”

Usually those movies are less preachy and I can take my 8 year old son to see them. If I want a good movie I watch old movies. If I want a masterpiece I watch “Seven Samurai”

I saw this Lego movie (as well as the last one with Batman) with my kids. Frankly, all the noise and the frenetic pace of the movie really irritated me. I understand it’s a kids’ movie, but still….

Other children’s classics rarely if ever suffered from this: Snow White and the other older Disney full-length animations; 20,000 Leagues Under the Sea; Mysterious Island; Swiss Family Robinson…I could go on, but you get the idea. Completely different from the freneticism exhibited in modern movies.

Maybe kids today are jaded. Maybe they wouldn’t “get” films that didn’t use fast-paced action as a substitute for plot development. Maybe they don’t get stories in general because they’ve never read the classics, or never had bedtime stories read to them on a regular basis. Maybe they just prefer schlock. Maybe I’m out of touch.

Whatever the case, I don’t think it bodes well for our culture (such as it is) in the long run.