“He has spoken on my behalf without my approval. He filed a defamation case against Donald Trump against my wishes. He repeatedly refused to tell me how my legal defense fund was being spent.”

Michael Avenatti has a woman problem again. No, not Julie Swetnick. No, not the woman in L.A. who accuses Avenatti of domestic violence.

Instead, it’s the woman who made Avenatti a household name: Stormy Daniels aka Stephanie Clifford.

You may recall that a court threw out Stormy’s defamation claim against Trump, and granted Trump statutory SLAPP fees and costs subject to determination of amount. We covered it all in Trump asks Court to SLAPP Stormy Daniels with $341,559.50 in legal fees plus sanctions.

At the end of that post, I noted that Avenatti’s own conduct was made an issue in Trump’s papers, and that created a potential conflict. I asked:

That presents a number of problems, not the least of which is that Avenatti arguably has a conflict of interest as to representation.

So will Stormy turn on Avenatti?

If so, she may have to get in line.

Michael Avenatti sued Donald Trump for defaming Stormy Daniels against her wishes, Daniels told The Daily Beast in a statement on Wednesday.

Avenatti also started a new fundraising site to raise money for her legal defense fund without telling her, Daniels said. She said she is not sure whether or not she will keep Avenatti on as her lawyer.

Here is her full statement, provided to The Daily Beast:

“For months I’ve asked Michael Avenatti to give me accounting information about the fund my supporters so generously donated to for my safety and legal defense. He has repeatedly ignored those requests. Days ago I demanded again, repeatedly, that he tell me how the money was being spent and how much was left. Instead of answering me, without my permission or even my knowledge Michael launched another crowdfunding campaign to raise money on my behalf. I learned about it on Twitter.

“I haven’t decided yet what to do about legal representation moving forward. Michael has been a great advocate in many ways. I’m tremendously grateful to him for aggressively representing me in my fight to regain my voice. But in other ways Michael has not treated me with the respect and deference an attorney should show to a client. He has spoken on my behalf without my approval. He filed a defamation case against Donald Trump against my wishes. He repeatedly refused to tell me how my legal defense fund was being spent. Now he has launched a new crowdfunding campaign using my face and name without my permission and attributing words to me that I never wrote or said. I’m deeply grateful to my supporters and they deserve to know their money is being spent responsibly. I don’t want to hurt Michael, but it’s time to set the record straight. The truth has always been my greatest ally.

“My goal is the same as it has always been—to stand up for myself and take back my voice after being bullied and intimidated by President Trump and his minions. One way or another I’m going to continue in that fight, and I want everyone who has stood by me to know how profoundly grateful I am for their support.”

“I am and have always been Stormy’s biggest champion. I have personally sacrificed an enormous amount of money, time and energy toward assisting her because I believe in her. I have always been an open book with Stormy as to all aspects of her cases and she knows that. You need only look back at her numerous prior interviews where she states we talk and communicate multiple times every day about her cases.

The retention agreement Stormy signed back in February provided that she would pay me $100.00 and that any and all other monies raised via a legal fund would go toward my legal fees and costs,” Avenatti went on. “Instead, the vast majority of the money raised has gone toward her security expenses and similar other expenses. The most recent campaign was simply a refresh of the prior campaign, designed to help defray some of Stormy’s expenses.”

This definitely falls into the “laughing my ass off” category.

Still waiting for this shoe to drop: 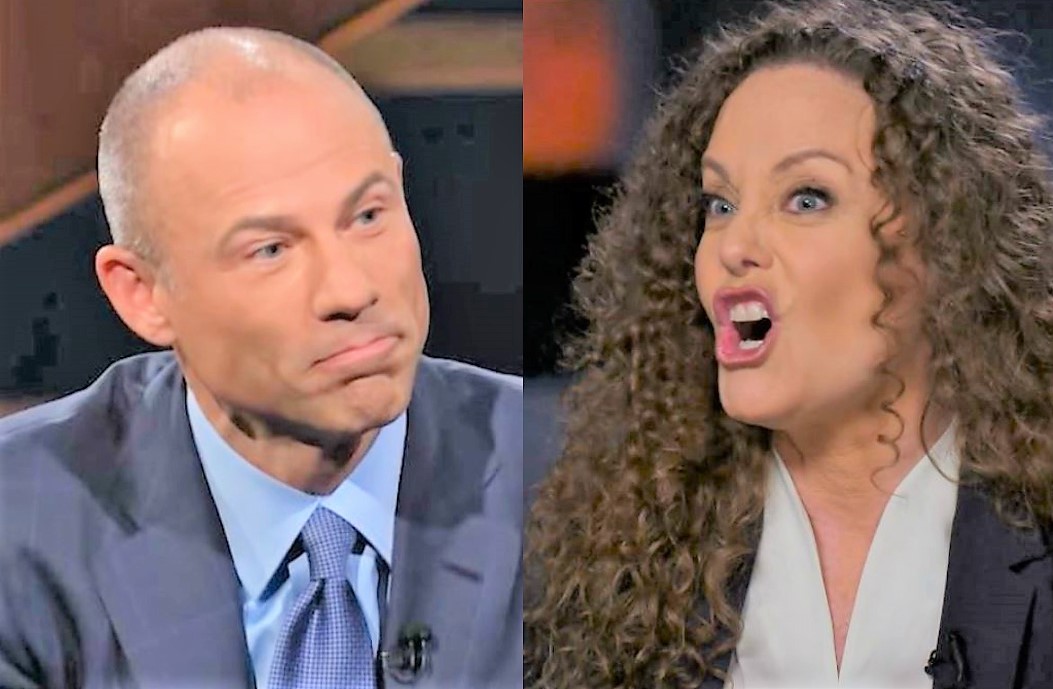 How long before CPL throws Stormy under the bus?

This only shows the importance of not only hiring a lawyer when/before you’re in legal trouble, but hiring a *good* one. I don’t have a list of good lawyers I’d trust with my life and career, but my list of lawyers I’d never hire include Avenatti and Larry Klayman.

My whole life I have been joined at the hip to more lawyers that I can count. Most are reputable, many are pretty greedy, but otherwise OK. But some are real scum, and Avenatti sure looks like he is such.

There are two very serious claims that Clifford has made impinging on legal ethics….

1. that Avenatti filed ANYTHING without her knowledge (lawyers commonly file incidental pleadings without going into detail about what they are doing and asking permission of their clients; they DO NOT file a lawsuit without explicit permission)

2. that Avenatti failed to provide an accounting when requested; this is basic fiduciary duty and is one of the things that will quickly lift your ticket.

His IONA account alone should be enough to disbar him quickly….but nooooo.

You MAY want to allow the process to unfold.

Instant gratification is not part of the law.

Avenatti has the California Bar’s Gloria Allred Get Out Jail Free card. Didn’t they just clear him on other charges?

Which would sorta indicate that whatever he was cleared over was bullshit. I mean, think about it…

Because the California bar says he is innocent? That’s like a hit man saying the charges against him are bullshit because the mafia says he didn’t do it.

Rags, Unless I am mistaken, if she doesn’t actually makes it an official complaint, it’s just a bunch of tabloid level talk, right?

Sorta. I don’t know the rules for the Kuhlifornia bar as pertains to an ethics complaint. Certainly Clifford WOULD be one party that could raise a formal complaint. She may not be the only one.

But there are other sharks in the ocean, and if some of them smell blood in the water, an ethics complaint might be the least of Avenatti’s worries. He could be sued successfully if what she said is true.

Finally, there’s just plain old business reputation. I sure would not want anyone very publicly making these allegations about me.

Rags: “. I sure would not want anyone very publicly making these allegations about me.”

Unbelievable. You do that here to random strangers almost every single day.

That’s just another of your myriad lies.

What use are the various BAR assosiations if people like this are still practicing law?

Unless, of course, she is lying. I can think of at least a quarter-million to 300 thousand reasons she would want to say it was all him

Does he have tapes of her? Er, audio recordings?

He’ll have billing records. And at any rate, the lawsuit was international news and the idea that she didn’t authorize it, yet did nothing to stop it in all that time, is ludicrous. My chips are on the lawyer.

It certainly helps when one can’t believe a single word either of them says.

Maybe Stormy Pr0nstar could try that.

OMG, I can totally see the horse face (and neck and chest) in that picture. Looks like a horse rearing up! Too funny

Wait…What? He filed the suit you supported and bragged about without your permission?

Probably more true than we would like to consider.

At least Trump paid her!

He’s getting closer and closer to the 2020 Democratic nomination