Germany to Boost UNRWA Funding as US Cuts Aid

Germany to Boost UNRWA Funding as US Cuts Aid 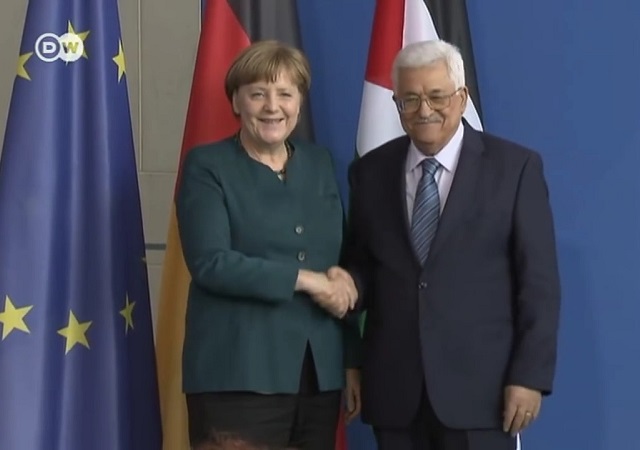 As the United States ends funding for the UN’s Relief and Works Agency for Palestine Refugees (UNRWA), Germany is boosting the aid for the organization. Germany plans to pay a ‘substantial’ amount to offset the shortfall of estimated $217 million created by cutting of the aid by the U.S., German weekly Der Spiegel reports.

According to Der Spiegel, German Foreign Minister Heiko Maas has ordered “additional funds of substantial amount” to be allocated to bailout the troubled UN agency. He also urged the European Union and other countries to raise their contributions in order to build “a sustainable finance basis for the organization.”

On Friday, the State Department announced an end to all funding for the UN agency, saying the U.S. “was no longer willing to shoulder the very disproportionate share.” Describing the UNRWA as an “irredeemably flawed operation,” the department accused the organization of “endlessly and exponentially expanding community of entitled beneficiaries”, thus making it “simply unsustainable.”

Earlier this week, the U.S. ambassador to the UN, Nikki Haley, had slammed the Palestinian leaders for their hypocrisy. “The Palestinians continue to bash America,” Haley said, while “they have their hand out wanting UNRWA money.”

The UNRWA spends over $1 billion annually and the U.S. contributed nearly 30 percent of that budget. In January, President Donald Trump announced his decision to allocate $60 million this year, significantly less than $360 million Obama administration gave in 2016.

In January, the United States ended the funding for the UN’s Relief and Works Agency for Palestine Refugees (UNRWA). Additionally, the White House is reportedly considering to deny the refugee status to millions of Palestinians. The German government wants to support the Palestinian aid agency in a significant way.

As inferred from the communique of the German Foreign Minister Heiko Maas (Social Democrat), “additional funds of substantial amount” are being arranged. And as it would not be sufficient to fill the deficit of $217 million, or €186 million, the European Union should undertake further action.

According to Maas, the UNRWA plays a critical more in providing for people and is of great significance for the stability in the region. The breakdown of the organisation could trigger an “uncontrollable chain reaction.”

Germany has already set aside €81 million for UNRWA, Maas confirmed. The communique of the Social Democratic politician did not specify how much more money would be allocated. [Translated by the author]

The Trump administration had tied the aid to much-needed reform of the UNRWA. The UN agency has been accused of allowing its facilities and resources to be used to indoctrinate Palestinian children in ideologies of Islamic terrorism and antisemitism.

“UNRWA has proven time and again to be an agency that misuses the humanitarian aid of the international community and instead supports anti-Israel propaganda, perpetuates the plight of Palestinian refugees and encourages hate,” Israel’s Ambassador to the UN Danny Danon said earlier this year. “Just over the last year alone, UNRWA officials were elected to the leadership of Hamas in the Gaza Strip, UNRWA schools denied the existence of Israel, and terror tunnels were dug under UNRWA facilities. It is time for this absurdity to end and for humanitarian funds to be directed toward their intended purpose – the welfare of refugees.”

The German decision to bankroll the fledgling UN Palestinian agency is not an isolated response but is part of a new strategy to form a ‘counterweight’ to the United States. Last week, Foreign Minister Maas unveiled an ambitious plan to challenge the U.S. at the world stage.

With Chancellor Angela Merkel at the helm, Germany has become the patron saint of lost causes. From aiding migrant traffickers by dispatching German ‘rescue’ ships to the Mediterranean to spearheading the diplomatic effort to save the Iran nuclear deal, German Chancellor has been using German economic and political muscle to pursue a globalist agenda.

Meanwhile, poverty in Germany is hitting record highs and the elderly Germans are among the worst hit. Nearly 20 percent of Germans are “threatened by poverty,” German Federal Statistical Office revealed earlier this year. Social programs are funneling money to provide welfare benefits to young immigrants, as nearly 2 million of them are now on the dole–another record achieved under Merkel.

If the German Chancellor wants to help the poor and needy, she could consider starting closer to home.

Cut military funding to germany, because we’ll now have the expense trying to mitigate the terrorism germany will be supporting.

Germany is no ally.

Germany, perhaps not. Germans, yes. In fact, there is a renewed vigor in Europe generally. That said, Germany, as Russia, China, etc., may still be a friendly competitor, and an ally with common cause. Time will tell.

“The German decision to bankroll the fledgling UN Palestinian agency is not an isolated response but is part of a new strategy to form a ‘counterweight’ to the United States.”

That other expenses can we offload onto Germany? Even if they are a fair weather ally now, in 20 to 40 years they will be another palestinian like hovel.

I’m so proud of them.

Now are they going to boost military spending so they have at least one functional tank?

A tank indeed! Maybe they can float that new ship of theirs which seems to want to wallow instead of keeping upright.

Germans are paying and paying to learn about Islam. Their quality of life has been ruined by all the Muslims running around their country; some Germans are losing their lives from murderous Muslims; and they’re paying real money to support Muslims there in Germany and in the Mid-East. And now their leaders want them to pay even more.

Ah, the Gutmenschen strike again. For sanctimonious hypocrisy there’s just no topping the Germans. The Dems give them a run for their money, though.

And of course the Germans need the Pali’s to keep up the Good Work which the Germans had to leave unfinished 73 years ago.

I the only one who remembers De-Gall,the latter part being most apt.

Germany, between it’s importation of people who won’t assimilate to a western civilization and it’s own policies of making themselves dependant on Russia, they are slipping back into their previous socialist/fascist (slightly different flavors of the same thing) ways. How many years will it be before we’re dealing with them again? This time as a Islamic-facist country?

well, Jew hate IS a traditional German value, so this makes sense…

If Trump were the evil bastard the Left claims him to be, he’d continue to cut American funding for various UN-sponsored idiocies around the world. The Y’urp-peons would then pick up the slack and fund all those things. We’d be richer, they’d be poorer, and the UN would be just as useless. But not at our expense.

Germany has a habit of making a lot of monetary promises and delivering little.

Yes, and WE are paying for it.

So let me get this straight. The U.S. cuts funds to an organization that supports hate and Germany thinks that replacing those funds will help them be a “counterweight” to the U.S.

Their right, but it’s hard to see what they gain this way. Rather, it puts me in mind of the words of that great philosopher, Tom Lehrer:

“Once all the Germans were warlike and mean
But that couldn’t happen again!
We taught them a lesson in 1918
And they’ve hardly bothered us since then …”

Since Germany has some much money. Let move all troops in Germany back to our Southern Border.

Then lets cut our NATO spending tpath theirs. Cut our UN spending to match theirs. Then place a tariff on all German goods equal to their highest tariff.

That should sent an appropriate message.

Let me add we could sanction Russian Natural Gas for their election interference and then sanction any company or county that buys it.

I read that California is buying Russian gas.

LOL, if they want to be a “counterweight” and assume $300+ million in liabilities EVERY YEAR until the end of time, more power to ’em. As long as the US isn’t paying the bill they’re free to do what they want. But the bill won’t remain $300+ million a year for long because every descendant of anyone that lived there is part of the game. In 20 years it’ll be $600+ million. In 40 years their share will be ~$1.2 billion.

I guess I shouldn’t be surprised because the Germans fund a large share of the anti-Israel NGOs that harass Israel and whip up antisemitic sentiment. Funding a wildly anti-Israel and antisemitic organization is right up their alley.

The worm is turning: as europe tries to.pacify islam and bring islam in their borders, they are setting tbd stage for civil war. We need to stay out of it – but continue to modernize our nukes.

And prosecute the clinton/obama/soros/gope gangsters.

It’s beyond myopic and hypocritical that Germany bans “Holocaust Denial,” but, sees no moral inconsistency in funding the U.N.’s anti-Semitic, anti-Israel propaganda adjuncts, in providing aid to the terrorist-inciting and terrorism-rewarding Fatah regime, and, in enabling (and, enlarging) a domestic and restive Muslim populace that now acts as belligerently and violently as any Waffen-SS group of goose-stepping jackboots, in attacking German Jews who dare to wear religious garb on the streets, or, who otherwise make their presence felt.

Germany bans Nazi symbols and rhetoric, but, allows the adherents of the equally supremacist, totalitarian, belligerent and anti-Semitic ideology of “Submission” to flourish and multiply on its shores.

History will rightly record this as constituting the most contemptible acts of indefensible moral stupidity and bankruptcy.

What Germany needs to do is provide a new homeland for the Muslims who want to destroy Israel and murder Jews. That should be their atonement for their murder of 6 million Jews.

Germany is doomed, Muslims will take over, and we will eventually have to neutron bomb them.