“About 20 percent of people in Germany are threatened by poverty,” says Germany’s Federal Statistical Office 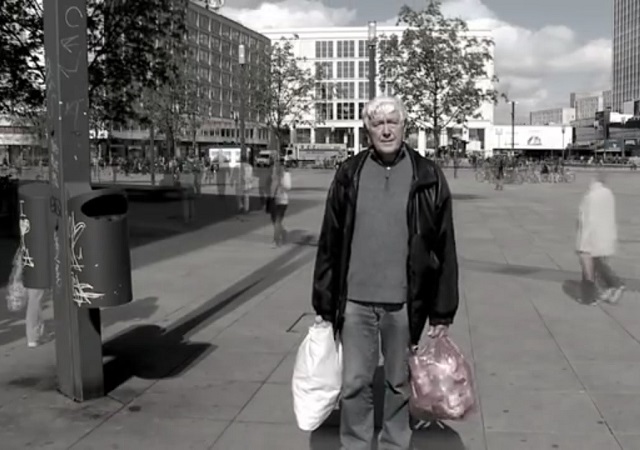 “It’s just obvious you can’t have free immigration and a welfare state,” Nobel prize-winning economist Milton Friedman warned decade ago. Germany, on the brink of Angela Merkel’s fourth term as country’s Chancellor, is discovering the painful truth behind these words.

Latest data released by Germany’s Federal Statistical Office paints a grim picture of the society. Around 16 million Germans were living in poverty — approximately 20 percent of the country’s population. The poverty figure were “higher than ever since the unification,” German media reported. Another German study published last month claimed that 21 percent of German children were living in long-term poverty. Old-age poverty is on the rise as well.

This growing impoverishment of the society comes at a time when German government is spending billions on its ‘Refugee’ Policy. Government spent €20 billion on migrants last year alone. Germany has earmarked €94 billion to cover the cost of migrants for the near future. This does not include the long-term social and economic cost of supporting a large migrant population.

Poverty and other forms of social exclusion affect 16 million people in Germany — 19.7 percent of the population — the Federal Statistical Office reported on Wednesday as part of an EU study.

The study defines threatened people as those who receive less than 60 percent of the median national income, are subjected to severe or persistent material deprivation, or live in households with “very low work intensity.” According to the study, about 16.5 percent of people in Germany face such precarious conditions because they are paid too little. The threshold for determining whether a person is threatened by economic circumstances was €1,064 ($1,233) per month for singles and €2,234 for households with two adults and two children younger than 14.

Materially deprived people — those who cannot afford rent or utilities, for example — amounted to 3.7 percent. (With multiple forms of exclusion, categories overlapped.) Just under 10 percent of people younger than 60 in Germany live in households with very low labor force participation.

While the German politicians and media have been downplaying the economic and social costs of unregulated mass migration from Middle East and North Africa, the reality is coming back to bite the unwitting German taxpayer.

Contrary to what the mainstream media would like you to believe, illegal migrant swarming into Germany won’t be relieving Germany’s aging workforce or become productive citizens in other ways. “More and more foreigners are dependent on the state. In past year, the number of foreigners seeking benefits has gone up by 25 percent,” German newspaper Bild Zeitung reported last month.

Many of the recent migrants, mostly fighting-age Arab and Muslim man, have made themselves at home within Germany’s welfare system. Migrant unemployment has reached record high with 2 million immigrants now on the dole.

Not only will Germany’s Migrant Policy continue to hemorrhage more and more money in form of social benefits for migrants in the foreseeable future, there are long-term costs of Merkel’s open borders for illegal immigrants as well.

Migrants that are already in the country could cost German taxpayer up to €1.5 trillion, claims an economic study published last year. “If the second generation [of these refugees] cannot be integrated into the workforce at par with the native population, this costs will rise up to €1.5 trillion,” Berlin-based think-tank Stiftung Marktwirtschaft believes.

Going by the current trend, Germany will go bust before it gets Islamized.

Hitler is rolling in his bunker.

Pensioner poverty is a growing problem here in Sweden also. Pensioners at assisted living homes are charged a minimum of 3500SEK($417,89US) a month for served meals taken out of their meager pensions while economic migrants with the latest Apple iPhones are provided meals by caterers in asylum housing at a cost to Swedish taxpayers of 572SEK($68,3) per day. Food that they often literally throw back at the staff and if they get really angry they set fire to the housing center. Nine out of ten fires in asylum centers can be proven to be started by the economic migrants themselves but when the fire is burning the MSM rushes to accuse Racists opposed to mass-migration.

There is a lot of resentment that people that have worked their whole life get tiny pensions while economic migrants are put up in hotels, centers and community housing.

In the city of Lund just outside of Malmö the big stink now is that it was discovered that the town government covertly purchased three condominiums in close proximity to one another to house each of an immigrant’s three wives & children. Add that to the housing offer being extended to returning Jihadists and there are even discussions in the MSM beginning to percolate.

There was a housing problem prior to this forced mass immigration and complaints that the government had not upheld their promise to build out the affordable housing project(Miljonprojektet)there was never enough in the budget but because of this insanity the government announced that they are going to build 9 additional towns to accommodate the hundreds of thousands of migrants into this country of Sweden with a population of NYC. Migrants are also placed at the top of waiting lists in front of citizens that have been on lists for years.

“The study defines threatened people as those who receive less than 60 percent of the median national income, are subjected to severe or persistent material deprivation, or live in households with very low work intensity.”

Well, yes, that “low work intensity” does tend to produce low income. But, are we talking about those who can’t work due to disability, or just those (immigrants and others) who don’t wish to and who are willing to live on a minimal income so long as they don’t have to work for it (Hey, where’s my taxpayer-guaranteed minimum income check)? If it’s that latter, how eager are voters to pay up?

“Materially deprived people — those who cannot afford rent or utilities, for example — amounted to 3.7 percent.”

A few million more “refugees” will fix them right up.