“Today’s proposal provides the states and regulated community the certainty they need to continue environmental progress.” 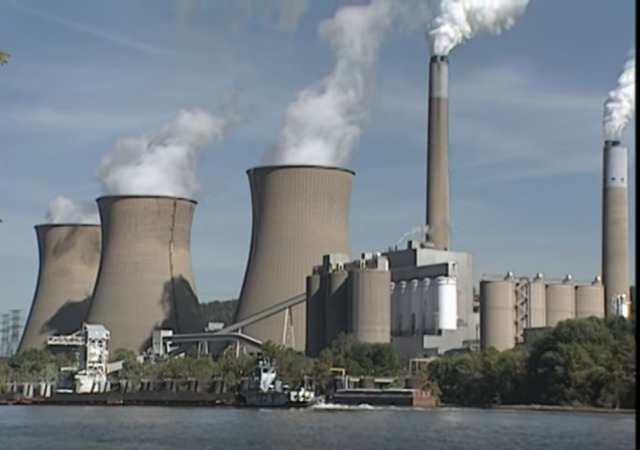 Andrew Wheeler, the acting head of the EPA, signed a proposal that will undo President Barack Obama’s Clean Power Plan and establish new rules for coal plants. From The Washington Examiner:

The Environmental Protection Agency on Tuesday morning released its plan, renamed the “Affordable Clean Energy Rule,” that the agency said would provide $400 million in annual benefits, while reducing carbon emission levels by up to 1.5 percent by 2030. President Trump is expected to tout the new rule at a rally in coal-friendly West Virginia Tuesday night.

The STATES. Yes, the power will go back to the states. From The Wall Street Journal (emphasis mine):

While the proposal meets many of the headline demands the coal industry has made for years, Mr. Wheeler, himself a former coal industry lobbyist, denied it is designed specifically to save coal. Instead, he stressed the effort gives the states authority to make determinations on which fuels should be part of their electricity system to ensure reliable power and clean air.

Every state is different. Like people, you cannot treat all states the same way.

The new plan, an advance copy of which was reviewed by The Wall Street Journal, recommends a menu of upgrades designed to let coal-fired plants produce energy with less fuel and seeks to eliminate triggers that mandate costly technological overhauls at coal plants. While the Clean Power Plan was designed to reduce greenhouse gases and fight the cause of climate change, the Trump administration cast the regulation as setting unfair rules that coal plants wouldn’t be able to meet.

“The entire Obama administration plan was centered around doing away with coal,” Mr. Wheeler said in an interview.

Now before anyone gets all outragey over this, it looks like the plan will reduce coal consumption like Obama’s plan, but “at a slower rate.” Besides, no one ever implemented Obama’s Clean Power Plan due to a Supreme Court stay.

It also appears that power companies won’t change their ways as they “have already said they expect to keep up a large-scale shift to cleaner fuels increasingly demanded by their customers.” Natural gas remains cheaper than coal, too.

David Doniger, who worked as the director of climate change policy under President Bill Clinton, told WSJ that these “policies are not going to bring back coal.”

This news is great for President Donald Trump as he heads to West Virginia to campaign for Attorney General Patrick Morrisey’s run against incumbent Democrat Joe Manchin.

Will be going to the Great State of West Virginia on Tuesday Night to campaign & do a Rally Speech for a hard working and spectacular person, A.G. Patrick Morrisey, who is running for the U.S. Senate. Patrick has great Energy & Stamina-I need his VOTE to MAGA. Total Endorsement!

Hopefully, they can put a stake through the heart of carbon capture plans, which run about $120+ per ton of CO2 at about an additional 17cents per kwh, putting coal far out of the profitability range.

Imagine the millions of tons of solid waste produced by CO2 capture.

OMG, look at all that polluting Dihydrogen monoxide vapor being dumped into the air by those stacks!

Coal was a great fuel for the 19th century, ad it was better than burning every available tree, branch, and leaf. Until we can figure some way to burn the stuff cleanly, it is obsolete.

Power plants that converted to gas are not going back to coal, because gas is so much cleaner that the plants can run a different cycle and extract about twice as much of the fuel energy.

Coal is quite clean now with techniques in place. Nothing is perfect. Gas ia cleaner but the so-called environmentalists will attempt to thwart that also.

Modern coal plants have scrubbers that eliminate everything but CO2 and water vapor. That’s why they had to turn CO2 into a pollutant. Nobody would have believed them if they’d started wailing about clouds.

The EPA rolled out another study that seems to be a companion of these new rules. It carries the heady title “Regulatory Impact Analysis for the Proposed Emission Guidelines for Greenhouse Gas Emissions from Existing Electric Utility Generating Units; Revisions to Emission Guideline Implementing Regulations; Revisions to New Source Review Program.”

It is being used by the enviro-activists to show how the new rules are going to kill everyone. However; buried in the report is the fun little disclaimer:

As previously stated, this analysis is intended to be illustrative, and not intended to evaluate the many specific approaches that individual states might choose as they implement BSER, or how sources might have responded to those specific policy signals or requirements. It is important to note, that EPA has not analyzed or modeled a specific standard of performance, given that this proposal establishes BSER, and it is up to states to determine appropriate standards of performance for sources. It is important to note that there is inadequate and incomplete information regarding how states might specifically implement this rule, and the estimated range of costs and impacts presented in this chapter is based on the assumptions described above.

Sigh. Same ol’ crap, that unless it’s being done by the bureaucrats in DC it doesn’t count.